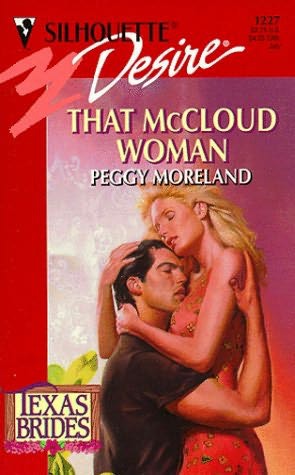 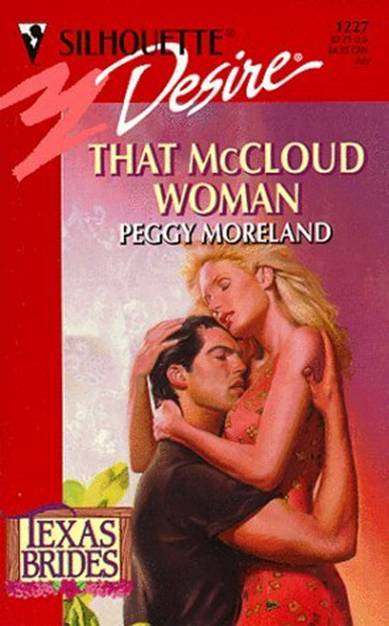 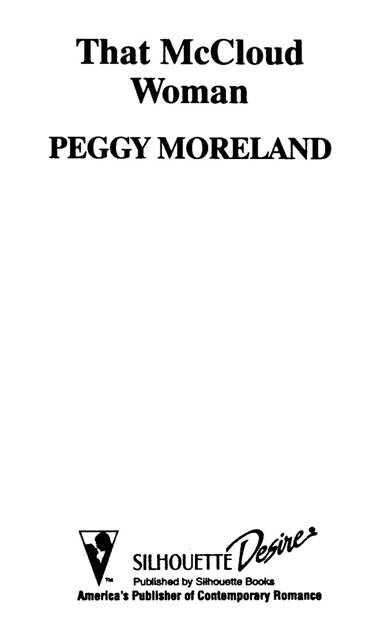 W
ith nowhere to
go, and in no hurry to get there, Jack Cordell dumped a second spoonful of
sugar into his coffee and slowly stirred, killing time.

The
town he'd stopped in for lunch was a small one, the diner he'd chosen a mom and
pop type place that boasted home-style cooking and a blue plate special for
$4.95. Though the price of the food mattered little to Jack, the appeal of a
home-cooked meal did. After six months on the road, eating cardboard-flavored
food, his stomach had been ready for something with a little sustenance to it.

Though
crowded and noisy when he'd first arrived, the diner was nearly empty now, the
only sound the rattle of pans from the kitchen and the occasional squeak of the
waitress's crepe-soled shoes on the worn linoleum as she went about her duties,
clearing off tables after the noon rush. The woman looked to be on the downhill
side of fifty, full breasted, thick-waisted and with a tongue as sharp as the
pencil tucked behind her ear. She wore her hair piled high on top of her head,
a metallic gold clamp of some sort holding her bottle-red hair in place. She
worked with an efficiency of movement that said she was an old hand at slinging
hash.

The
dusty plate-glass window on Jack's right offered him a bird's-eye view of the
diner's empty parking lot, the bank across the street and the post office
beside it. With a slight turn of his head, he had a clear shot of the entire
downtown area. All two blocks of it. Though he'd spent the last five years in Houston and was accustomed to its towering skyline and traffic-clogged expressways, Jack
had grown up in a town about the size of Driftwood, and found the small town
appealing, almost peaceful.

And
it had been a long time since Jack had known any peace.

As
he stared at the big, lazy-branched oak that shaded the bank's entrance, a
weariness settled on his shoulders. He was tired of running. Tired of living
out of his truck, eating his meals out of grease-stained paper sacks. Tired of
the monotony of chasing a white line, his only companion a fifth of whiskey he
kept tucked underneath the front seat, while he tried to outrun his guilt, his
grief—and when he couldn't outrun it, drown it. Neither seemed to work. The
guilt still weighed heavily on him, the grief a cancer eating away at what
remained of his heart.

He
knew he had a home to go to, a business to tend. But the idea of returning to
either held no appeal. Not anymore.

As
he stared at the big oak, his thoughts bluer than blue, his heart a lead weight
in his chest, a woman stepped from the bank's double doors and started across
the street. She was a petite little thing, fragile looking.

The
thick mane of white-blond hair that hung just past her shoulders only added to
that fragility. She wore a long, sleeveless dress of the palest blue that hit
her about midcalf. One of those shapeless dresses that didn't offer a clue to
the figure beneath. Thin-strapped sandals, though, exposed small, slender feet,
and a hint that the rest of her might be similarly proportioned.

With
her chin dipped down, he didn't have a clear view of her face, but he couldn't
help but notice the way she walked—kind of slowlike, her posture that of a
person lost in deep contemplation. As he watched, a sigh seemed to move through
her and she lifted her head, squaring her shoulders. At the same time, her
steps quickened, bringing her closer to the diner and the window he watched her
through.

He
focused on her face and was struck by the oddest sensation. It was like looking
into the face of an angel. A sexy-looking angel, without question, but an
angel, nonetheless. Creamy, smooth complexion. Delicate features almost too
perfect to be real. Bright, clear blue eyes. Full, moist lips. An innate
sexuality in her movements stirred parts of his body that he was sure had died
on the vine months ago.

He
lost sight of her as she skipped up the steps to the diner, and he quickly
shifted his gaze to the door, waiting for her to step inside. She pushed her
way through the entrance, bringing a blast of hot, humid air with her. She
paused, glancing around, and met his gaze for the briefest of seconds. When she
did, the sweetest, yet most sensual smile touched her lips before she turned
away and headed for the counter.

She
brushed damp hair from her forehead. "Maudie," he heard her say,
"I sure hope you saved me a tall glass of that lime iced tea you're so
famous for."

The
waitress caught up her apron to wipe her hands, her carmine-painted lips
splitting in a welcoming smile. "Thirsty, are you?"

"Parched."
The sexy angel—as Jack had already started to think of her—sank down onto a
stool at the counter, her dress settling like a billowy cloud around her legs.
She propped an elbow on the counter and fanned her face with a delicately boned
hand. "I swear, it's hot enough out there to fry eggs on the
sidewalk."

Maudie
shoveled a scoop of ice into a glass. "Did you hear that, Ed?" she yelled
through the pass-through window that opened to the kitchen. She hefted an
aluminum pitcher and poured tea into the glass without spilling a drop.
"Alayna says we could fry eggs on the sidewalk. Why don't you turn off the
grill and move your cookin' outside? It'd sure cool things off in here. Might
even save us some money on gas."

Jack
heard a gruff, male voice, but couldn't make out the man's reply. Alayna—thanks
to Maudie, he now had a name to associate with the sexy angel—touched her
fingertips to her chest and batted her eyes at the man on the other side of the
window. Her voice all but dripped southern honey as she replied, "My-y, oh
my-y, Ed, but you do-o-o know how to turn a woman's head with your sweet
talk."

Maudie
tossed back her head and hooted at the ceiling. "Alayna, I'll swear, for a
minute there, you sounded just like your mother." She shook her head,
still chuckling, as she pulled up a stool on the opposite side of the counter.
"How's the old bat doin', anyway?"

Alayna
didn't even flinch at the verbal slur to her mother. "Fine. Giving Daddy
heck, as usual."

"Serves
him right for goin' off and marryin' a Southern Belle and abandoning his home
state of Texas."

Maudie
shook her head regretfully as she picked up a glass to polish, obviously preparing
to settle in for a long gossip. "So how's the remodelin' comin'
along?"

Her
smile fading a bit, Alayna took a sip of tea, then set the glass down and
plucked a napkin from the chrome dispenser on the counter. "Not very well,
I'm afraid." She dabbed at the corners of her mouth—a definite stall
tactic in Jack's estimation—then frowned, wadding the napkin in her fist.
"Frank left."

Maudie's
eyes widened, then narrowed. "How much did he take you for?"

Jack
watched Alayna's cheeks turn an engaging shade of pink, before she lifted her
glass as if to hide behind it. "Enough," he heard her murmur.

Maudie
slapped the counter hard enough to make the napkin dispenser rock and Alayna
jump a good two inches off the stool. "That no-count drifter. I knew he'd
end up scammin' you. Didn't I tell you that you couldn't trust that
polecat?"

Alayna's
cheeks pinkened even more, but whether from embarrassment or in defiance, Jack
wasn't sure.

"Yes,
you did," he heard her reply. "But I had little choice but to hire
him. He was the only man in town with the skills necessary to remodel the Pond
House for me and the only one who was willing to take on the job."

"Humph!
I guess so. The name McCloud would be temptin' enough for a double-dealin'
snake like Frank, but with you wearin' the title of doctor, too, I'm sure he
saw nothin' but deep pockets and a chance for some easy money."

A doctor, huh?
Jack knew he
was eavesdropping, but couldn't seem to work up the good manners required to
block out the conversation. And now he had a last name to attach to the woman.
Alayna McCloud. He liked the sound of it. Soft and feminine, but with an
underlying strength. Much like his impression of the woman.

He
shook his head with regret as he digested what he'd heard. So she'd been
scammed by a remodeler? It wouldn't be the first time he'd heard of that
happening.

"He
did make the house livable," he heard her say in the man's defense.
"And the kitchen and two of the bathrooms are at least functional."

"And
I suppose you paid him up-front?"

"Well,"
she began evasively, "not all of it. Besides, he said he needed the money
to pay his rent or his landlord was going to kick him and his family out on the
street."

"Landsakes,
Alayna! Frank doesn't have any family. You let that man work on your
heartstrings while he shoulda' been workin' on your house." Alayna's chin
snapped up at the criticism and Maudie sighed heavily. "So what are you
going to do now?"

Alayna
glanced down at the counter and dipped her finger in the condensation the glass
had left there, her brow furrowing. "I thought I might run an ad in the Austin paper." She lifted her face, her eyes so full of innocence and hope that Jack
felt the need to put a fist in the face of the man who'd cheated her. "Do
you think there might be a carpenter there in need of a job?"

Jack's
ears perked up at the word "carpenter" and an itch jumped to life on
his palms. He rubbed his hands along his thighs to ease it. It had been years
since he'd swung a hammer, worked a lathe, felt the satisfaction of wood
warming beneath his hands. Uncovering the grain in a piece of painted wood,
pumping blood back into an old house. He was a carpenter by trade, but all he'd
done for the last couple of years was push papers, put out fires, haggle with
subcontractors and inspectors. Did he really want to go back to that? Did he
even want to go back to Houston at all?

He
glanced out the window at the big oak with its barrel-size trunk and sprawling
branches. He squinted his eyes and looked farther, taking note of the quiet
street and the quaint shops that lined both sides. He'd grown up in a town like
this, before moving to Houston. Small. Friendly. Where everybody knew everybody
… and their business.

Pandora by Anne Rice
Everything I Have (Everything I Want #3) by Natalie Barnes
Heartstopper by Joy Fielding
Gregor and the Curse of the Warmbloods-3 by Suzanne Collins
A Rose in Splendor by Laura Parker
Picture Perfect by Dixon, Camille
The Pretty Lady and the Cowboy (Songs from the Heart) by Lee, Dana
The Last Song by Nicholas Sparks
The Runaway Summer by Nina Bawden
True Navy Blue: SEAL Brotherhood, True Blue SEALs Series Premiere by Sharon Hamilton