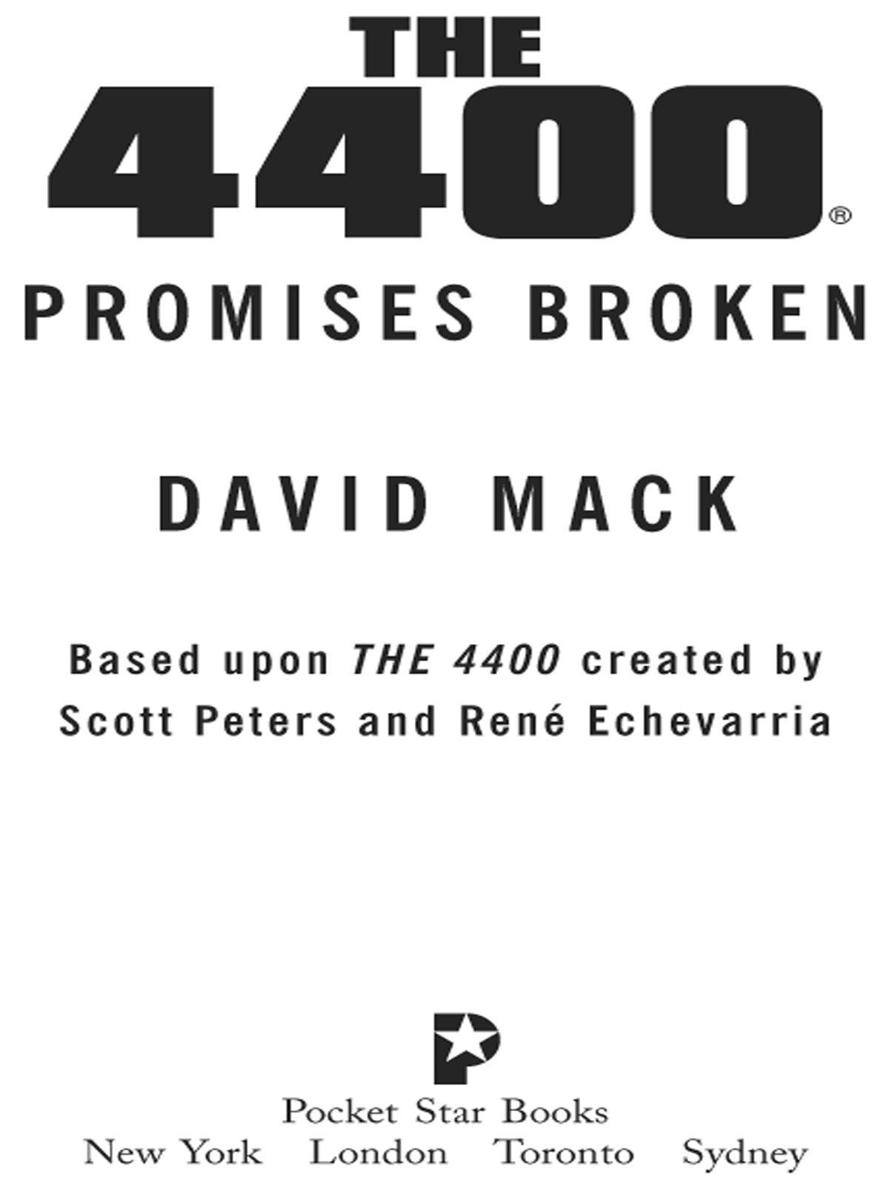 “This is a neutron bomb for promicin. It takes away the powers but leaves the people unharmed.”

Dennis Ryland nodded. “What are its range and area of effect?”

Wells exchanged looks with Jakes and Kuroda, then said, “From an airborne platform at twenty miles’ range, you could zap a major city with two bursts in about five minutes.”

“Good,” Dennis said. “That’s very good. Will the people on the ground feel anything?”

“Not a thing,” Jakes said, rejoining the conversation. “They won’t know what’s happened till they go to use their promicin powers—and find out they don’t exist anymore.”

Dennis imagined Jordan Collier’s smug little smirk turning into a look of horror. The thought put a smile on Dennis’s face. “How long until we have a working prototype?”

Jakes shrugged. “Once you give us the sample? Maybe two or three days, barring any mishaps or interference.”

“Excellent,” Dennis said. He picked up a phone. “I’ll tell my crew to bring it down.” He punched in a Haspelcorp number that would connect him directly to the crew in the jet. As the line rang, he told the scientists, “Work quickly. We might need this sooner than we thought.”

“Don’t worry, Mister Ryland,” Jakes said with a beatific smile. “Soon, the world will be completely back to normal.”

Based upon
THE 4400
created by
Scott Peters and René Echevarria

This book is a work of fiction. Names, characters, places,
and incidents either are products of the author’s imagination
or are used fictitiously. Any resemblance to actual events or
locales or persons, living or dead, is entirely coincidental.

® and © 2009 by CBS Studios Productions LLC. All Rights Reserved.

All rights reserved, including the right to reproduce this book or
portions thereof in any form whatsoever. For information, address
Pocket Books Subsidiary Rights Department,
1230 Avenue of the Americas, New York, NY 10020.

For those who show us that, together,
we
can
change the world

These all died in faith, not having received the promises, but having seen them afar off, and were persuaded of them, and embraced them, and confessed that they were strangers and pilgrims on the earth.

Part One
Strangers and Pilgrims
ONE

N
AKED AND SHIVERING
, Roger Keegan awoke bound to a chair. He sat in the center of a pool of harsh incandescent light, but the room around him was pitch-dark. His feet were flat on the cold concrete floor. Metal handcuffs bit into his wrists, which were secured behind his back. All he could smell was ammonia.

Looks like a cellar
, he thought.
Am I still at the casino?
He had come to Las Vegas for a few days of well-earned vacation: some cards, some strippers, maybe some surf-and-turf. Somewhere between his six Cuervo-and-Cokes at the Mirage and his visit to a nearby gentlemen’s club, something had gone very, very wrong.

A door creaked open in the darkness, but there was no light to draw Roger’s eye. Footsteps were answered by crisp echoes as they drew closer.

Roger swallowed in a futile effort to expel the sour taste of metabolized booze from his tongue, which was
coated in a vile paste. Squinting, the forty-two-year-old middle manager saw three dark figures step into the ring of shadow just outside his circle of light. Two looked like men; the other had the appealing curves of a woman.

The man on the left lit a cigarette, illuminating his brown face with a flicker of orange flame. Then he flipped his lighter shut, and all that remained was the red pinpoint at the end of his cigarette. Roger winced at the pungent aroma of tobacco. Whatever the man was smoking, it was harsh and bitter.

Throwing fearful looks at each member of the trio, Roger said, “Wait a second, there’s gotta be a mistake! I’m just a sales rep! My name’s Roger Keegan, I don’t—” The clack of a round being chambered into a semiautomatic pistol cut him off.

“We should get started,” said the man in the middle. He and his two compatriots stepped into the light.

They were attired in casual business clothing—suits without ties for the men, a simple gray skirt-and-jacket ensemble for the woman. She was pale and blond, and held an odd-looking device with a syringe and a needle. Roger didn’t recognize her or the black man with the cigarette. Standing between them, however, was a man with a graying beard who looked familiar.

It took Roger a moment to dredge the man’s name from his memory. Then it came to him. “Holy shit!” he exclaimed, eyes wide with disbelief. “You’re George Sterling! Is this a movie?”

The famous Hollywood producer-director ignored Roger and extended a hand to his male colleague. “Let’s get on with it.”

The black man handed Sterling the pistol. He and the woman stepped back as Sterling released the weapon’s safety and looked at Roger.

“You’re a lucky man,” Sterling said. Then the movie mogul lifted the gun, pressed the muzzle to his own grayed temple, and pulled the trigger.

The shot resounded off the floor and walls as the left side of Sterling’s head vanished in a pulpy red spray.

His body went limp, fell face-first at Roger’s feet, and landed with a meaty slap. The pistol tumbled from his hand and clattered across the floor.

Blood spread in a swift tide around Roger’s bare feet. Trembling now with fear and adrenaline, he shouted at the blond woman and the black man, “What the hell’s going on?”

They didn’t answer him. The blonde stepped forward, kneeled beside the dead Hollywood titan, and jabbed the needle of her gadget into the base of his skull, into his spinal cord. She tapped a touchpad on the side of the device. A moment later, a shimmering silver fluid began filling the syringe behind the needle, drawn up and out of Sterling’s neck.

Roger yelled, “Who are you people? What is that?”

The blonde removed the needle from Sterling’s neck, stood, and walked toward Roger. “Hold him,” she said.

Her cohort wrapped one muscular arm around Roger’s throat and jaw. With precision and force, he twisted Roger’s chin and immobilized his head.

The woman met his plea with a cold smirk and icy blue eyes. “What is it you think we’re about to do?”

Stroking his cheek, she asked, “Then why be afraid?”

While he was still concocting an answer, she jabbed the needle into the nape of his neck. Piercing agony traveled down his spine like an electric jolt. Then a searing heat flowed into him, purpling his vision and filling his head with vertigo.

He felt himself scream, but he heard only silence.

Jakes hadn’t felt any fear as he’d pulled the trigger. This death would be merely an interlude, and a brief one at that.

Putting a bullet through his brain had still hurt, though.

He inhaled sharply as he felt his consciousness take root in a new form. This body’s senses were sharp. He caught the competing fragrances of cheap cologne and expensive perfume.

His eyes opened, and he saw his fellow agents of the Marked. “I’m all right, Wells,” he said to his male colleague.

They were each two or three bodies removed from who they had been in the future, before their identities had
been encoded into nanites for their perilous undercover mission into the past. When they had first hijacked new personas, they had agreed to call one another by their new names, to maintain their covers and avoid confusion. With so few of them left, however, there was no reason not to revert to their true names.

Pleased by his new voice, he asked, “How long did it take?”

“Less than two minutes,” Wells said. He glanced at Kuroda, who put away the nanite-transfer device. “The upgrades to the bonding process worked better than we’d hoped.”

Jakes nodded. “Good. Then you won’t mind untying me.”

“If we must,” Wells joked. He stepped behind the chair and removed the handcuffs from Jakes’s wrists.

While his comrade untied the rest of his restraints, Jakes massaged his new wrists, scowled at the glare of the light above his head, and wrinkled his nose at the lingering bite of sulfur in the air. He looked at George Sterling’s bloody corpse. It galled him to give up an identity that had blessed him with such vast wealth and influence, but it was for the best.