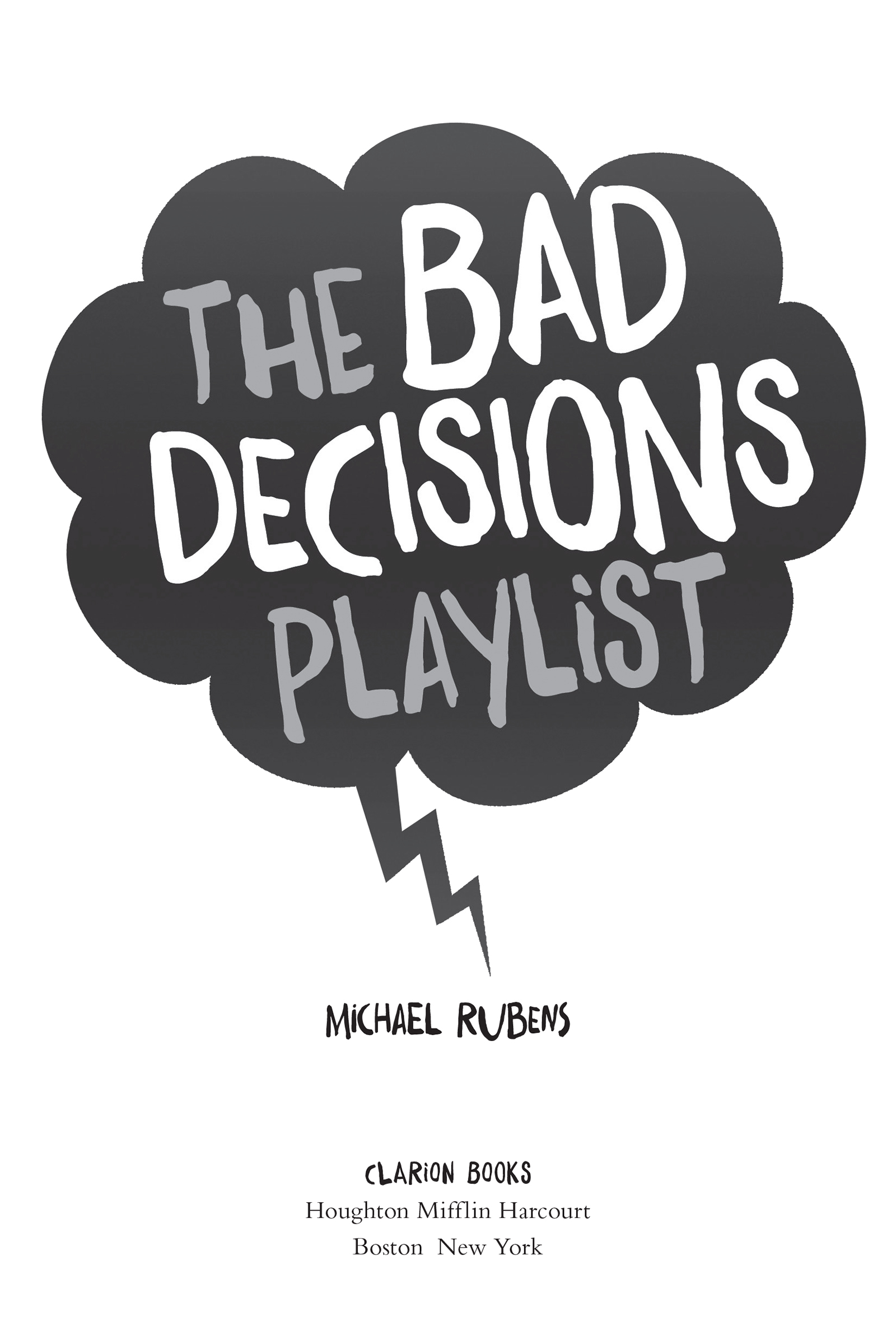 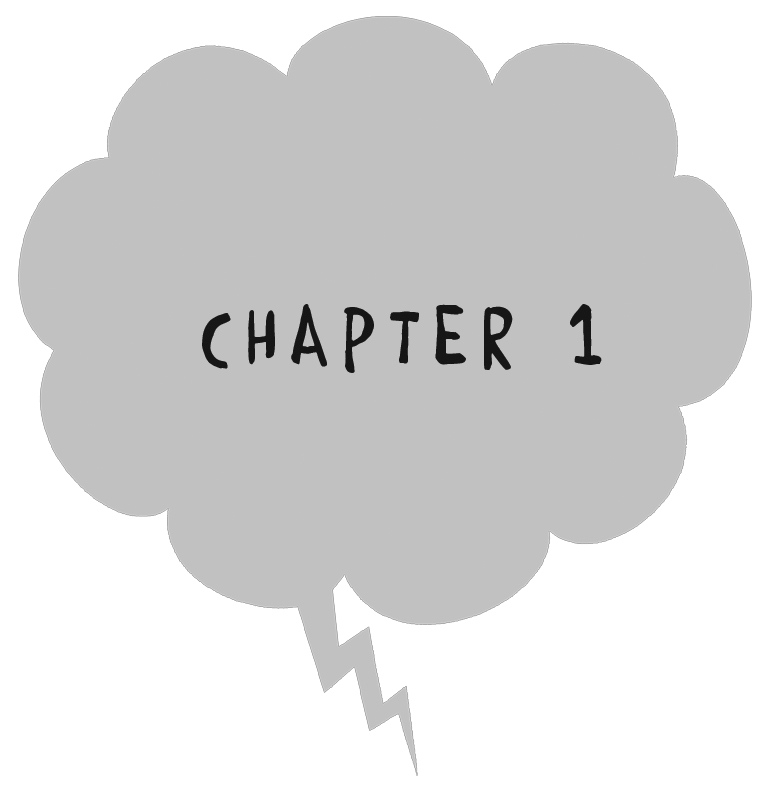 well me and trouble, we met in the middle /

what a sight for the devil to see

I'm lazy, and I'm a coward, but I'll do pretty much anything if a girl is watching.

And there're several of them watching right now, really good-looking ones, maybe the best-looking in school, at least in that blond cheerleadery sort of way, because that's what they areâââAlison Johnson and Kate Schwartz and Patty Nordstrom and Marcy Ueland, all of them calling out to me and laughing and egging me on.

Which is why I'm doing something this dumb-ass stupid, standing in the canoe like a Venetian gondolier as I wobble my way across Cedar Lake, paddling an erratic line toward the beach where they're all stretched out like languid kittens in bikinis.

“Hold tight, ladies!” I call out. “I'm coming to serenade you!” They cheer and hoot and applaud.

Whoa. Bad wobble. High-wire moment of flailing arms and stuttery teeter-tottering, then I recover. Not sure if the weed is helping or hurting.

“I'm fine! No worries!” I announce, and keep paddling.

How many different flavors of stupid is this? A few. First off because
of course
it's not just the hot cheerleaders on the beach, it's the hot cheerleaders and the four massive scowling guys from the varsity hockey team, and even from fifty yards away I can tell that they're a lot less amused by my impending visit than the girls are. I can make out a torn-open case of Miller High Life and lots of empties on the beach, and each hockey player has a can in his hand. Just what they need to make them less aggro: beer.

As I was climbing into the canoe, preparing to set off from the little willow-protected cove where Devon and Alex and I were smoking the world's worst pot, Devon said, “Dude, Todd Malloy is over there.”

Todd Malloy, legendary bully and scourge of the Edina public school system. Not nearly the biggest of them all, but by far the meanest. The sort of person who would push a kid with cerebral palsy. Which he's done, because I saw him. And then punch the kid who makes a halfhearted attempt to intervene. Which he's also done, because I saw that, too. Up close, because that intervener was me. I got a black eye for my efforts, and there wasn't even a girl watching.

Just before I pushed off, Devon said, “What are you doing? You think you're going to add those girls to your playlist?”

His term, not mine, for the girls I've been with.

“Where's your sense of romance and adventure?” I asked him.

“Where's your sense of not getting your ass kicked?”

“It's all right,” said Alex, who I'd thought was asleep, his spiky bleached punk-rock hair crunched into the damp sand. “He won't even make it over there.”

Which is probably accurate. That's part two of the stupid. Everyone knows you shouldn't really stand up in a canoe, especially when you're a wee bit altered, but of course being a wee bit altered tends to make you forget those sorts of facts. I'm pretty likely to do a header into the lake, and I'm not a great swimmer, so there's a good chance I'll drown and get eaten by carp.

Which might actually be a blessing, considering I've got the mandolin slung over my shoulderâââstupid part threeâââand it won't survive a dunk in the murky gray-green water any better than me. And it's not just any old mandolin. It's an
actual
old mandolin, a beautiful bluegrass mandolin. Vintage. Antique.

Strictly speaking, it belongs to Rick the Lawyer, my mom's boyfriend. He bought it to demonstrate to her that she's rubbing off on him, that he's learning to be like her, to be
fun!
Yayyy!
A grateful lab rat in her grand project, Extracting the Stick from Rick's Rectum:
C'mon, Rick! Let's take swing-dance lessons! C'mon, Rick! Let's go to the circus! C'mon! Let's go on a hot-air-balloon ride! C'mon! You should get a hobby! Wheee!

So he surprised her by getting the mandolin. Except you know how often he plays it? NEVER. And you know what it sounded like the few times that he has? ASS. It's just another expensive thing for him to collect, like the way he
has
to have the most expensive watch and
has
to have the Audi TT, and the carbon-fiber bike that I think he's ridden, like, once, and the frigging seventy-two-inch flat-screen TV in his downtown Minneapolis apartment. Which, yes, is the penthouse.

He brought the mandolin over to our house about six months ago during one of their “sleepovers”âââthat's what my mom calls it when they both need to get someâââand then he left it there. I think he was sort of showing offâââ
Look at my new toy!
ââbecause he knows I like to play instruments and write songs and whatnot, and other than a twenty-five-dollar keyboard and a garage-sale ukulele, all I have is the crappy guitar my mystery dad left behind when he died, which was before I was even born.

Sleepovers.
Just call them humpy-humpy time. I'm sixteen. I get it.

I always used to ask my mom about my real dadâââWho was he? What did he do? What was he like? She'd deflect and deflect and deflect, until finally one evening at dinner she blew up and slammed down her fork and said, “He was an
asshole,
okay?”

I was six. That's the last time I asked.

Anyways, the mandolin. Rick leaves the mandolin at my mom's, but he also tells me not to touch it. Like he's taunting me. Actually, he tells
my
mom
to tell me: “Honey, Richard would prefer that you only handle the mandolin when he's there to supervise.”

I need you to understand how beautiful this mandolin sounds. Not plinky-plinky and annoying, but rich and warm and lovely, tobacco and honey and brilliant stars in the summer night sky.

It seemed a shame to keep that loveliness trapped and voiceless in a hard-shell case, so I started pulling out the mandolin and researching stuff on the Web and practicing a lot while my mom earned her twelve dollars an hour at the salon doing the nails of rich Edina ladies. I'm pretty much crap at, let's see .Â .Â . everything. Life in general, really. But I can sing, and I can play things. I can play guitar and ukulele really well, I can play keyboards not too horribly, and I'm no Chris Thile, but now I can play this beautiful mandolin.

So earlier today, when Devon came rattling over in his dying Subaru and asked if I wanted to head to the lake and rent a canoe, I said, Hold on, let me grab something.

What other stupid things have I done for girls?

In third grade I walked across the top of the monkey bars in the school playground because Martha Meinke was watching. I entertained her with the little dance I did in the middle of the bars, and then by breaking my arm when I fell.

I lost a tooth and gained a concussion for Danica Morgan, something involving a steep hill and a sled and a jump and an oak tree.

I gave Kelly Harmon a ride around the block in my mom's car, which resulted in exactly zero injuries to either car or occupants, but I still got in trouble, seeing as how I was thirteen at the time. Grounded for two weeks, no TV, no sweet cereal, no comic books, no Internet, but worth it for the kiss I earned.

Later on, things got more complex.

I started running for Samantha Wu. That lasted three days and one puke.

I took Spanish because Annie Narcisse idly mentioned that she wanted to know what the Clash were singing in the background of “Should I Stay or Should I Go.” That lasted one semester and a D minus.

There was a brief and really weird episode I'd rather not go into where I joined an evangelical church group because of Jennifer Vikmanis.

I started smoking for Gretchen Olson. I tried to stop smoking for Abby Winter. There was trail hiking for Jessica Clift, PETA stuff for Elizabeth Conner, astronomy for Lara Denton (late nights; lots of naughtiness under the stars). I have a messy blotch of an abandoned homemade tattoo on my forearm which I started for Erin Baltimore.

Oh, right, the only thing I'm
really
ashamed of: For Hayley Benson I pretended for several months to like EDM.

“Are you ladies ready for awesomeness?”

More cheers and hooting. More dark scowls from non-females. I'm about twenty yards from the beach.

Did I mention that, amid all the other stupid, I shouldn't be here at all? Because I shouldn't be here at all. Where I should be is at the first day of summer school. Math. I have particular issues with math. I need to overcome those issues, or I'll be repeating eleventh grade. So Monday mornings are reserved for summer school. But the weather is so nice this morning, and I'm sure I can just show up next week, and
carpe
YOLO .Â .Â .