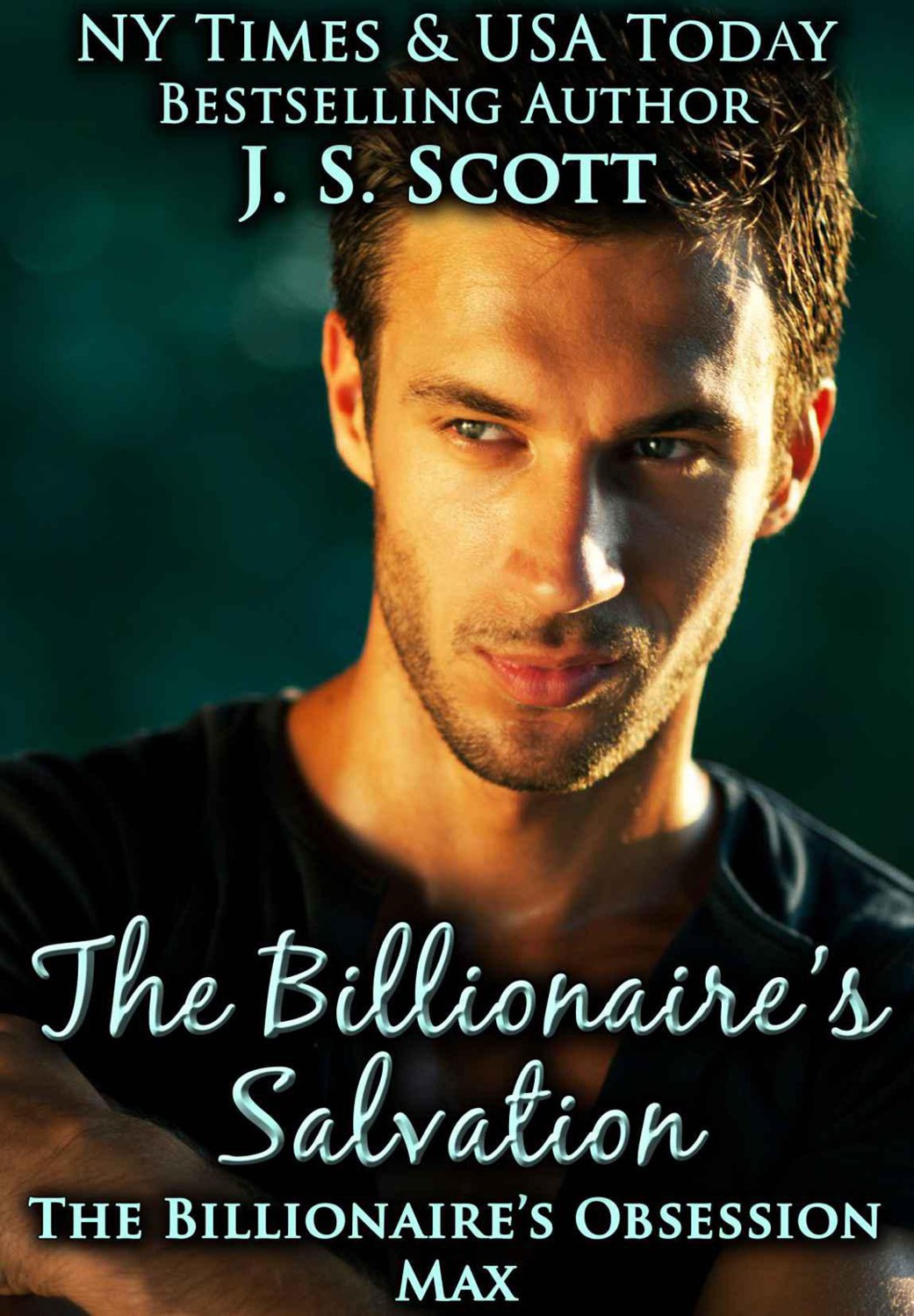 All rights reserved. This book or any portion thereof may not be reproduced or used in any manner whatsoever without the express written permission of the publisher or author, except for the use of brief quotations in a book review. The story contained within is the work of fiction. Names and characters are the product of the author’s imagination and any resemblance to actual person’s living or dead, is entirely coincidental.

This one is for all of my incredible friends who have supported my writing and who bring me so much joy every single day: Melissa, Clara, Judy, Chrissy and Rita. I’m grateful to have such strong, supportive and awesome women as friends. You girls
rock!

M
ax Hamilton stood on the sandy stretch of beach at the back of his home, shivering as he stared blankly at the ocean, and scowling at the water crashing to the shore as though it were the enemy. The night was nearly pitch-black, but there was enough illumination from the moon and stars to see the churning ocean in front of him. In a very elemental way, it
was
his nemesis, the body of water that had taken Mia away from him. And at the moment, he resented every drop of water in the Atlantic Ocean. Somewhere, his wife was lifelessly floating in this body of water, buried in a watery grave, and he could feel her moving farther and farther away from him. It was as though she had torn his heart from his chest and carried it with her, and he was standing here helplessly, bleeding out from the gaping
wound.

He put a hand to his chest and rubbed, but it didn’t stop the excruciating
pain.

No…dammit. She can’t be gone. I thought I had plenty of time to figure out my irrational emotions. I thought I could work everything out of my system and love her the way she deserved to be
loved.

His legs weak, he dropped to the sand on his ass, the moisture sinking into the denim of his jeans, but he ignored it, his gaze fixated on the water. He was too numb to feel the external elements, too devastated to care, his whole being focused on Mia, as though he could bring her back by sheer force of will. He ignored not only the chill of the wind buffeting his body, which was clad only in a t-shirt and jeans, but the mosquitoes making a meal of his exposed flesh, and the excruciating sense of loss that was so painful he had to block it or go
insane.

Every muscle in his body was tense, his fists clenched, his brain trying to keep his emotions in check. To mourn would mean that he was accepting the fact that Mia was gone forever, and he didn’t want to believe it. Screw it. He’d stay in denial. If he accepted that she had drowned off the shore of this very beach, he’d never live through the agony of
it.

Max Hamilton didn’t cry. Never had. Even when his parents had been killed in a tragic accident, he’d buried the urge, knowing they’d be ashamed of him. No Hamilton wallowed in emotion or let it overrule logic and control. He knew his parents had loved him, but they had been born into wealth, and they’d always taught him how to behave with decorum and moderation. His mom and dad always said he was a perfect child, and they were proud of him. Having been adopted, Max had always wanted to stay perfect, and he’d tried, even after they’d died. The habit of trying to stay aloof and detached was something he associated with love and approval. Now, he wasn’t so sure, his gut telling him that Mia may have died never knowing exactly how he felt about
her.

Unfortunately, he wasn’t feeling very level or solid at the moment, and his usual Hamilton demeanor was deserting him completely.

Mia had disappeared from this spot exactly one week ago—her bag, clothing, and phone left on this stretch of sand. She’d always loved to take a quick swim here, calling it her own little piece of paradise.

Closing his eyes, Max pictured her face, her mischievous expression and teasing smile. Christ, how he hated it when she went swimming alone, did things that he considered dangerous. He’d lectured her like a teacher might do with a student, but she’d always laughed at him, cajoling him out of his anger, telling him he was too serious and worried too much. Problem was, he never could stay angry with her. Damn woman had had him wrapped around her little finger almost from the moment they had met, and he had happily let her do it. He’d cautioned her when she’d done things that worried the shit out of him. And then, he’d let her go on her merry way, let her think he was only mildly concerned, when in reality, he was fucking terrified of losing
her.

He was the serious one, the man who did everything cautiously and logically. And Mia…ah Mia: she made him happy, she made him laugh, she made him whole, and she made him want to lose control completely. But he never had. Not once. He’d managed to leash the bestial instincts she brought out in him. Just
barely.

“It was our deal,” he whispered hoarsely, although the actual agreement had never been official or talked about. “I handled the serious stuff and you helped me lighten up.” She made him laugh when he got too stuffy, and he grounded her. Together, they were perfection. Or maybe Mia was perfection, and she just made him a happier man. It didn’t matter that he had to fight the urge to turn into a caveman and conquer her constantly, wanting to drag her back to his lair. But she had never known about that, the secret part of him that really wanted to be
free.

Because I didn’t want to scare her
away.

He laid back and covered his face with one arm, releasing a strangled, tortured groan. Emotions warred inside him, each fighting for dominance in a mind filled with chaotic thoughts: anger, despair, denial, and pain. Unfortunately, the agony filling his heart and soul were winning, held back somewhat by
denial.

Squeezing his eyes tightly shut to decrease the burning sensation beneath his eyelids from tears he refused to shed, he swallowed a sob that was rising in his chest. He and Mia were a pair, and he didn’t work without her. They’d been married for two years, clicking together like puzzle pieces that were only complete when they were interlinked, almost from the moment they’d met. He’d never believed in love at first sight or an instant connection…until he’d met his wife. They were complete opposites in so many ways, yet they belonged together. That feeling had been there for him from the very beginning of his relationship with his wife, but he’d stayed in denial, thinking that the way he’d felt about her would eventually subside to a manageable
level.

It never did. And honestly, Max knew it never would have. He had just been too big of an idiot to admit
it.

Sitting up, he wrapped his arms around his knees and rocked, fighting against every rational thought that entered his head about his wife’s disappearance. If he started thinking logically, he’d have to admit she was probably dead. Mia wouldn’t disappear and not contact him. She might be a little careless with her own safety at times, ditching his security whenever she could, but she was never thoughtless. There was no way she wouldn’t contact him unless she physically couldn’t.

“Where are you, Mia?” he whispered huskily, his voice desperate. “Don’t do this to me. Please. I need
you.”

I should have told her I loved her more often, spent more time with her instead of jetting from place to place in search of world domination and trying to hide the primitive instincts she brought out in me. I shouldn’t have run away. She might have been able to deal with that part of me, just like she dealt with everything
else.

In reality, he hadn’t given her the chance. He’d never let himself completely open up to her, had never told her exactly how he felt. Now, when it was too late, he regretted
it.

Rocking harder, he opened his eyes, and the tears finally flowed. He swiped an arm across his eyes, cursing angrily as he roughly removed the droplets from his ravaged face, but they kept returning, and that only pissed him off
more.

Stumbling to his feet, he moved to the edge of the water and waded in, so damn tempted to lose himself in the ocean if it was the only way he and Mia could be together
again.

She’s not dead. She’s missing. I’m not giving up on
her!

“Mia!” His hoarse shout was carried away across the water by the brutal wind, his body shivering as he called desperately, “Come
back.”

No one answered, and he fell to his knees in the frigid water, letting it lap over his chest. His tears mingled with the water, and his hopelessness and anguish burst from his throat in a painful sob. And then another. And another.

The waves pushed his body toward the shore, and he let the momentum carry him. When he reached the sand, he crawled on his hands and knees for a short distance before collapsing on the
beach.

Stop fucking crying. She’s not dead. She’s out there somewhere. You need to find
her.

Coughing hard, he tried to stem the harsh sounds erupting from his mouth, angry that he was already mourning a wife who hadn’t yet been proved dead. So what if the police and everyone else thought she was deceased? He wasn’t giving up. He’d never give
up.

There was no activity on her bank accounts, no sign she was still alive. But he wasn’t going to stop until he found her. Barely sleeping since she had disappeared, he’d spent the last week tearing through Tampa looking for her, hiring private resources when the police were basically shaking their heads in resignation.

“I won’t give up on you, sweetheart. I promise,” he muttered, his lips gritty from the sand that was beginning to coat the inside of his mouth as he inhaled. “I’ll wait forever.”

His vision blurring, he stared determinedly at the crashing waves, exhaustion overwhelming him. He could see lights in the distance, boats passing through his line of vision in the dark night. Blinking, he tried to stay conscious, but blackness covered him and he succumbed to it, knowing he wasn’t leaving this beach tonight. Maybe he never would. Maybe he’d stay here until he died or Mia came back to
him.

The wet, shivering, bedraggled figure lay unmoving until daylight, opening his eyes in the morning and hoping that everything that had happened in the last week had only been a
dream.

It wasn’t…and when Max looked in the mirror the next day…he had to admit to himself that sometimes there were no second chances. Every so often, something or someone extraordinary came along in life and there was only a small window of opportunity to snatch it and make it your own. Unfortunately, he’d been a coward, afraid of change, and his “someone extraordinary” had been taken away before he could entirely claim
her.

For the first time in his life, Maxwell Hamilton was left with regrets. And it was excruciatingly painful. Later, he might examine his life and figure out whether or not he really needed to be a robot that functioned with meticulous control and logic, doing only what was acceptable in his mind. But that would come later, after the pain subsided. Unfortunately, that day never
came.