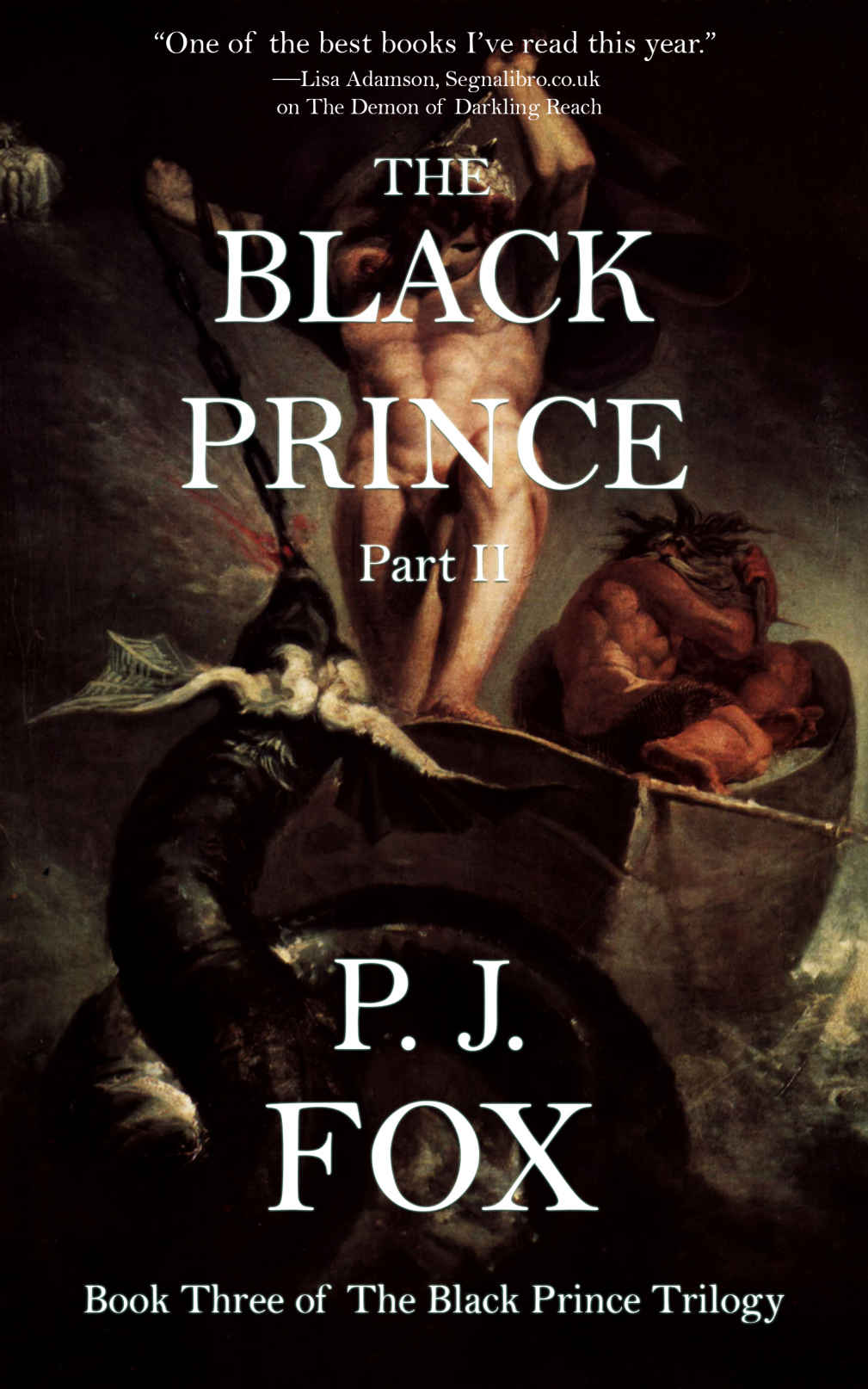 This novel is a work of fiction. All of the characters, organizations, and events portrayed herein are either products of the author’s imagination or are used fictitiously. Any resemblance to actual people, places or events is purely coincidental.

I couldn’t have written this series without the continued love and support of my family and friends. Not much can be said, other than that, because a attempt to describe love, perhaps more than any other venture, confirms the limits of language. If, as Walter Winchell observed, a real friend is one who walks in when the rest of the world walks out, then I have truly been blessed with friends. I count, chief among them, my husband. He is my love, my laughter, my straight on ’till morning. But I would be remiss if I didn’t also mention other friends, family, family who are friends and friends who are family. Mel and Maddy. Sherry. Siw, Leanne, Jason, Shane, Renee and Mark. You all make my whole heart smile and you all are here, within these pages, along with me.

I also owe a special debt of gratitude to my fans. You let me write for a living. There is no greater gift than that.

To my husband, without whom I would not know romance to write it

I
f an archer’s horse died, he walked.

They’d lost several horses in a mudslide the week before, but thank the Gods no men. They had no men to spare. Although it was only by the Gods’ intervention that disease wasn’t ravaging the camp. Hart had half expected that, by this time, they’d be collapsing by the side of the road from the bloody flux. Not that they could find the side of the road; all the roads in Morven seemed to have dissolved into great, sucking pits in the constant, punishing rain. Pits that turned, without any warning, into great, sluicing rivers of men and animals and shit.

They had sufficient provisions for eight more days. The last town they’d passed through had supplied them in the hopes of forestalling an assault. The town council knew, as Hart knew, that these men had to eat. And would. The only question was whether the town would receive recompense. Or be robbed. If they were lucky.

Hart had paid. Gold was less dear than the wheat and salted meat that now filled their supply carts. Which would still have to be supplemented with forage, if the men’s teeth weren’t to rot and fall out of their heads.

Sighing, he put down his pen. A thin glass rod with a twist at the end, it had been a gift from Lissa. Along with some cologne. He rubbed his temples, leaning back in his camp chair. These men required one hundred and fifty quarters of grain per week. They also needed peas and barley, which they didn’t have. And the horses. Dear Gods, the horses.

They were still four days out from House Salm. He had to halve that. Even were they in the bloom of summer, all the fields within walking distance wouldn’t produce enough to feed them. And the warmer the weather got, the greater the chance that plague would strike the camp.

The rain hadn’t lessened, and drummed against the roof of his tent. He knew the men were miserable, and wondered too if he had cause to fear defectors. Although he suspected not. From what he’d overheard, their individual miseries had only intensified their collective hatred of the woman who’d brought them here. They blamed Maeve, not Hart. And not the king.

The flap opened and Arvid’s head appeared. He had to bend at the waist to fit through, and his head brushed the canvas above when he stood. Hart studied him across the desk, which matched his chair. Both were lightweight and both were portable, folding for travel in one of the supply carts.

He shook the rain from his beard, reminding Hart of nothing so much as a giant dire wolf drying off in its cave. “The men are grumbling, because you won’t let them have whores.”

Camp followers were a distraction.

And worse: they talked. About what they’d seen, and what they’d heard. Any woman who left the camp would do so knowing something.

An army could hardly expect to arrive at its destination unannounced, he knew this. But that didn’t mean they had to broadcast their exact location to those few locals who might not have heard the earth shake as the column moved through. Nor allow prying eyes to examine their stores, or their weapons. To count the number of blacksmiths, or farriers repairing horseshoes.

And, quite possibly, report these findings.

Women had politics, too. A fact that the average man, with her breasts before him, seemed to forget. Which was why Hart had ordered that any man found sneaking one in would be flogged and any woman, in turn, would have her arm broken. The men might grumble, but at least they’d live to do so.

“They know the rules.”

Hart resumed studying the documents before him. A commander didn’t explain himself. And shouldn’t. Once he started agreeing with his men that he owed them justification for his decisions, he stopped being their commander. Mutiny and desertion followed.

“The Southrons’ sergeant. He forced himself on a local woman, after she caught him in her shed.”

The Gods only knew what he’d be doing in there. “Have him hung,” Hart said.

“We can hardly afford to lose more men.”

It was a measure of their friendship that his lieutenant questioned Hart at all. And of how seriously he took that position, and their cause. Arvid was no simpering wretch, to go along with Hart out of fear. He spoke his mind, however unpopular that might make him. Which was the principal reason Hart had wanted him along. Most thought that men like Hart needed less truth. If they could tolerate any at all. When, as men like Arvid knew, they needed more. And sometimes, men like Arvid—warmer men, kinder men, more forgiving men—were right. They saw, and understood, things that men like Hart didn’t. Couldn’t. Which made their perspective valuable and their less, ah…human counterparts wise to heed them.

But in this particular situation, Hart was right and he knew it.

“Well then.” His tone was sharp. “Maybe the next time someone in this camp is tempted to spread ill feeling in the king’s name they’ll recall that fact.” The people of Chilperic could hardly be expected to support Hart against Maeve if he brought with him a band of marauders. He could sing the king’s praises all day long and have them do the same but people judged what was in front of them. Here, Hart represented the king. And the king’s justice.

He meant to have them see that the king was fair where Maeve was not, and that the king’s justice was truly blind. There would be no favoritism toward his own men. Which they knew; they’d heard the warnings read.

“I mean to have this woman, and her family, feel that reporting crime to the king produces results.”

“This is only one woman, and one family.”

“Who will talk. To other women, and other families.” About how the king’s justice was superior. Hart knew that Maeve’s followers operated under no such set of restrictions; Maeve’s entire claim to the throne was that a king—or queen—was some sort of demi-god, exempt from those restrictions placed on normal men. And expectations, too. Such as that of bare competence.

“And perhaps,” he added, “this will encourage the men to police each other. One can alert his friends, for example, that he feels the urge to assault someone and they can tackle him to the ground. Or jerk him off. I don’t care.” So long as they all understood that one man’s decision to break the law affected them all. For not only would one man die but, in the weeks to come, his friends might also die for lack of him having been there to raise his sword beside them.

“We’ll be short a sergeant.”

“Have his men elect another from within their own ranks.”

Arvid disappeared back into the rain.

Hart went back to rubbing his temples. Was it really that difficult to understand? Should he have another list of warnings made up to be read, this one also reminding the men that they should tie ribbons around their cocks if they intended to wreak havoc or the women of Chilperic might inadvertently feel safe? Or maybe he should simply have all their cocks cut off, if the command to find relief in their own hands proved too difficult to follow.

The last man he’d executed had wailed that self-abuse was a sin.

Celibacy, Hart had reminded him, was not.

They’d lost ten men, now, since joining the Southrons in Hardland. One to disease, one to a brawl, six to accident and now two to execution.

He knew that the maps before him were useless, almost as useless as the various lists of supplies. All of which, regardless of their contents, conveyed the same dire warning: not enough. But they were something to look at, while he thought. About the information brought in earlier by his scouts, and about what he meant to do next.

I'll Love You When You're More Like Me by M.E. Kerr
Her Keepers by Hazel Gower
Blood Moon Rising (A Beatrix Rose Thriller Book 2) by Dawson, Mark
Sarah's Choice by Wanda E. Brunstetter
The Messenger (A Lesbian Romance) by KC Blake
Wanderlust by Roni Loren
Lady of Sin by Madeline Hunter
Unknown by Unknown
Seeking Shelter by Angel Smits
The Confident Woman: Start Today Living Boldly and Without Fear by Joyce Meyer