Read The Demon of the Air Online

The Demon of the Air 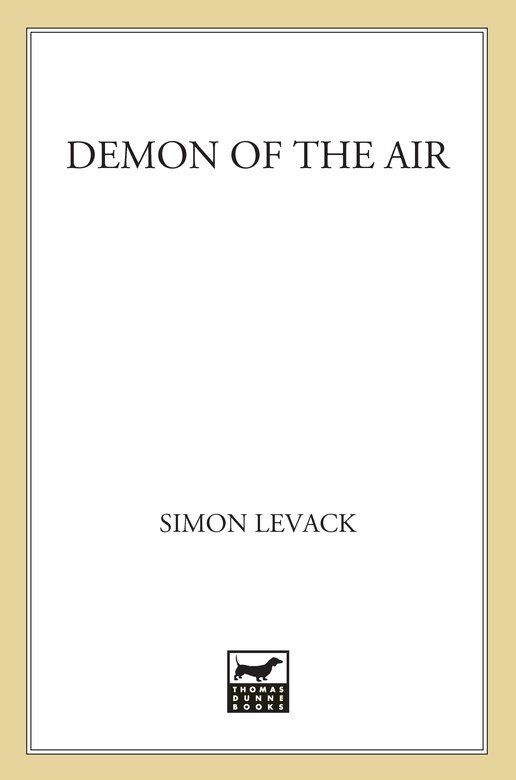 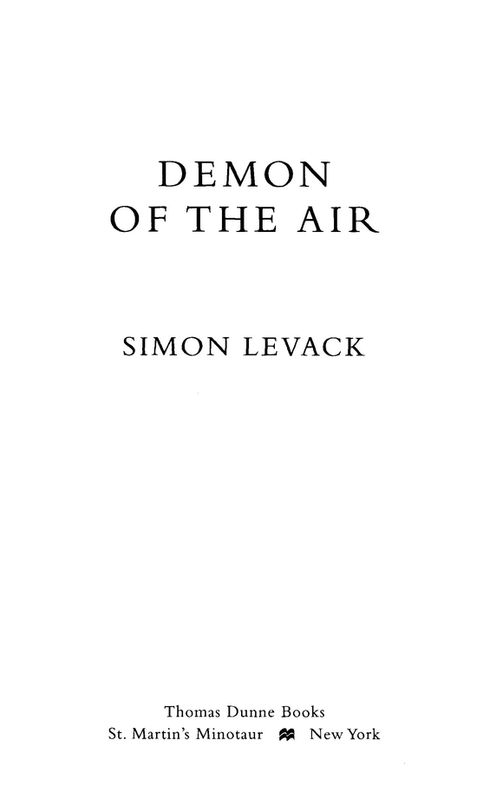 Table of Contents
Title Page
Acknowledgments
THIRTEEN GRASS
1
2
3
4
5
6
7
8
9
ONE REED
1
2
3
TWO JAGUAR
1
2
3
4
5
6
THREE EAGLE
1
2
3
4
5
6
7
FOUR VULTURE
1
2
3
4
SIX KNIFE
1
SEVEN RAIN
1
2
3
4
5
EIGHT FLOWER
1
NINE ALLIGATOR
1
2
TEN WIND
1
2
THIRTEEN SNAKE
1
2
3
4
5
The Aztec Calendar
A Note on the Aztec Language
Author's Note
Copyright Page
For Sarah and Isaac, with love
Acknowledgments
My heartfelt thanks to Lisanne Radice, Jane Gregory and Broo Doherty for their support, guidance and seemingly inexhaustible patience throughout the process of writing this book. It goes without saying that I could not have done it without you!
Also deserving of acknowledgment are the authors and translators whose work I have plundered in my efforts to bring the world of ancient Mexico to life. It would be impossible to list all of them, but there are two works in particular that I must mention. The first is Arthur Anderson's and Charles Dibble's translation of the Florentine Codex, Fray Bernardino de Sahagun's wonderful encyclopedia of all things Aztec, one volume or another of which has been at my elbow for most of the last two years. The second is Inga Clendinnen's
Aztecs: An Interpretation.
When I first picked up this book a decade or more ago, I had no idea where it would lead me, and it continues to inspire, surprise and occasionally provoke me to this day.
Most of all I must thank my wife, Sarah, for putting up with me during all the years when I was writing for no apparent reward, for her ingenious suggestions and unstinting criticisms, and for only once referring to my novel as “that bloody book!”
THIRTEEN GRASS 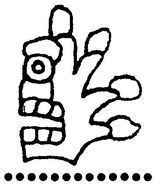 Dark Frost by Jennifer Estep
A Match Made in Heaven by Colleen Coble
Being Me by Lisa Renee Jones
The Great Bear: The Adarna chronicles - Book 3 by Jason K. Lewis
Seducing a Scottish Bride by Sue-Ellen Welfonder
Gumshoe Gorilla by Hartman, Keith, Dunn, Eric
Sultana's Legacy by Lisa J. Yarde
1,000 Questions of Who You Are and Your View on Life by Marcus Wilson
HS04 - Unholy Awakening by Michael Gregorio
Dreadnought (Starship Blackbeard Book 3) by Michael Wallace