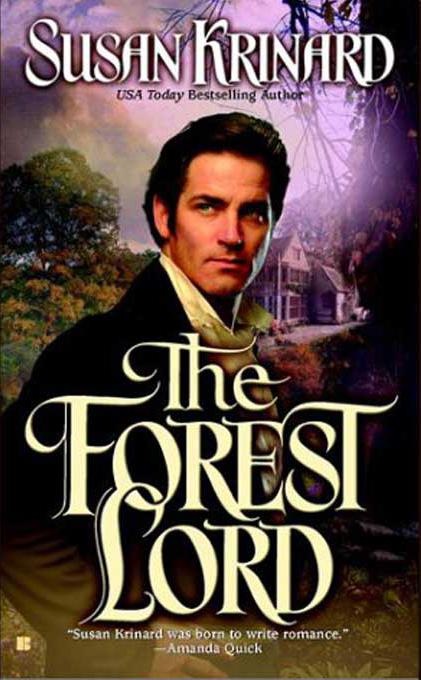 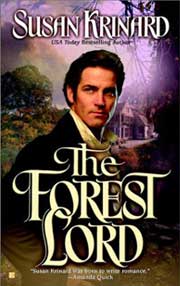 THE
By
Susan Krinard

BERKLEY® Berkley Books are published by The Berkley Publishing Group, a division of Penguin Putnam Inc.,

This book is respectfully dedicated to the wonderful authors who first introduced me to the delights of Regency romance: Jane Austen, Georgette Heyer, Rosemary Edghill, Elizabeth Thornton, Mary Balogh, and so many others.

Once upon a time, there was a great and mysterious forest at the heart of Westmorland in the north of
—
a place where few mortal men dared trespass. This forest
lay
on the estates of the Flemings, men of wealth and property, who long ago had sworn an oath to protect the forest and all its inhabitants from the ravages of mankind. In exchange, the Flemings and their kin should never suffer want or ill fortune
.

The ruler of this enchanted wood was not of human blood, but of the Faerie, or Fane, an ancient race of near-immortal magical beings. He had lived among mortals for millennia, wearing many names and guises, and had become one of the last of the Elder Race to remain in the realm of man. But he wearied of his exile from the Blessed Land of his own people
—
Tir-na-nog in the language of the men of
—
and sought to leave behind the forest he had guarded
.

The Fane had grown few in number, and their blood was thin. To save the race from extinction, each Fane stole or sired a half-human child to increase their numbers. The

The Flemings flourished beyond their wildest dreams. The king granted an earldom, and the Fleming lands grew. Hartsmere became only one estate of
many,
and the age-old pact was all but forgotten.

So it was that one day the oath was broken. Cyrus Fleming, the Earl of Bradwell, did not believe the stories of the bargain that kept his pockets filled and his lands prosperous. He had almost everything a man could desire, including a beautiful daughter and the leisure to pursue his passion for hunting the beasts of the earth and the birds of the sky.

One autumn day, he traveled to Hartsmere in search of prey and followed his baying hounds across the fells and dales and to the very edge of the forest. There he glimpsed the most magnificent creature he had ever beheld: a stag of immense size and nobility, waiting as if to invite his shot.

Lord Bradwell fired at the beast and pursued it as it fled into the forest. But he found himself alone. His hounds had vanished, and even the trees seemed to bend down with twisted arms to catch and hold him.

In the place of the stag stood a man such as he had never seen: tall, handsome, and dressed in skins and rough cloth. Upon his head he wore a crown of antlers woven with holly and mistletoe.

"You have trespassed upon my realm," the man said in a voice of thunder. "You have sought the life of one of my own and broken the pact. For that you must be punished."

Lord Bradwell realized at once that the stories were true: This man
—
if man he could be called
—
was the guardian spirit of the forest, deathless and merciless, a creature of fey power beyond the ken of mortals. Struck mute, Lord Bradwell had no defense to make as the

"Should I let my brothers and sisters decide your fate?" cried the

"As you have shown mercy to those so much weaker than yourself?"
He stroked the head of a fox that crept up to lick his hand. "I could take away all the bounty and fortune you and your lands have enjoyed. You would be left with nothing but your life." His smile chilled Lord Bradwell's blood. "Death might be more merciful. But I will grant you both life and continued prosperity in exchange for one small thing.

"You will give me your daughter."

Horrified, Lord Bradwell thought of the girl who waited for him far to the south
—
girl no longer, for she had just turned eighteen.
.

"I will never give my daughter to a monster," he cried. But even as he spoke, he felt his legs grow numb. When he looked down upon them, he found them brown and covered in bark and rooted deep into the earth.

"I have guarded this land for many of your centuries," said the

"Eden is too young," Lord Bradwell begged. "Do not ask this of me." He felt the numbness rise to his waist, and the beasts of the wood drew closer. He knew then that he had no choice but to agree.

"I will do as you demand,"
he
said, "but only if you present yourself to my daughter as an honorable man of stature and court her as a mortal man would do. If she is seen to be with child and has no husband, she will be ruined."

Lord Bradwell bent his head. "You are without pity."

"What do mortals know of pity? The pain your daughter suffers will be small, and she will be rich for the rest of her life."

Gathering his courage, Lord Bradwell looked into the

"I agree to your conditions." The

With shrieks and cries, the beasts of the forest drove Lord Bradwell from the wood as he had driven the hare and the stag. But when the earl sent for his daughter and looked upon her face, he knew what he had truly done.

Today is my wedding day
.

She stretched in the unfamiliar bed, and her fingertips brushed the warm body beside her.

My husband
, she thought.
Cornelius
.

She closed her eyes and trembled with sheer happiness. The very core of her being was still imprinted with his form, his scent, his masculine strength. She had not guessed that to lie with a man could be so wonderful. And to think they had almost waited—waited until

She was glad they had not.

"Cornelius," she murmured, snuggling against his chest. "It is morning."

He stirred but did not open his eyes. She spent the glorious minutes studying his face. Any woman who saw him now would be stung with envy at her good fortune. Surely no man had ever been so beautiful and yet so strong. She allowed herself the liberty of tracing her finger around the curve of his jaw, over the firm set of his lips, across the straight, dark brows.

Six months ago he had been a stranger, a distant cousin come from

Aunt Claudia had made it clear that when

Cornelius Fleming was merely a curiosity, a distraction from the dull sameness of country days and the awful pall of loneliness. Hartsmere was the original Fleming estate, least of the earl's many holdings.

Kiss of a Dark Moon by Sharie Kohler
A Reckless Promise by Kasey Michaels
For Elise by Sarah M. Eden
His to Command #5: The Submission by Carew, Opal
Out of the Shadow by J.L. Paul
The Surprising Power of Liberating Structures: Simple Rules to Unleash A Culture of Innovation by Henri Lipmanowicz, Keith McCandless
I Am in Here by Elizabeth M. Bonker
Scrapyard Ship 7: Call to Battle by Mark Wayne McGinnis
Married Lovers by Jackie Collins
Fires in the Wilderness by Jeffery L Schatzer