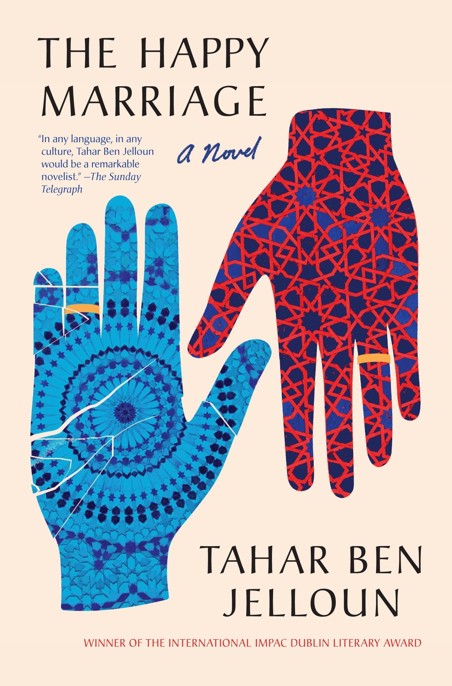 This work, published as part of a program of aid for publication, received support from the French Ministry of Foreign Affairs and the Cultural Service of the French Embassy in the United States.

This work, published as part of a program of aid for publication, received support from the Institut Français.

Part One: The Man Who Loved Women Too Much

Part Two: My Version of Events

MARIANNE:
Do you believe two people can spend a lifetime together?

JOHAN:
It’s a ridiculous convention passed down from God knows where. A five-year contract would be ideal. Or an agreement subject to renewal.

—
INGMAR BERGMAN
,
Scenes from a Marriage

I make my own luck. —
KING VIDOR
,
Gilda

The Man Who Loved Women Too Much

It landed on the tip of his nose. It was neither large nor small. Just an ordinary fly, gray, black, puny, inconvenient. It felt good sitting there, atop that nose where it had just landed like a plane on an aircraft carrier. It cleaned its forelegs. As though it were rubbing and polishing them for some urgent mission. Nothing could bother it. It was busying itself while rooted to its spot. It weighed next to nothing, but was still annoying. It irritated the man who couldn’t shoo it away. He tried to move, brush it away, he blew on it, shouted. The fly was indifferent. It didn’t flinch. It was there, right there, and had no intention of leaving. Nevertheless, the man didn’t mean it any harm, he just wanted it to go, to leave him alone, because he could no longer move his fingers, his hands, or his arms. His body had stopped working. He was temporarily indisposed. A kind of blackout in his brain. An accident that had occurred a few months earlier. Something he hadn’t seen coming, and which had struck him like lightning. His head could no longer control his limbs. For instance
,
he wanted that arm right there to lift up and chase the intruder away. But it didn’t move. The fly couldn’t care less. It didn’t matter whether he was ill or healthy, that didn’t change anything, the fly carried on calmly grooming itself atop that spectacular nose. The man tried to move again. The fly continued to cling on. He felt its tiny, almost transparent legs sink into his skin. It was entrenched. It didn’t want to go anywhere else. How had it even gotten this far? What misfortune had led it here? Flies were free, they didn’t obey anyone, they did what they wanted, and flew off whenever anyone tried to shoo them or swat them. It’s said that they have 360-degree vision. That they’re remarkably alert. For the time being, the man pondered what route the fly had taken to reach him. Ah, the garden! The dogs that never stopped eating out of their bowls. The neighborhood flies were well acquainted with his house and the street corner just outside the front gate. They would flock to it from all directions, sure they’d undoubtedly find their meager fare. After having stuffed their bellies, they would wander around, flying to and fro while digesting their meal. They would hum, dive into the void and dash off in all directions. Until a human nose came into view and invited them over for a visit. Ever since the first fly had landed there, none of the others had dared trespass on its territory. The man was in pain. He felt the urge to scratch himself, to shoo it away, to get up, to move around and clean up that dirty garden where the watchman often threw out part of the trash. He even started thinking about how he would put the world to rights: if the gardener had been to school, if his farmer parents hadn’t left their village for the city and become beggars, car-washers, parking attendants, if Morocco hadn’t experienced two years of horrible drought, if the country’s money had been better distributed among urban and rural areas, if the latter had been valued as a national treasure and the country’s breadbasket, if land reforms had been justly carried out, if on that morning the watchman had had the idea to clear up that part of the garden that had been set aside as a garbage dump, if he’d gone through the trouble of chasing away those flies that gathered around that rubbish, and if, on top of that, the two men who took care of him had been by his bedside, that fly, that satanic fly, would never have been able to land on his nose and given him such a cruel itch that it was driving him—who’d had a stroke that had nailed him to his bed for the past six months—insane
.

He told himself that he was at the mercy of an insect, a tiny insect. Whereas when he’d been in good health, a simple mosquito would have sent him spiraling into an incomprehensible fit of fury. As a child, he would abandon himself to chasing mosquitoes at night, when he would crush them under huge books whose covers displayed traces of blood to this day. Because they seemed just as indifferent to poisonous plants where he lived as they were to detergents and toxic waste products. His wife had even summoned a sorcerer to write some talismans and recite prayers to chase them away. But they had proved stronger than everything. They spent the night sucking the blood out of human beings only to vanish at dawn. Vampires
.

On that afternoon, the fly had come to avenge the Moroccan insects the man had massacred throughout his life. The man was a prisoner of his paralyzed body, but no matter how much he cried out, shouted, and begged, the fly didn’t budge in the slightest, and made him suffer all the more. Not a great deal of suffering, just a vague discomfort, which eventually overexcited his nerves—which wasn’t at all advisable in his current condition
.

Then, little by little, the man managed to convince himself that the fly wasn’t bothering him anymore, that the itching was all in his head. He’d begun to triumph over it. Not that he felt any better, but he’d realized that he needed to accept reality and stop cursing it. His perception of time and things had changed over the past few months. His accident had been a test. He’d already stopped thinking about the fly. All of a sudden, the two caretakers who were playing cards in the adjacent room had come to check on him and the fly had immediately flown away. There was no trace of it now aside from a quietly seething anger, a contained anger that spoke volumes about the psyche of that man—a painter who could no longer paint
.

I have the capacity to love, but it’s all been bottled up.

—
INGMAR BERGMAN
,
Scenes from a Marriage

The two sturdy men who’d carried him and then left him in that armchair facing the sea were out of breath. The invalid was also having trouble breathing and the look on his face was full of bitterness. Only his conscience was alive. His body had grown fatter, he’d become very heavy. As for his speech, it was slow and mostly incomprehensible. They often asked him to repeat what he said, and he hated it because it was both tiring and humiliating. He preferred to communicate with his eyes. When he looked up, that meant no. When he lowered his gaze, that meant yes, but a reluctant yes. One day, one of the Twins—this was how he referred to his caretakers even though they weren’t brothers—thinking that he was doing the right thing, had brought him a clipboard with a felt-tip pen attached to it by a string. The man
had gotten furious and summoned the strength to throw it to the floor.

On that morning, the Twins had been unable to shave him. An outbreak of pimples around his chin had made it too difficult to do so. He wasn’t happy. He looked scruffy. Felt neglected. He couldn’t stand it. His stroke had dealt him a devastating blow, and he refused to accept any sloppiness when it came to his clothing or physical appearance. When he’d discovered that a coffee stain on his tie hadn’t been cleaned, he’d grown more sullen. The Twins had hurriedly changed it, and he was now dressed all in white, but he still grumbled under his breath.

Whenever he spoke, the Twins would guess what he was saying, even if they didn’t understand certain words. They would read his facial expressions and anticipate his wishes. They needed a sharp sense of hearing and a lot of patience. When he grew tired, he would blink his eyes several times to signify that he wanted them to leave him alone. Perhaps that was when he would allow himself to cry, he who had once been so brilliant, elegant, and celebrated wherever he went. He’d had a close brush with death, but he hadn’t completed his work. He took this as an insult, a dirty trick that fate had played on him, and a spiteful one at that. As he’d dreamed of dying in his sleep like his old, fun-loving, polygamous uncle, this was a constant source of grief for him. But what had befallen him was the same thing that had struck so many friends and acquaintances who belonged to his generation. As his physician had told him, he had reached a critical age. To be in the prime of life meant facing a few storms.