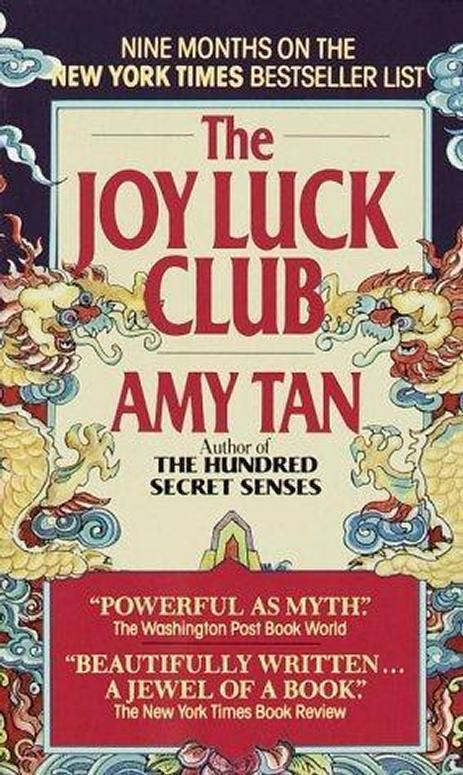 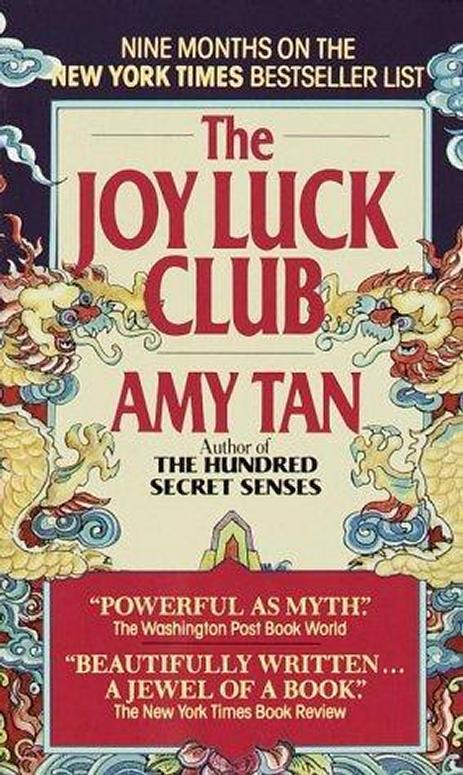 "I dreamed about Kweilin before I ever saw it," my mother began, speaking Chinese. "I dreamed of jagged peaks lining a curving river, with magic moss greening the banks. At the tops of these peaks were white mists. And if you could float down this river and eat the moss for food, you would be strong enough to climb the peak. If you slipped, you would only fall into a bed of soft moss and laugh. And once you reached the top, you would be able to see everything and feel such happiness it would be enough to never have worries in your life ever again.
"In China, everybody dreamed about Kweilin. And when I arrived, I realized how shabby my dreams were, how poor my thoughts. When I saw the hills, I laughed and shuddered at the same time. The peaks looked like giant fried fish heads trying to jump out of a vat of oil. Behind each hill, I could see shadows of another fish, and then another and another. And then the clouds would move just a little and the hills would suddenly become monstrous elephants marching slowly toward me! Can you see this? And at the root of the hill were secret caves. Inside grew hanging rock gardens in the shapes and colors of cabbage, winter melons, turnips, and onions. These were things so strange and beautiful you can't ever imagine them.
"But I didn't come to Kweilin to see how beautiful it was. The man who was my husband brought me and our two babies to Kweilin because he thought we would be safe. He was an officer with the Kuomintang, and after he put us down in a small room in a two-story house, he went off to the northwest, to Chungking.
"We knew the Japanese were winning, even when the newspapers said they were not. Every day, every hour, thousands of people poured into the city, crowding the sidewalks, looking for places to live. They came from the East, West, North, and South. They were rich and poor, Shanghainese, Cantonese, northerners, and not just Chinese, but foreigners and missionaries of every religion. And there was, of course, the Kuomintang and their army officers who thought they were top level to everyone else.
"We were a city of leftovers mixed together. If it hadn't been for the Japanese, there would have been plenty of reason for fighting to break out among these different people. Can you see it? Shanghai people with north-water peasants, bankers with barbers, rickshaw pullers with Burma refugees. Everybody looked down on someone else. It didn't matter that everybody shared the same sidewalk to spit on and suffered the same fast-moving diarrhea. We all had the same stink, but everybody complained someone else smelled the worst. Me? Oh, I hated the American air force officers who said habba-habba sounds to make my face turn red. But the worst were the northern peasants who emptied their noses into their hands and pushed people around and gave everybody their dirty diseases.
"So you can see how quickly Kweilin lost its beauty for me. I no longer climbed the peaks to say, How lovely are these hills! I only wondered which hills the Japanese had reached. I sat in the dark corners of my house with a baby under each arm, waiting with nervous feet. When the sirens cried out to warn us of bombers, my neighbors and I jumped to our feet and scurried to the deep caves to hide like wild animals. But you can't stay in the dark for so long. Something inside of you starts to fade and you become like a starving person, crazy-hungry for light. Outside I could hear the bombing. Boom! Boom! And then the sound of raining rocks. And inside I was no longer hungry for the cabbage or the turnips of the hanging rock garden. I could only see the dripping bowels of an ancient hill that might collapse on top of me. Can you imagine how it is, to want to be neither inside nor outside, to want to be nowhere and disappear?