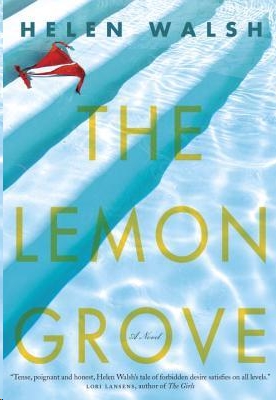 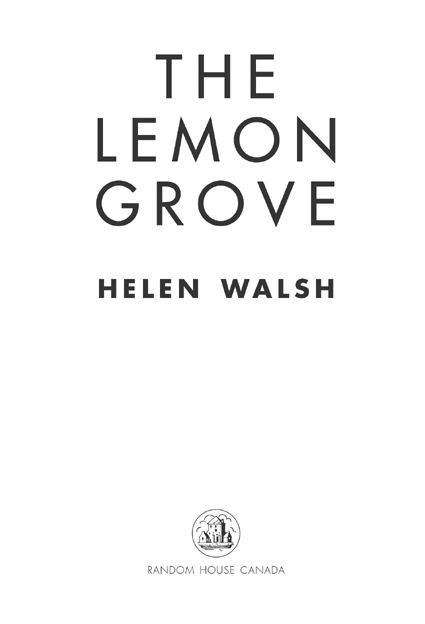 All rights reserved under International and Pan-American Copyright Conventions. No part of this book may be reproduced in any form or by any electronic or mechanical means, including information storage and retrieval systems, without permission in writing from the publisher, except by a reviewer, who may quote brief passages in a review. Published in 2014 by Random House Canada, a division of Random House of Canada Limited, Toronto, and simultaneously in Great Britain by Tinder Press, an imprint of Headline Publishing Group, London.
Distributed in Canada by Random House of Canada Limited.

This book is a work of fiction. Names, characters, places and incidents either are the product of the author’s imagination or are used fictitiously. Any resemblance to actual persons, living or dead, events or locales is entirely coincidental.

For my family,
And especially L.S.

But suddenly, after these tranquil nights, the weather broke
.

The sun drops low on the horizon and, with it, the distant hum of life starts up again. Families and couples weighed down with parasols and brightly patterned bags begin the trudge back up the hill road from the beach. A couple of mopeds weave in and out of the slow tide of bodies.

Jenn stays dead still as the weary beach dwellers pass close to the villa. They do not see her sitting on the low, stone balustrade of the terrace, hidden amongst the lengthening shadows of the lemon grove. Their faces are hard to make out but their beach bags and sarongs catch the falling light as they move slowly past the trees. Only one small boy spies her as he lags behind his parents, dragging his inflatable dinghy along the dusty road. Jenn throws him a little finger wave. The yellow dinghy scratches to a standstill and hangs there by its cord,
shifting slightly in the breeze. The child bares a small bar of teeth then, suddenly aware of the distance between himself and his parents, sprints off up the hill.

Jenn puts down her book, tilts her head backwards and closes her eyes. From the pine-clad cliffs above, she can hear hikers. They speak in German but from their anxious tone and pitch, she comprehends: hurry, they are telling one another, we need to get down before the light goes. She knows the cliff walk well – a good two hours from here to Sóller. Two hours of staggering vistas and sheer drops down to the rocky coves below.

More cars and mopeds pass by. The hikers come into view: a group of stout middle-aged women in robust walking attire. They take the smooth, stone steps down to the road, then stop to pass a water bottle around. They share a joke, but the relief in their voices is evident. Refreshed, and with a new resolve, they strike out for the village. None of them notices her: the woman in the white cotton dress. If they were to glance back they might see Jenn drawing her knees to her chest, locking them with her arms and tilting her head right back as she tries to find the last embers of the sun, to hang on to the moment. She likes the sense of being here, yet being invisible.

She opens her eyes. The first thing she sees is the stone balcony of their bedroom above: the slatted
wooden shutters, wide open, the light spilling out of their room emphasising the sudden shift to evening. The air is beginning to cool. The mosquitoes will be getting in, colonising the cold white walls; but she can’t be bothered. She doesn’t want to move. Up there, Greg will be sleeping – or reading, or showering. For now, Jenn is happy here, alone. One more chapter, then she’ll go on up.

She picks up her book again,
Reprisal
, a Scandi Noir thriller. All her young workers at the care home have been raving about it but Greg is right: this particular author is no Pelecanos, and for this she’s grateful. The last thing she wants on holiday is to be stretched or challenged. This one is all ravishing blondes in fear of a serial killer. She shuts the book – it is no longer possible to make out the print. She gets up and stretches. Most of the beach traffic has gone. Through the silence, she can hear the spit and snap of a bonfire. She pictures the hippy kids down on the beach, drying their clothes, cooking their supper. She watched them, early this morning, casting out their line from the rocks, time and again reeling in silver, wriggling fish. Boys with straggly beards and bodies scorched from a summer living off the land.

She’d jogged down to the cove at first light. A relic of the moon still hovered above the mountains. The crunch of her feet on the shingle brought two of the
beach kids out of their cave. They tried to ward her off with a look. And then another boy appeared, naked. He yawned and stretched, and lit a cigarette, turning to face her full on. His eyes sought hers, his dick hanging between his legs, mocking and superior, half erect like a threat. She felt a jolt of indignation. If it was solitude they coveted, why pick
this
beach? Resolutely, she peeled off her tee, wriggled out of her shorts and plunged into the sea. It was cold. A dirty grey mirror under the low morning light. For the first few strokes she could barely breathe. Then, striking out, she was overcome by a sense of liberation as she found her rhythm. She swam out, further and further, until the first fingers of sunlight hit her scalp.

Back on the terrace at Villa Ana, when the sun was high and the beach overcrowded, she saw them once again, making their exit from the cave-den. This time two girls were with them. From such a distance, they looked like they’d been sprayed gold. They threw off their sarongs and stretched out their lithe, naked bodies along the flat surface of a rocky overhang as little bashful as if they were in the privacy of their bedrooms. Jenn watched her husband cast a brief sidelong glance, so swift and seamless that, if you didn’t know him, you’d think he hadn’t noticed them at all. But Jenn did know him, and his ‘micro-leching’ still made her smile. She’d
raised an eyebrow – not to censure him but to empathise. The girls – slim, toned and young – were exquisite. He looked away, found out; embarrassed.

It’s dark now, but still she stays. She can hear the distant bleat of goats drifting down the ravine. Here and there, villas with huge glass façades light up the brow of the hillside. All over the valley, the windows of small stone
fincas
flicker to life. Hidden amid the olive groves by day, they show themselves now as their eyes light up, ready to start the night watch over the Tramuntana.

Nothing moves. The darkness deepens. Jenn shivers, intoxicated by the magic of the hour. The road is no longer visible. The first stars stud the sky. A wind rises, and, borne on it, familiar sounds of industry from the restaurants in the village above, the clang of cutlery being laid out, ready for another busy evening. She rubs her belly where it is starting to gnaw. It’s a good kind of hunger, she thinks, the kind she seldom experiences back home; a keen hunger that comes from swimming in the sea and walking under the sun. They’ve done plenty of that this past week, and they’ve drunk plenty, too: wine, beer, brandies, liqueurs – they’ve felt as though they’ve earned it, Jenn and Greg. And yesterday, after Greg turned
himself in for the night, she sat by the pool and sparked up one of the Camel Lights she found in the kitchen drawer. The kick of it, dirty and bitter, fired her up, made her light-headed.

The temperature drops. The dark hangs damp in her lungs. Sea dampness: salty and lucid and nicked with the scent of pines. Grudgingly, Jenn accepts that time is up. She goes inside to find an inhaler and chivvy Greg along. He’s out on the balcony, fielding a call on his mobile, a glass of brandy hanging loosely from one hand. He’s showered, dressed, scented; his dark, grizzled beard is trimmed. He’s wearing his cream linen suit – he brings it out with him every year. It’s the only time he ever wears it, his gentleman-abroad look. The suit is a little tight around the shoulders these days, but he looks the part – august, though somewhat too formal for arty Deià, she thinks. She hangs by the sliding doors. He’s talking to Emma. She feels a tightening in her throat as she listens to him trying to cajole her stepdaughter. She moves out to the balcony and indicates with a two-fingered tap to the wrist that they’ll need to leave soon. She reaches over, takes the brandy from his hand and drains the glass in one clean hit. He gives her an admiring glance; smiles.

Only Pretend by Nora Flite
The Seamstress of Hollywood Boulevard by Erin McGraw
They Spread Their Wings by Alastair Goodrum
Vidal's Honor by Sherry Gloag
Matty and Bill for Keeps by Elizabeth Fensham
Falling From Eternity (A Paranormal Love Story) by Megan Duncan
Dark Benediction by Walter M. Miller
Operation Soulmate by Diane Hall
Checkmate, My Lord by Devlyn, Tracey
Five Bells by Gail Jones