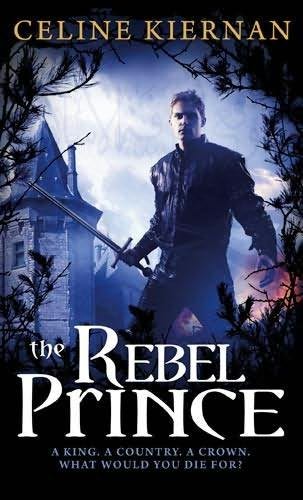 INTERNATIONAL ACCLAIM FOR THE MOOREHAWKE TRILOGY

‘The characters were so wonderfully written I’d follow them anywhere.’

‘Compelling and complex, romantic and suspenseful, populated by memorable characters and intricately detailed.’

‘Told with great assurance and attention to detail . . . Kiernan’s plotting keeps the pages turning nicely. In quieter moments, she shows an acute sense of how to build tension, and when to twist the knife.’

‘The dialogue sings and the story is powerful stuff in Kiernan’s hands.’

Book I
The Poison Throne

This edition published in 2010

Published in Ireland by The O’Brien Press Ltd. 2010

All rights reserved. No part of this book may be reproduced or transmitted in any form or by any means, electronic or mechanical, including photocopying, recording or by any information storage and retrieval system, without prior permission in writing from the publisher. The
Australian Copyright Act 1968
(the Act) allows a maximum of one chapter or ten per cent of this book, whichever is the greater, to be photocopied by any educational institution for its educational purposes provided that the educational institution (or body that administers it) has given a remuneration notice to Copyright Agency Limited (CAL) under the Act.

Cataloguing-in-Publication details are available
from the National Library of Australia
www.librariesaustralia.nla.gov.au

For Mam and Dad, I love you.

To Noel, Emmet and Grace, always and with all my heart.

To Angela Oelke (Moore) and Ellen ‘Sam’ Samberg,
who have been my unfailingly honest friends and supporters
from beginning to end.

A ROAR OF SMOKE

A STRING OF SILVER LIES

THE MUSIC OF MEMORY

ALLIES TO THE PRINCE

DAY SEVEN: BOTH SIDES OF THE COIN

BOOK I IN THE MOOREHAWKE TRILOGY

BOOK II IN THE MOOREHAWKE TRILOGY

W
HEN WYNTER
was five, her father dressed her in a little red coat, put her on the back of his horse, and took her on a picnic. Wynter remembered the drowsy movement of the horse beneath her, and leaning back into the warm support of her father as they travelled the forest paths. She remembered his strong arms encompassing her as he held the reins, the scent of wood shavings and resin from his clothes. She remembered the light coming through the foliage, and how it had moved across her hands, which were so small on the big leather pommel of Lorcan’s saddle.

Lorcan’s friend Jonathon had been with them, and his sons, Razi and Alberon. All of them were happy, and laughing, which was something they seemed to do quite often back then. Just two friends and their beloved children out for a jaunt on a warm autumn day, getting the best of the good weather before winter finally tightened its grip. Looking back on it, Wynter knew there must have been some kind of military presence with them, but she had no recollection of soldiers or any kind of guards. Perhaps she was so used to the presence of soldiers around her father’s good friend that she no longer noticed them. She never thought of Jonathon as ‘the King’ back then. She recalled only thinking of him as Jon, that big, golden-headed man, so quick to lose his temper but just as quick to show affection. He had been best friend to her own father, and father to her two best friends, those brothers of her heart: the dark, serious, protective Razi, and the grinningly impulsive, loving Alberon.

Razi had kept trotting on ahead, his brown face all alight at the unexpected freedom of the day. Alberon was for the first time astride his own horse, and Wynter remembered watching with amused envy as he urged the little creature on, attempting to keep pace with his older half-brother. She recalled him calling anxiously across the sun-dappled air, ‘Razi! Razi! Don’t leave me!’ and Razi’s smile as he turned back to wait.

They had stopped at a ford, and the men had stripped to their underthings and run into the shallow water, whooping and splashing and laughing at the cold. Wynter had hopped from foot to foot at the edge of the water, watching as Alberon threw himself into his father’s arms. Jon had flung him high into the sunshine, Albi’s small face luminous with sun-glitter and joy.

She’d felt a warm presence by her side, and she had looked up into Razi’s smiling face.

‘Come on, darling.’ He had offered his hand. ‘It’s only cold for a moment.’ He led her carefully into the stream, her hand held tight in his, then her father had waded over and hoisted them, one under each water-chilled arm, and carried them out into the bright sunshine to teach them how to swim.