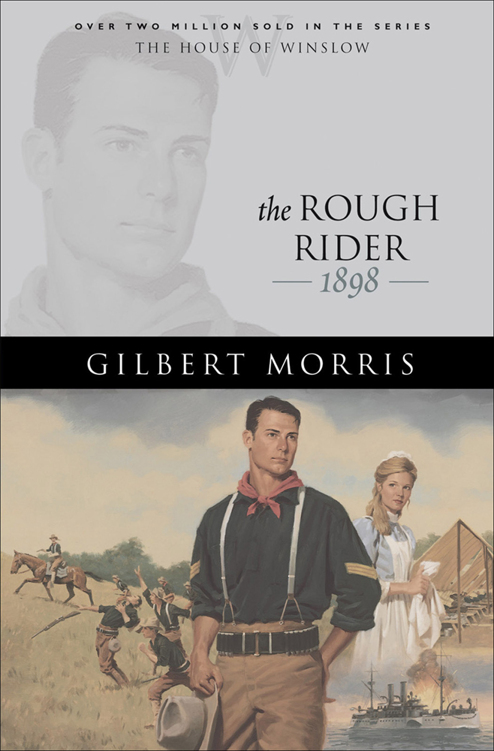 All rights reserved. No part of this publication may be reproduced, stored in a retrieval system, or transmitted in any form or by any means electronic, mechanical, photocopying, recording, or otherwise without the prior written permission of the publisher and copyright owners. The only exception is brief quotations in printed reviews.

Some pastors have wit. Others have wisdom. And some have a genuine love of their flock. A few have the gift of bringing the Scripture to life—and you encounter a few rare shepherds who have evangelism in their bones.

Artie Grimes is a man in whom all these qualties are combined—and I am grateful for his leadership and his friendship. And I must add that his companion, Cathy, has made him what he is today. I hope she’s satisfied!

1. Angel With an Accent

3. A Christmas to Remember

When Kings Go Forth

11. A Volunteer for Teddy

13. A Fragment of Destiny

A Time to Embrace

23. A Night to Be Remembered

24. A Couple of Miracles

Angel With an Accent

As Dr. David Burns walked briskly down the hall of Baxter Hospital, he glanced casually out of a window—and halted abruptly to stare at the scene that was unfolding outside.

Two young boys had captured a rat—a large, black, evil creature. Somehow, they had managed to place a string around its neck. The one lad held the rat, while the other held the collar of a small terrier that was lunging and barking furiously at the crouching vermin. The noise soon drew a small crowd of raggedly dressed children who had gathered to watch the cruel spectacle. As the crowd grew in numbers, Burns thought sadly how tragic it was that children who should be in school or on farms found pleasure in the inhuman scene that was about to take place. “Poor tykes,” he muttered to himself. “Not much future for them, I’m afraid.”

He quickly turned from the window as a cry went up from the waifs, indicating that the battle was on. Moving down the hall, he stopped beside one aged patient struggling along the corridor on crutches. “Are ye all right, auntie?” he asked. His voice rang with a thick Scottish burr, and the old woman looked up at him quickly at the pleasant sound of it. She was frail and her hands trembled on the crutches, but she managed a smile.

Burns stood there chatting amiably with the elderly woman
for a few moments. Early in his practice, he’d discovered that a kind word from a doctor or nurse often did more good than some medicine.

The physician was not an impressive-looking young man. He stood no more than five feet nine inches tall, but there was a military straightness to his posture. He had a Highlander’s look about him with bright blue eyes, brown hair, and a carefully trimmed mustache. His face was thin—not handsome at all—but there was a cheerful gleam in his steady eyes that was attractive enough. He moved quickly and precisely, with no loss of movement, as he continued his walk down the long hall. He had a purposefulness about him—most likely bred by his barren boyhood in Scotland. He was no stranger to hunger and poverty, much like that which many of the poor urchins who roamed the streets of New York City experienced. Poverty in a small Scottish village was not greatly different from that found in a tenement district. It left its scars on the soul as well as its marks on the body.

But Dr. David Burns had survived his difficult childhood and fought his way through the rigid educational system. It had been an arduous struggle, but after years of dedicated study, he finally achieved the status of M.D. Shortly after graduation, he said his goodbyes to his family and immigrated to America to build a new life. He counted himself fortunate to have been accepted on the staff at Baxter Hospital.

Turning down another corridor, Burns glanced up and saw the head nurse of the ward, Agnes Smith, engaged in some sort of argument with a young girl. Nurse Smith was a large woman of fifty, with iron gray hair tied in a bun, and a large, broad face. She was as tough as an army sergeant and ran her phalanx of nurses and cleaning women—and indeed even the doctors!—as if she were a general. It was not strange that behind her back she was often referred to as “General” Smith.

“I tell you that there’s no way we can send a doctor to your house. Now, off with you, girl. I’m a busy woman!”

Dr. Burns was well aware that part of the peripheral duties of Nurse Smith was to ward off the incessant demands placed on the staff at Baxter. Every day a constant stream of men, women, and young people appeared at the door seeking medical help. And it was Smith’s job to weed out those who could be helped and shuffle off those who could not. Burns did not envy the big woman her job, for he was a kindhearted individual who found it difficult to say no to anyone in need of medical help. He paused for one moment, intending to go on, and then halted, turning as he caught a glimpse of the young supplicant. Perhaps it was the plaintive quality of her voice that caught at him. In any case, he stopped long enough to take in the bedraggled figure.

The speaker was young, no more than fifteen, Burns judged. She was a small girl, dressed in a tattered dark gray dress that had been soaked by the dismal, icy rain that had been falling intermittently throughout the day. Her shoes were large, cumbersome affairs of shabby black leather, laced up over the ankles—obviously not made to grace the feet of a genteel young lady. Glancing back up, he took in the light honey-colored hair that framed her oval face, visible under the shawl she wore. Despite her bedraggled appearance, he was surprised to note that the girl was very pretty. Her large dark blue eyes held a gaze of youthful innocence. Long lashes gathered together by the rain made them more pronounced. There was a beauty in the sweep of youthful cheeks and the curve of full lips. She looked like a delicate rose, he thought suddenly, growing in the midst of a forsaken garden of vile weeds. He had often seen pretty girls like this and knew to his regret the fate of most of them in the Fourth District of Manhattan in the year of 1896. Driven by despair and need, many of them ended up trapped in the brothels and dance halls that filled the rundown parts of the city.

Agnes Smith turned quickly, her lips drawn tight together. She was a homely woman, with almost a mannish look, which hid a heart that was not as adamant as many thought. “This girl says her mother’s sick. I’ve told her that she’ll have to get her to the hospital to be seen.”

“Oh, ma’am, I can’t do that!” the girl exclaimed. “She can’t get out of bed.” The voice was troubled, but clear and pleasant enough—though made desperate by the anxiety reflected in the dark blue eyes. She turned to Burns quickly, recognizing his authority. “Doctor, I’m afraid for my ma! Can’t you come and help her?”

Burns was almost trembling with fatigue. Under normal circumstances, he was strong and active, but he had just put in three grueling days of sixteen-hour shifts. The staff was already stretched beyond its limits, and young Burns was a conscientious physician. From the very first day of his arrival at Baxter, Burns had given himself to trying to meet the never-ending stream of people needing help. It wasn’t long before one of the older doctors had snorted at him, “You’ll calm down once you’ve been in the business awhile. You can’t get emotionally involved with all these people. Just take it easy and do the best you can.”

A square three-story red-brick building, Baxter Hospital appeared to rise like a mushroom among the shabby tenements of Five Points. Its blank facade looked out on the streets milling with ill-clad immigrants whose faces were drained white by the incessant warfare against starvation, illness, and poverty. No ornament or decoration graced the front of the building. It sat there almost glumly, glowering over the ramshackle tenements that sprouted around it. Bringing cheer and jolly times was not the function of the institution, and now Burns wished heartily that a touch of grace had been given to the edifice in its bleak setting.

The eyes of the young physician took in the bedraggled young girl before him as he hesitated. He thought of his tidy room and longed to go get a quick meal, wash, and fall
into bed for a night of long sleep. But something about the plaintive quality of the girl’s voice and the slight tremble he noticed in her lips made him pause. Pushing his shoulders back, he cleared his throat, then glanced almost guiltily at Smith. “I suppose I could go and have a look.”

Nurse Smith sniffed and shook her head vigorously. “You’d best go home and get some sleep. You can’t go trotting around all over town. Besides, it’s not safe, Dr. Burns.”

“Oh, I expect the good Lord will watch over us,” Burns said with a smile. He reached out and gently patted the shoulder of the head nurse. He was fond of her and not afraid to show it. Smith, at first, had been taken aback by this unaccustomed show of warmth, but she had soon come to enjoy it. She took a proprietary attitude toward the young Scottish physician and the tightness of her lips relaxed. “You’re going to kill yourself,” she complained. “Well, go on, then—but be sure to eat a good meal and come in late tomorrow.”

“I may do that, nurse.” Burns turned to the girl and said, “Let me get my coat and we’ll go have a look.”

Whistle by Jones, James
Taken by You (Taken by You Book One) by Young, M.L.
The Glister by John Burnside
A Gathering Storm by Hore, Rachel
Supernaturally Kissed (Frostbite, Book One) by Stacey Kennedy
The Trust by Norb Vonnegut
Continental Divide by Dyanne Davis
Country Boy 2 by Karrington, Blake
AwayTeam by Mark Alders
Great Exploitations: Sin in San Fran by Williams, Nicole