Read The Search for Joyful Online

The Search for Joyful 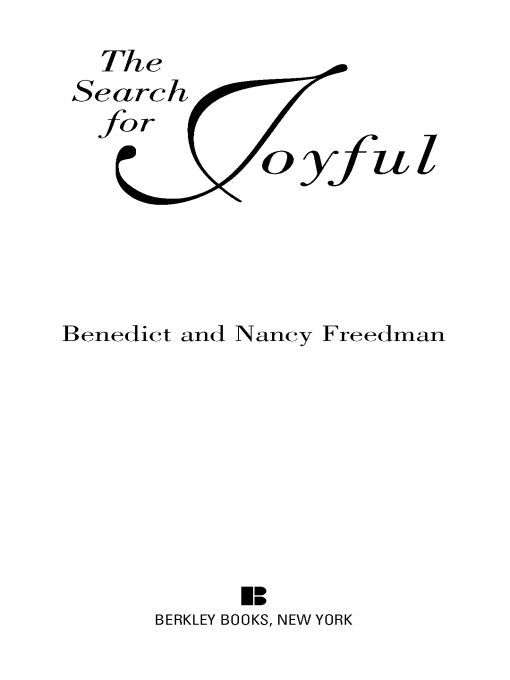 Table of Contents
Title Page
Copyright Page
Dedication
Acknowledgements
Â
One
Two
Three
Four
Five
Six
Seven
Eight
Nine
Ten
Eleven
Twelve
Thirteen
Fourteen
Fifteen
Sixteen
Seventeen
Â
About the Author
PRAISE FOR
Mrs. Mike
:
“
Mrs. Mike . . .
is the story of the start of young love, its growth to maturity, and its acceptance of a dangerous, hard, but enthralling life. Its level of sheer entertainment is extremely high.”â
Los Angeles Herald-Express
Â
“It is the personality of Sgt. Mike blowing through this account like a clear breeze that gives it a refreshing quality. Everyone's dream of a cop, he was also a romantic and understanding husband, the fondest of fathers; a man of honor and humor.”
â
The New York Times
Â
“
Mrs. Mike
is an unforgettable story, not only because it portrays the deep abiding affection between a man and a woman, but because it pictures the austere beauty of a country where life is at once simple and free, yet complicated by danger and hardship.”â
Boston Herald
Â
“The portraiture is true to life. Sergeant Mike's masculine way of talk, his ability to get on with human nature, his unending but never dramatic helpfulness, his matching the big moments with bigness, but always simply, are commonplace of men in the Force, but rare in books. The Indians are equally well portrayed. Mrs. Mike's maid, Oh-Be-Joyful, and her laconic suitor are masterly characterizations and deeply touching.”
â
Christian Science Monitor
Â
“This is a book the reader will be unable to put down until the last page is read.”â
Library Journal
Also by Benedict and Nancy Freedman
MRS. MIKEÂ
THIS AND NO MOREÂ
THE SPARK AND THE EXODUSÂ
LOOTVILLEÂ
TRESAÂ
THE APPRENTICE BASTARDÂ
CYCLONE OF SILENCE
Â
Â
Â
Â
By Nancy Freedman
JOSHUA SON OF NONEÂ
THE IMMORTALSÂ
PRIMA DONNAÂ
THE SEVENTH STONEÂ
SAPPHO THE TENTH MUSE 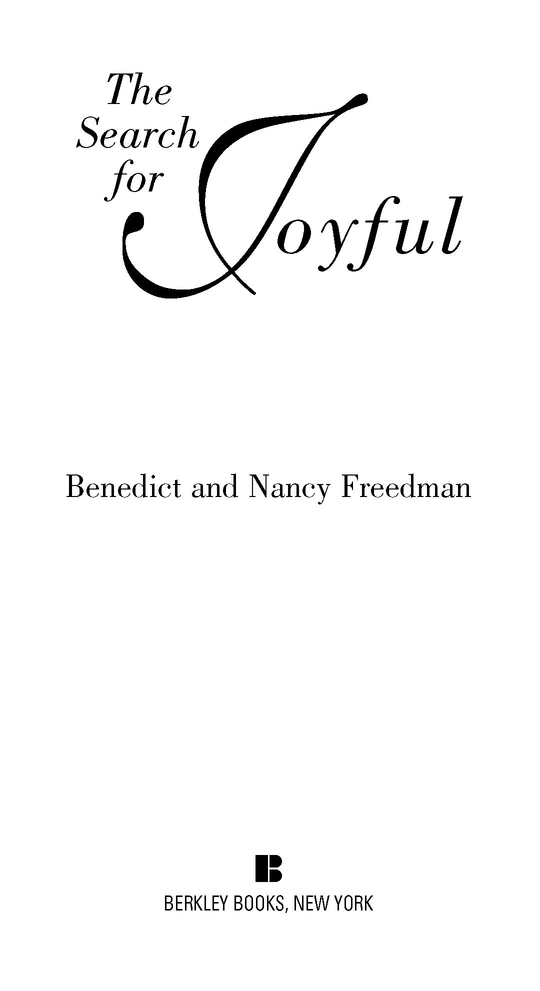 The Atlantic Abomination by John Brunner
The Lost Choice by Andy Andrews
Shackles of Honor by Marcia Lynn McClure
A Life Too Short: The Tragedy of Robert Enke by Reng, Ronald
Near to the Wild Heart by Clarice Lispector
Ambitious by Monica McKayhan
Blaze of Secrets (Asylums for Magical Threats) by Donovan, Jessie
S.P.I.R.I.T by Dawn Gray
Deep and Silent Waters by Charlotte Lamb
The Chosen Queen by Joanna Courtney