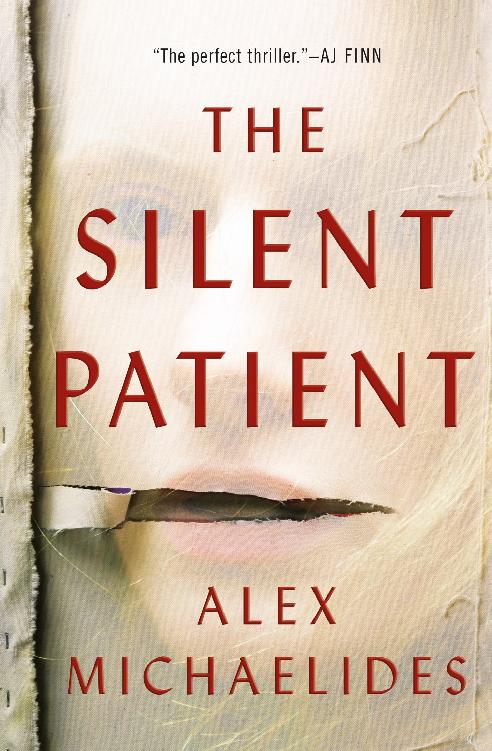 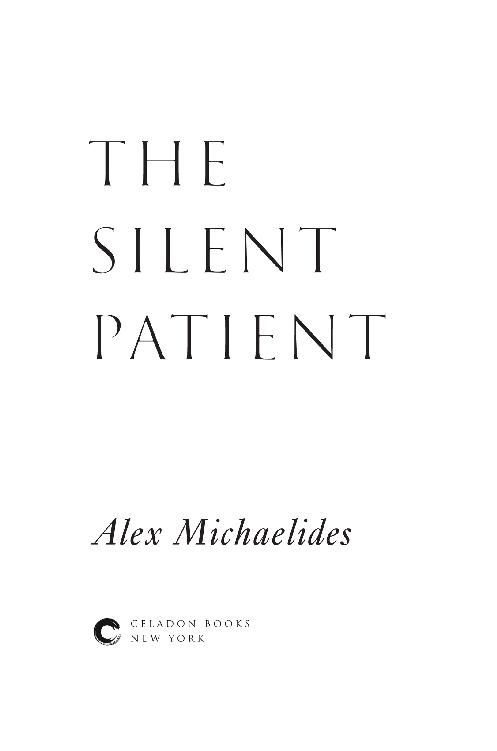 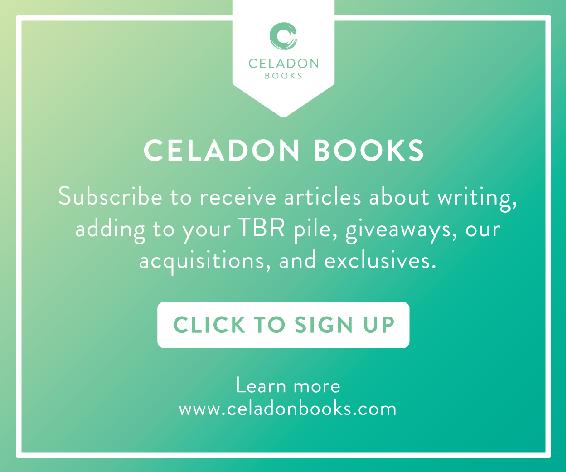 But why does she not speak?

I don’t know why I’m writing this.

That’s not true. Maybe I do know and just don’t want to admit it to myself

I don’t even know what to call it—this thing I’m writing. It feels a little pretentious to call it a diary. It’s not like I have anything to say. Anne Frank kept a diary—not someone like me. Calling it a “journal” sounds too academic, somehow. As if I should write in it every day, and I don’t want to—if it becomes a chore, I’ll never keep it up.

Maybe I’ll call it nothing. An unnamed something that I occasionally write in. I like that better. Once you name something, it stops you seeing the whole of it, or why it matters. You focus on the word, which is just the tiniest part, really, the tip of an iceberg. I’ve never been that comfortable with words—I always think in pictures, express myself with images—so I’d never have started writing this if it weren’t for Gabriel.

I’ve been feeling depressed lately, about a few things. I thought I was doing a good job of hiding it, but he noticed—of course he did, he notices everything. He asked how the painting was going—I said it wasn’t. He got me a glass of wine, and I sat at the kitchen table while he cooked.

I like watching Gabriel move around the kitchen. He’s a graceful cook—elegant, balletic, organized. Unlike me. I just make a mess.

“There’s nothing to say. I just get so stuck in my head sometimes. I feel like I’m wading through mud.”

“Why don’t you try writing things down? Keeping some kind of record? That might help.”

He kept nagging me, but I did nothing about it. And then a few days later he presented me with this little book to write in. It has a black leather cover and thick white blank pages. I ran my hand across the first page, feeling its smoothness—then sharpened my pencil and began.

He was right, of course. I feel better already—writing this down is providing a kind of release, an outlet, a space to express myself. A bit like therapy, I suppose.

Gabriel didn’t say it, but I could tell he’s concerned about me. And if I’m going to be honest—and I may as well be—the real reason I agreed to keep this diary was to reassure him—prove that I’m okay. I can’t bear the thought of him worrying about me. I don’t ever want to cause him any distress or make him unhappy or cause him pain. I love Gabriel so much. He is without doubt the love of my life. I love him so totally, completely, sometimes it threatens to overwhelm me. Sometimes I think—

No. I won’t write about that.

This is going to be a joyful record of ideas and images that inspire me artistically, things that make a creative impact on me. I’m only going to write positive, happy, normal thoughts.

He that has eyes to see and ears to hear may

convince himself that no mortal can keep a secret.

If his lips are silent, he chatters with his fingertips;

betrayal oozes out of him at every pore.

ALICIA BERENSON WAS THIRTY-THREE YEARS OLD
when she killed her husband.

They had been married for seven years. They were both artists—Alicia was a painter, and Gabriel was a well-known fashion photographer. He had a distinctive style, shooting semi-starved, semi-naked women in strange, unflattering angles. Since his death, the price of his photographs has increased astronomically. I find his stuff rather slick and shallow, to be honest. It has none of the visceral quality of Alicia’s best work. I don’t know enough about art to say whether Alicia Berenson will stand the test of time as a painter. Her talent will always be overshadowed by her notoriety, so it’s hard to be objective. And you might well accuse me of being biased. All I can offer is my opinion, for what it’s worth. And to me, Alicia was a kind of genius. Apart from her technical skill, her paintings have an uncanny ability to grab your attention—by the throat, almost—and hold it in a viselike grip.

Gabriel Berenson was murdered six years ago. He was forty-four years old. He was killed on the twenty-fifth of August—it was an unusually hot summer, you may remember, with some of the highest temperatures ever recorded. The day he died was the hottest of the year.

On the last day of his life, Gabriel rose early. A car collected him at 5:15 a.m. from the house he shared with Alicia in northwest London, on the edge of Hampstead Heath, and he was driven to a shoot in Shoreditch. He spent the day photographing models on a rooftop for
Vogue.

Not much is known about Alicia’s movements. She had an upcoming exhibition and was behind with her work. It’s likely she spent the day painting in the summerhouse at the end of the garden, which she had recently converted into a studio. In the end, Gabriel’s shoot ran late, and he wasn’t driven home until eleven p.m.

Half an hour later, their neighbor, Barbie Hellmann, heard several gunshots. Barbie phoned the police, and a car was dispatched from the station on Haverstock Hill at 11:35 p.m. It arrived at the Berensons’ house in just under three minutes.

The front door was open. The house was in pitch-black darkness; none of the light switches worked. The officers made their way along the hallway and into the living room. They shone torches around the room, illuminating it in intermittent beams of light. Alicia was discovered standing by the fireplace. Her white dress glowed ghostlike in the torchlight. Alicia seemed oblivious to the presence of the police. She was immobilized, frozen—a statue carved from ice—with a strange, frightened look on her face, as if confronting some unseen terror.

A gun was on the floor. Next to it, in the shadows, Gabriel was seated, motionless, bound to a chair with wire wrapped around his ankles and wrists. At first the officers thought he was alive. His head lolled slightly to one side, as if he were unconscious. Then a beam of light revealed Gabriel had been shot several times in the face. His handsome features were gone forever, leaving a charred, blackened, bloody mess. The wall behind him was sprayed with fragments of skull, brains, hair—and blood.

Blood was everywhere—splashed on the walls, running in dark rivulets along the floor, along the grain of the wooden floorboards. The officers assumed it was Gabriel’s blood. But there was too much of it. And then something glinted in the torchlight—a knife was on the floor by Alicia’s feet. Another beam of light revealed the blood spattered on Alicia’s white dress. An officer grabbed her arms and held them up to the light. There were deep cuts across the veins in her wrists—fresh cuts, bleeding hard.

Alicia fought off the attempts to save her life; it took three officers to restrain her. She was taken to the Royal Free Hospital, only a few minutes away. She collapsed and lost consciousness on the way there. She had lost a lot of blood, but she survived.

The following day, she lay in bed in a private room at the hospital. The police questioned her in the presence of her lawyer. Alicia remained silent throughout the interview. Her lips were pale, bloodless; they fluttered occasionally but formed no words, made no sounds. She answered no questions. She could not, would not, speak. Nor did she speak when charged with Gabriel’s murder. She remained silent when she was placed under arrest, refusing to deny her guilt or confess it.

Her enduring silence turned this story from a commonplace domestic tragedy into something far grander: a mystery, an enigma that gripped the headlines and captured the public imagination for months to come.

Alicia remained silent—but she made one statement. A painting. It was begun when she was discharged from the hospital and placed under house arrest before the trial. According to the court-appointed psychiatric nurse, Alicia barely ate or slept—all she did was paint.

Normally Alicia labored weeks, even months, before embarking on a new picture, making endless sketches, arranging and rearranging the composition, experimenting with color and form—a long gestation followed by a protracted birth as each brushstroke was painstakingly applied. Now, however, she drastically altered her creative process, completing this painting within a few days of her husband’s murder.

And for most people, this was enough to condemn her—returning to the studio so soon after Gabriel’s death betrayed an extraordinary insensitivity. The monstrous lack of remorse of a cold-blooded killer.

Perhaps. But let us not forget that while Alicia Berenson may be a murderer, she was also an artist. It makes perfect sense—to me at least—that she should pick up her brushes and paints and express her complicated emotions on canvas. No wonder that, for once, painting came to her with such ease; if grief can be called easy.

The painting was a self-portrait. She titled it in the bottom left-hand corner of the canvas, in light blue Greek lettering.

ALCESTIS IS THE HEROINE OF A GREEK MYTH
. A love story of the saddest kind. Alcestis willingly sacrifices her life for that of her husband, Admetus, dying in his place when no one else will. An unsettling myth of self-sacrifice, it was unclear how it related to Alicia’s situation. The true meaning of the allusion remained unknown to me for some time. Until one day, the truth came to light—

But I’m going too fast. I’m getting ahead of myself. I must start at the beginning and let events speak for themselves. I mustn’t color them, twist them, or tell any lies. I’ll proceed step by step, slowly and cautiously. But where to begin? I should introduce myself, but perhaps not quite yet; after all, I am not the hero of this tale. It is Alicia Berenson’s story, so I must begin with her—and the
Alcestis.

The painting is a self-portrait, depicting Alicia in her studio at home in the days after the murder, standing before an easel and a canvas, holding a paintbrush. She is naked. Her body is rendered in unsparing detail: strands of long red hair falling across bony shoulders, blue veins visible beneath translucent skin, fresh scars on both her wrists. She’s holding the paintbrush between her fingers. It’s dripping red paint—or is it blood? She is captured in the act of painting—yet the canvas is blank, as is her expression. Her head is turned over her shoulder and she stares straight out at us. Mouth open, lips parted. Mute.