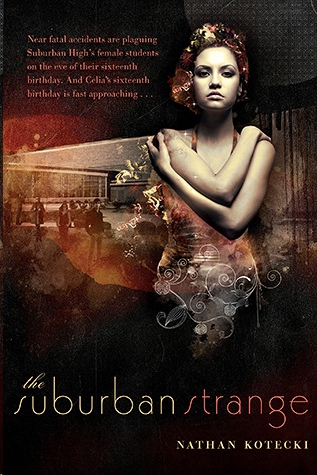 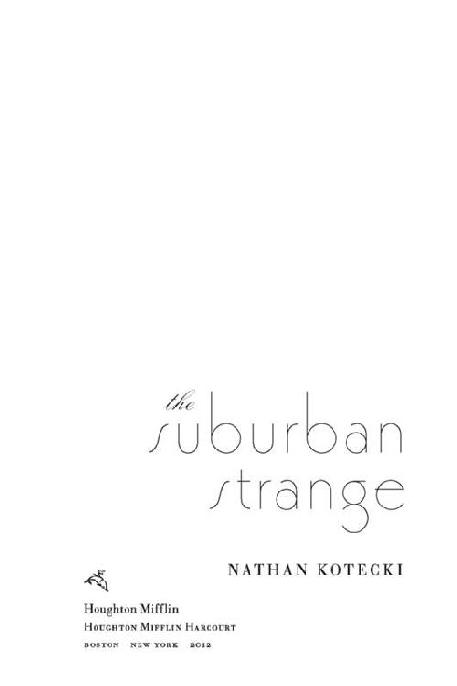 1. THROUGH THE LOOKING GLASS

2. SONGS TO LEARN AND SING

4. SOME GIRLS WANDER BY MISTAKE

12. THE ART OF FALLING APART

17. WITHIN THE REALM OF A DYING SUN

19. SHOULD THE WORLD FAIL TO FALL APART

26. THE MOON AND THE MELODIES

For Amanda
(If you have a sister who you suspect has secret
supernatural powers, you understand.)

One night I shall be awakened
by the horn from the driver
and know before my eyes are fully opened
that the signal is for me.

Then I shall descend those stairs,
going out onto the avenue
to ride away in the passenger’s seat
without so much as a glance at the driver.

1. THROUGH THE LOOKING GLASS

A
T THE QUIET BEGINNING
of a clear day, a black sedan rolled slowly down the empty street and came to a stop in front of Celia’s house. She had known it would be coming, but it was a tiny shock to see it there, even so. She opened the front door and took long, slow strides down the walk to meet it.

The car’s metal and glass glinted in the morning sun. In the passenger seat window Celia’s reflection looked back at her: a tall, thin girl wearing a little black cardigan over a gray dress. Her skin was pale and her long, straight brown hair disappeared behind her shoulders. She looked past the glare on the glass and found a second girl sitting behind the steering wheel, who was not much older than she. The driver’s razor-sharp black bob shifted and then fell back into place as her gloved hand lowered her sunglasses and she looked out at Celia. Around them the houses seemed to slumber on their lawns. The morning smelled of dew and grass. Soon it would be fall.

Celia opened the door and took her place in the passenger seat. The air in the car held traces of a perfume that re- minded her of forests and spice cabinets and Christmas. “Are you ready?” the driver asked when Celia had closed the door.

The driver put the car in gear and eased away from the curb. They glided out of Celia’s neighborhood at a stately pace, and in the amber light she felt as if they were driving through honey. A gloomy song played on the stereo, with ringing guitars and crashing drums, and a man singing:

One cold damp evening the world stood still
I watched as I held my breath
A silhouette I thought I knew came through
And someone spoke to me
Whispered in my ear
This fantasy’s for you
Fantasies are in this year . . .

The warm light flickered through the trees as they rode. Celia tried to imagine what she might have been doing, where she might have been instead, if she hadn’t . . . She wondered which thing she might have done differently, which decision would have sent her in a different direction. It was hard to guess. At this moment she felt as though she had never had a choice, really. There were so many questions she couldn’t answer, but it all seemed so inevitable, regardless. She turned around and looked at the back seat. A gray cashmere blanket lay there on the tan leather, neatly folded, waiting for the first cold snap of the fall.

They drove into a neighborhood Celia didn’t know, where the houses looked expensive and the lawns were wide. The car stopped in front of one of them, and soon the front door of the house released a handsome boy wearing a dark shirt and trousers and a brocade vest. His blond hair was short on the sides and swept into a fifties-inspired peak on top. “That’s Brenden,” the driver said. Brenden waved in their direction before he got into another expensive-looking black car parked in the driveway.

“He isn’t riding with us?” Celia asked.

Brenden’s car pulled out in front of them at the same slow pace, and they followed him into another neighborhood.

My whole life passed before my eyes
I thought what they say is true
I shed my skin and my disguise
And cold, numb, and naked
I emerged from my cocoon
And a half-remembered tune played softly in my
head. . .

They arrived at the curb in front of another house. Once again a boy emerged: olive-skinned with loose dark curls, he wore a slim gray suit jacket over a matching pair of knee-length shorts, and black loafers without socks. “That’s Marco.” The boy waved to them; then he climbed into the other car. Through its rear window Celia could see the two boys greet each other with a kiss.

“You’re not dating anyone, are you?” the driver asked Celia.

“Why is that?” The driver sounded surprised, and Celia wished she had managed to sound nonchalant instead of alarmed.

She shrugged, trying to play it down. “I’m taller than everyone.” She looked down at her long legs shrouded in dark tights, and her feet in buckled shoes with higher heels than she’d ever worn before, and she thought that now even fewer boys would be able to look her in the eye.

“You just need to date someone older,” the driver answered simply as they followed the other black car down the street, sounding complimentary and slightly bitter at the same time. It was such an obvious solution, now Celia thought about it, but she never had tried to solve the problem. Telling herself she was too tall was one of the ways she made sense of not getting more attention from boys, but that couldn’t obscure the deeper truth: Celia wouldn’t have known what to do with a boy even if he had been delivered to her in a shipping crate with breathing holes cut into the top.

I realize a miracle is due
I dedicate this melody to you
But is this the stuff dreams are made of?
No wonder I feel like I’m floating on air
It feels like I’m everywhere . . .

“Last stop. We’re late. I hope they’re ready.” The two black cars pulled up in front of an imposing modern house with a huge bed of ivy in place of a lawn. This time two people emerged through the front door. “That’s Liz,” the driver said of a shorter girl with a wavy bob, black with deep blue highlights, wearing skinny black pants and a button-down shirt with long tails. A rosary hung from her neck. “And that’s Ivo.” Celia’s guide’s voice grew warmer as Ivo walked with Liz to yet another black car. He was tall and thin with his black hair severely parted and combed, wearing a black shirt and suit. “They’re fraternal twins. They’re the whole reason the Rosary exists.”

“I didn’t tell you? That’s the name of our group.” The driver turned to look at Celia.

“No. We’re a set of small black shiny beads who string around together, finding beauty the rest of the world has overlooked.” Celia thought this was a description she should remember, but she couldn’t make sense of it. The driver continued, “The Rosary is just the name we’ve given ourselves. But to describe us, I’d say we are the cognoscenti.”

“I don’t know what that means,” Celia said.

“The cognoscenti are ‘the ones who know.’ ” The girl behind the wheel gave her an appropriately knowing look, but Celia still had no idea how to respond.

Ivo and Liz were pulling out of their driveway in a third black car, and suddenly the image of shiny black things strung together wasn’t just a metaphor. Celia felt as if she were riding in a funeral procession, and a familiar pain flared up in her. Only recently had her heart grown closed around what felt like the shards of a bullet that had lodged there when her father died. The pain wasn’t sharp every day now, but the shards were always there. They would always be there.

Like when you fail to make the connection you
know how vital it is
When something slips through your fingers you
know how precious it is
And you reach the point where you know it’s only
your second skin
Someone’s banging on my door . . .

“What are you thinking?” the driver asked.

“Good,” her guide said. “I suppose we’re a little melodramatic. You know,
In the midst of life we are in death,
and all that. But that’s what makes it interesting—most people only think about dark things when they’re forced to, even though dark things can be very beautiful. You understand?”

“I think so.” It all sounded rather deep to Celia. For the moment she was relieved that the pain that had flickered in her seemed to be passing. This ride and the memories it evoked weren’t cutting into her the way she had feared. Today there would be no casket awaiting her when they reached their destination. Still, she hoped the time would come when she understood it all.

The procession crept along and turned onto a road that approached a sprawling building arching into the sky like the armor of a stegosaurus, halls and wings poking out in all directions. It stood by itself, with open fields on either side and across the street. But at its feet, cars of other colors and people in conventional clothes moved quickly in every direction, and the stark serenity of the drive began to evaporate. The Rosary’s three black cars filed smoothly into the midst of it all and finally stopped side by side in the parking lot. Celia opened her door and the dreamlike feeling of the journey was gone instantly, like a hubcap clattering to the pavement. She put her feet back down on the ground and stood up, looking around, nervously waiting to be introduced to the others.

“Hello, Regine,” Marco said to Celia’s driver. “And finally we get to meet Celia.” He looked at her with curious, kind eyes.

“Here she is.” Regine presented Celia by touching her elbow, and Celia wondered if she should step forward. “Marco, Brenden, Liz, Ivo, this is Celia.” They all nodded at her. She didn’t know what she was supposed to do. But in the next moment they began to speak to each other, and she felt as if she had faded away like a ghost.

Becoming the Story by L. E. Henderson
Totally Worth Christmas (The Worth Series, Book 4.5: A Copper Country Novella) by Jacobs, Mara
This Just In... (Harlequin Superromance) by Jennifer McKenzie
Homesick by Roshi Fernando
B00CLEM7J0 EBOK by Worre, Eric
Thief by Annie Reed
The Secret by Kate Benson
Miss Taken by Sue Seabury
Mystery of the Sassafras Chair by Alexander Key
Edith Layton by Gypsy Lover