Read The Ties That Bind Online

In fact Luke’s eyes were watering because the sun’s reflection on the sea had dazzled him. Now was the time to repay Jem’s honesty and bravery, to tell him about the email, but he couldn’t. He would do it later, in a letter, spineless to the last. Instead, he dropped his chin to his chest and said, ‘I think it’s for the best,’ putting a sigh in his voice to show that it hurt to admit it. ‘It’s too messy. You can’t go back.’

‘Oh, thank God,’ said Jem. ‘You don’t know how nervous I’ve been about talking to you. Look, I’ll always be here for you. If you ever need anything. You know, practical help.’

He meant money. He couldn’t help himself.

Luke stared across the glittering sea to the shell of the West Pier, where fifty years ago, two men had met to talk and only one had come back. In the unforgiving low sunlight it was just a load of old wood and iron jutting from the water.

A fast-food kiosk behind them threw out the sugary, fatty scent of frying donuts, reminding Luke how hungry he was. He craved a bag of greasy chips. Rooting in his pocket for cash, he found only a soft silk scarf wrapped around the devalued currency of the lens.

‘You could buy me a bag of chips,’ he suggested. It felt reasonable to ask for something so small. Luke drenched the open bag in salt and vinegar. Jem couldn’t have been on one of his health kicks because he ate some too, his fingers brushing against Luke’s and eventually catching hold of his hand. When Luke turned to look at him he was wearing his intense face. Jem’s hand travelled up to his cheek. The kiss was inevitable, not from desire but from a strange kind of duty. Luke was relieved at his lack of response, and more so when Jem pulled away first.

‘It’s gone, hasn’t it?’ said Jem. ‘The magic. I never thought I’d kiss you and not feel anything.’

‘Maybe that means we can be friends,’ said Luke. It was the kind of thing you had to say.

‘You’ll always be the first man I ever loved,’ said Jem to his feet.

‘Will you do something for me?’ said Luke.

‘Make sure I’m not the last. Don’t let Serena pull you back into some weird little straight Stepford world.’

‘Never,’ Jem said with conviction and then something that might have been amusement pulled at one corner of his mouth. ‘Actually, she’s got a new vocation now. She’s decided she’s going to find me a new boyfriend. She’s got all her friends on the lookout. They’re making a list of men I might get on with.’

Wow. He didn’t know who to pity more: Serena, for still needing to control Jem, him for letting her or the poor sod who ended up at the top of her list. He wondered what Jem was going to do about the tattoo but thought better of asking him.

He had eaten enough. He threw the remaining chips out into the sea. Gulls homed in like a net was closing around them.

Luke and Jem retraced their steps to the turnstile in silence. They walked with their feet aligned with the boards, the distance between them small but parallel, constant.

The public address system called the gate for the Qantas flight to Sydney. It was late December and Christmas was in full swing in the world-between-worlds that was the North Terminal of Gatwick Airport. A woman dressed as an elf was wandering the bar area with a tray of shot glasses slopping with Baileys. Luke was still half-pissed from the night before, when Viggo and Charlene had joined forces with Caleb and Belinda to give him a send-off in the cottage. Viggo was ‘keeping the place warm’ for him over the winter. Strange to think, after all the work that Luke had done at that table, that the books that would be written there would bear Aminah’s bubblegum-pink byline.

The usual songs were playing on a loop and the teddy bears in the Harrods gift shop wore Santa suits. Luke bought one for his newest nephew, realising too late that he was saddled with it for the next twenty-four hours. He had long checked his hold luggage, a tiny case containing his few clothes that were appropriate for an Australian summer and some sticks of Brighton rock for the older children.

Everything that mattered was in the satchel slung across his body. A long letter to Jem, explaining as tenderly as Luke was able the truth behind the email, was sealed, stamped and tucked into the compartment that had once held the suicide note. He had been carrying it around for over a week now, losing his nerve at the mouth of various Brighton postboxes.

He checked and re-checked his passport and tickets. They were in the front pocket of his satchel, together with a letter from the Brighton Police. One of the first things he had to do on arrival in Sydney was to report to a designated police station in the city. He had been allowed to leave Britain on the condition that he return to take the stand at Vaughan’s trial. Of course he was not expected to testify in the Jasper Patten murder case, but the lesser charges of Luke’s abduction and torture were still being brought. Like Luke, the police wanted Vaughan behind bars for as long as possible. They had told him not to expect to be recalled for at least nine months.

At the currency exchange, he bought himself a couple of hundred Australian dollars. Next to the desk was a plastic pillarbox bearing the Queen’s initials. Luke’s hand reached into the satchel almost of its own accord and he watched Jem’s letter disappear into the slot. Instantly he felt lighter.

At the final call, he boarded and took his seat by the window. In the distance he saw the motorway and wondered if one of the tiny glinting cars was Grand’s Bentley. Charlene had insisted on dropping him off in the car, which despite having been adapted at great expense was essentially hers to do what she liked with.

Grand had not yet been her passenger. Her job as his driver was a source of delight and concern to her. For twice her old salary, she had to do almost no work. Charlene and the other staff suspected that he was converting Joss Grand Properties Ltd into a registered charity as well as making a few one-off bequests. Luke hoped with a fervency bordering on prayer that one of these would be to Charlene and her father. He knew how conflicted she was about accepting help and hoped that Grand picked up on it, too: it was just the kind of decency he would reward. And whilst Luke had not accepted Grand’s offer of ownership of Temperance Place, the terms of his tenancy remained in place indefinitely.

As the aeroplane thundered down the runway, his takeoff nerves were compounded by a tug of guilt at leaving. He knew that it was only in Australia, away from the press and pull of judgement and expectation, that he would be free to write, but it didn’t stop him feeling like a coward. At their last meeting, Grand had urged him to begin writing now. They told each other that this was so the book would be ready for publication soon after Vaughan’s conviction. They both knew that Luke was more likely to come back for a funeral than for a trial.

The plane lilted suddenly, alarmingly, to one side and through the window Luke saw its shadow undulate across the Downs. Isolated farmhouses condensed into hamlets; here and there the turquoise pop of a swimming pool showed agricultural Sussex losing out to the stockbroker belt. And suddenly there it was.

Brighton spread below him, the seething, bleeding layers of history contained within its grids and squares. Pressing his nose against the thick window, Luke superimposed little pink boxes over a fraction of the households. The city sprawl slammed up against the shore and squeezed itself into the one remaining pier, a place where the lights never went out, a neon spike reaching defiantly out into the scrolling sea.

I hope this book is true to the spirit of Brighton, my second city, even if I have taken liberties with its history and its geography. The Brighton History Centre in the Pavilion did exist; like Luke, I spent many happy hours squinting at back issues of the
Argus
on the microfilm machine. It closed down a few weeks after I finished working on this book, and the archive now resides in a state-of-the-art library at Sussex University. In tribute to a special place, I gave the original History Centre a stay of execution on the page, keeping it open until the autumn of 2013, when the novel is set.

Thank you to all at Hodder: Suzie Dooré, Eleni Lawrence, Veronique Norton, Francine Toon and to Victoria Pepe. Thanks to Jennifer Whitehead Chadwick, who knows which buttons to press and Helen Treacy, who always knows when to push.

Thank you to all my friends in the CWA and my Twitter family, especially Julia Crouch for the 11th hour rescue.

Above all, thanks and love to my real family: Michael, Marnie and beautiful new arrival (and deadline saboteur) Sadie, Mum and Jude, Dad and Susan, Owen and Shona. 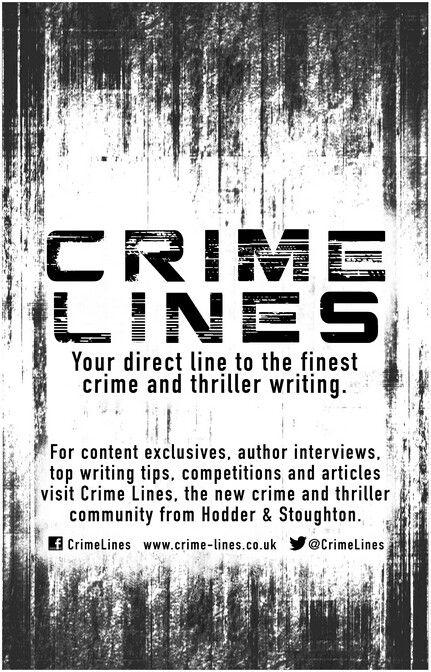