Read The Youngest One Online 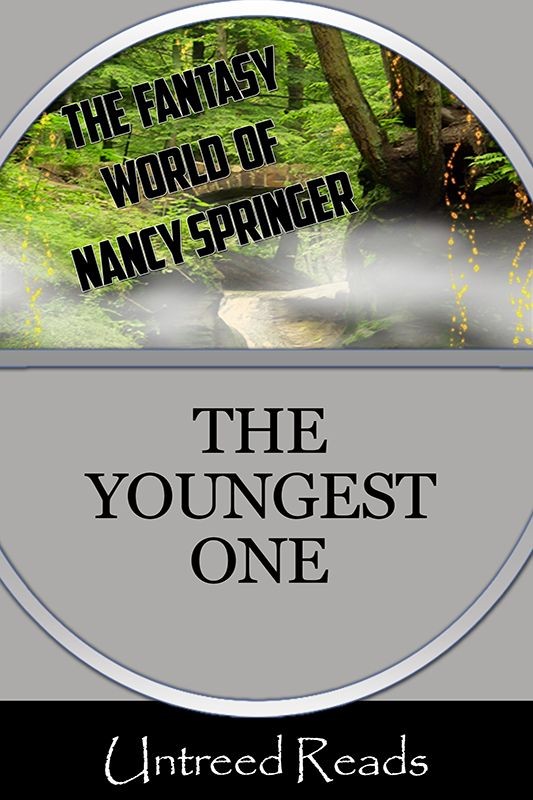 The author is hereby established as the sole holder of the copyright, and has granted permission to the publisher to enforce said copyright on their behalf.

The Boy Who Called God “She”

The Boy Who Plaited Manes

The Scent of an Angel

“Good morning, Jessica,” called the squatty old woman who always sat on the porch of number 321.

What’s so good about it?
Jessie wanted to scream, her mood as heavy as the backpack hanging from her arm as she trudged toward school.
There’s nothing to eat, not even a slice of bread, and Mom’s passed out on the sofa again.
But she forced a small smile and replied, “Morning.”

“Jessica.” Leaning toward her, Warty beckoned her closer. “Warty” was what the kids in the nabe called the old woman because there were bumps on her face, each with a single thick white hair sticking out like a cat’s whisker. Warty’s hunched body looked kind of lumpy too, under her polyester dress, and it bulged like a bean bag over the edges of her chair. Most of the kids called her names, laughing at her to her face. But Jessie never wanted to hurt anyone, especially not a bent-over old woman who could barely walk. Her mood was so bad she wished she could ignore old Warty, but that would be mean. So, stepping off the sidewalk, she stood at Warty’s gray, unpainted porch railing.

The old woman’s knobby hand hovered in the air as she fixed Jessie with a stare. “Are you studying Shakespeare in school right now, Jessica?” Those old eyes, faded blue, almost white, seemed suddenly so bright that facing Warty was like being caught in front of a pair of halogen headlights on high beam.

“Um, yeah,” Jessie stammered. “Yes.” Eighth graders had to read Shakespeare, written in the sixteenth century and having
sooo
much to do with Jessie’s life in a low-rent row house on Railroad Street.

The old woman nodded once, decisively, and her crooked hand settled in her lap. “Read it closely and pay attention,” she ordered.

“Um, sure. All right.” Sensing herself dismissed, Jessie stepped back and kept walking toward school, though she didn’t feel like going. What was the use? With Dad run off no clue where, and Mom drunk or maybe stoned too, and Jarod and Jason staying out all night instead of helping the way older brothers ought to, what was the use of anything?

Jessie went to school only because she was hungry. She didn’t have lunch money, but one of her friends would loan her a dollar, or share with her, or something.

As You Like It?
Whatever. Jessica didn’t like it, especially not taking up the whole English period. She did not pay attention.

Lunch was fish sticks and cornbread. Lots of kids didn’t like it, so Jessica ate what they didn’t want. After lunch she hooked out.

She did not want to go home—what for? But she couldn’t think of anywhere else she wanted to go, either. So she wandered the streets. Slow, random, eyes on the gray pavement—

Something the color of a UPS truck squatted right in the middle of the sidewalk in front of her. Lumpy. At first Jessie thought it was a pile left by a very large dog.

But before she could say, “Ew!” she saw that it was alive and looking at her. Motionless, but watching her.

What would a toad be doing in the city? Jessie had never seen one before. But there sat one about the size and shape of a road-killed softball. A toad. Not a frog. Even a city girl ought to know the difference, Jessie considered; a frog would have been all sleek like a biker in leathers, not sloppy and bumpy like it was made of warts.

“What are you doing here, toad?” Jessie hunkered down to face it as if she were talking with a child.

The toad just stared at her.

Weird. Its eyes were blue. A way, way pale blue.

“Are your eyes supposed to be that color?” Jessie asked. “I mean, what do I know? I never met a toad before. Aren’t you kind of big for a toad?” It also seemed weird that the toad was not afraid of her. Not hopping away. Its front feet turned inward, half hidden under its belly, like crooked little hands. Its hind feet sprawled at ease on the concrete.

Jessie started to feel worried about it.

“You can’t just sit there, funny face,” she told the toad. “Some butthead will do something to you.” Some kids in her nabe had got hold of a turtle once, and pounded it with rocks until it broke open. Jessie had tried to stop them, but it was like trying to stop Mom from drinking, no way. A bunch of kids had grabbed her by the arms and made her watch while the other ones killed the turtle. Remembering, Jessie felt sick.

“Get out of here, toad.” Standing up, Jessie nudged it gently with her foot, feeling like she didn’t want to touch it with her hands. She’d heard that touching a toad would give you warts, and while she didn’t really believe that, the toad did look kind of gross. Anyhow, she didn’t know whether toads had teeth, and what if it bit her?

Shoved by her toe, the toad didn’t even blink. Maybe toads couldn’t blink. It didn’t move, either, just sat there with its yellowish belly fat spread like a soft suction cup on the sidewalk.

“Come on!” She tried using her foot like a lever to get the toad moving.

Contentedly it sat the way she’d propped it.

“Oh, why do I care?” Stepping away, Jessie turned to keep on walking wherever she was going.

While the toad sat where some creep with size-thirteen Nikes could stomp it flat.

Jessie shook her head, rolled her eyes, and bent over. She whispered, “Yuck.” When she straightened, she held the toad in both hands in front of her. Spread across her cupped palms, the toad felt flabby, clammy, and not real likely to move. Kind of like a big cold fried egg, only squishier.

“Sweet are the uses of adversity;

Wears yet a precious jewel in his head…”

Dozing through English class the next day, Jessie sat up suddenly to listen. Toad? Hidden under her bed at home, sitting in some moist dirt in a cardboard box, was a toad, and Jessie wondered what to feed it. She had brought it various wormy things she’d found underneath loose bricks, but the toad had shown no interest in the creepy-crawlies.

“What does Shakespeare mean by this?” the teacher was asking. “What is ‘adversity’?”

No one wanted to answer, of course, but eventually it came out that adversity was sort of adverse weather in a person’s life. Like, bad luck, or hard times.

“Now, in Shakespeare’s era, people believed toads were horrible, ugly animals associated with witches, poisonous to touch,” the teacher said as if she thought anybody cared. “But they also believed that often bad things carried their own cure. In a way we still do believe that. For instance, people still say ‘fight fire with fire’ or ‘hair of the dog that bit you.’”

This wasn’t helping Jessie any. She started to lose interest.

“So by this simile, Shakespeare is saying that, in a hidden way, hard times can be a blessing for us.”

If that teacher thought that whatsit, adversity, was such a good thing, she ought to try having a departed father, a drunken mother, and disappearing brothers. Jessie tuned out.

Home from school, Jessie found no one there, as usual. No father, no mother, no brothers. But, letting her book bag drop to the kitchen floor, she reminded herself that there
was
a big peaceable toad, unless… It never seemed to move, like, maybe there was something wrong with its legs, but what if it had remembered how to hop? What if it had gotten out of the box and gone away?

Taking the stairs two at a time, Jessie ran up to her room, lunged to her knees, and eased the box out from under the bed.

Squatty, lumpy, and serene, the toad gazed back at her with pale blue-white eyes.

Jessie sighed with relief, smiling. “Hi, toad!” Gently, grasping it around its bulgy middle with both hands, Jessie lifted it out of the box. Its flabbiness no longer felt yucky to her. Cupping it in both palms, she lifted it to her eye level and asked, “Are you okay? Did you eat anything?”

The toad just sat there as if in an armchair, its crooked little hands resting on her thumbs.

“What do you want me to bring you, pepperoni pizza? What do toads eat?”

Not that she expected any answer. But she felt better having something, anything, to talk to.

“Maybe Mom went for food. Whatever she brings home, I’ll give you some.
If
she brings any.”

Steadily the toad met her gaze with its freaky cloud-and-sky eyes.

“Are you a Shakespeare toad? I know you’re not, like, venomous, but do you have a precious stone—”

With a squeak Jessie stopped talking, for in that moment the toad’s eyes focused on her in a way they hadn’t before: intense, vehement, bright, so bright Jessie couldn’t see anything else; it was like being caught in front of a pair of halogen headlights. Just like—

But even as she thought where she had seen such eyes before, she felt the toad’s dumpy weight leave her hands. Not hop away. Just leave. As she gawked, blinking in disbelief, she saw the ghost of a toad, then, blink, the dried-out mummy of a dead toad older than Shakespeare, then the feather-light skeleton of a toad, and finally, all in a moment, a shining, weightless blue-white jewel.

But Jessie’s right hand closed around it, without recognition, as she bolted to her feet with a cry. A terrible thought had taken hold of her like a clenched fist. Downstairs she ran so fast she almost fell, and out the door, and up the street toward number 321. “Mrs. Warty!” she yelled, panting, trying not to cry. “Mrs., um…” She didn’t know her elderly neighbor’s proper name. “Are you still there?”

Yes. Now she could see the old woman. On her porch. Hunchbacked, she seemed to sag in her chair…was she alive?

Rushing up to the porch, Jessie cried, “Please, are you…are you…” She couldn’t get the words out.

The old woman’s bright, pale eyes lifted to look at her. “What’s the matter?”

“Of course I’m all right.” The old woman leaned forward, peering. “Are you?”

“You have a good heart, Jessica. Always concerned for others before yourself.” With a quirk of her rumpled face that might have been a smile, Warty added, “I’m fine. Toads are simple.”

What…toad…old Warty really did know all about it? Jessie had to hang onto the weathered gray porch railing for support, trying to get past a dizzy feeling.