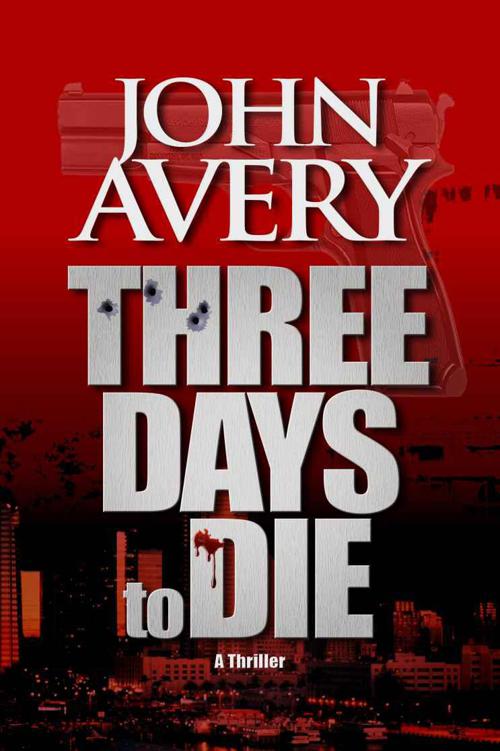 All rights reserved under International and Pan-American Copyright Conventions. By payment of the required fees, you have been granted the non-exclusive, non-transferable right to access and read the text of this e-book on-screen. No part of this text may be reproduced, transmitted, down-loaded, decompiled, reverse engineered, or stored in or introduced into any information storage and retrieval system, in any form or by any means, whether electronic or mechanical, now known or hereinafter invented, without the express written permission of the author.

This book is a work of fiction. The names, characters, places, and incidents are products of the writer's imagination or have been used fictitiously and are not construed as real. Any resemblance to persons, living or dead, actual events, locals or organizations is entirely coincidental.

This eBook is licensed for your personal enjoyment only. Thank you for respecting the author's rights and the hard work that went into the creation of this novel.

"A temptation resisted is a true judge of character."

At 9:30 a.m. that Friday, the Community Plaza Bank lobby was already crowded with customers, some scurrying about their business like hungry rodents, others unhurried, content to linger warm and dry, protected from the cold September rains blowing through the small coastal city.

None of them noticed when two small, olive-green canisters bounced softly on the carpet and rolled into the middle of the room. And when the grenades popped and began hissing out plumes of blue smoke, only an attentive few raised their eyebrows.

But when three armed thugs wearing white jumpsuits with matching Day-Glo accented ski masks burst through the doors,
everyone
noticed.

The first gunman, masked in neon-green horizontal stripes, crossed quickly to one side of the lobby and stood next to a large, marble pillar. He dropped his armload of empty duffel bags to the floor and stared back at the terrified crowd, rifle at ready.

Second through the doors, peering out through shocking-pink polka-dots, was 13-year-old Aaron Quinn. Numbed by fear, Aaron couldn't remember what to do, so he ran over and stood next to the man in neon-green.

The third gunman, in electric-blue vertical stripes under a leather fedora, moved to the center of the room and stood between the two smoke grenades. His eyes gleamed as he scanned the room, taking in every detail, spotting every nuance, his mind calculating, adjusting, tuning his plan to the reality of what he saw.

He raised his assault rifle and fired a three-round warning burst, punching a tight pattern of bullet holes in a ceiling tile. Hostages screamed and clutched each other. Aaron's ears rang, and he watched, mesmerized, as bits of white fluff drifted down through the blue smoke like the artificial snowflakes at a winter-theme dance.

The gunman tipped his fedora back slightly. "Okay, people!" he shouted, his pace rapid-fire. "We don't have a lot of time or technology. So listen up!" Wildly charismatic, the man made a very strong impression, and though they couldn't see his face, several female hostages found themselves strangely attracted to him.

Aaron felt a bolt of adrenaline arc through him and he held his breath.

The man put his rifle to his hip and fired a quick burst, cutting three loan-approval desktops neatly off. Wood chips littered the area as echoes of rifle fire faded into horrified silence.

"Do I make myself clear?" he said, and judging by the reaction, he had.

The man in neon-green walked over and stood back-to-back with him, their rifles forming a black X. Aaron scrambled over and crouched low next to them. Thick blue smoke swirled about the brightly masked trio, adding to the surrealism of the moment.

The man in electric-blue tipped his fedora forward and started the count.

Aaron (deaf in both ears after the first shots) covered his ears tightly with his hands.

The trigger men grit their teeth and fired low, burning streams of bullets, sawing everything waist high in half as they circled to their left. Hostages screamed and dove for cover as death passed overhead in a hail of debris.

Within seconds the men completed a full circle and ceased fire. A metallic ringing sound reverberated about the lobby, then abruptly died, as dust, smoke, and the sweet smell of gunpowder filled the room.

All in Good Fun

The Alton Brothers Fish Cannery was destroyed by fire yesterday evening during a night-shift of over 200 employees. It was determined that a faulty pressure-relief valve, deemed safe by the deputy engineer, caused the cannery's coal-fired boiler to explode. The force of the blast set off a chain of secondary explosions and fires that ran through the building, causing the entire structure, along with one hundred and forty-seven trapped workers, to collapse and burn to the ground. The deputy engineer was later found dead in his home after an apparent suicide.

"Ahem!"
she bellowed, using as much authority in her voice as she could muster.

Aaron Quinn's head jerked up from the table, and for a moment he thought the knives behind his eyes had severed his optic nerves. Instinctively he reached out a hand then recoiled in disgust as his fingers squished into something like warm cheese in a knit sack.

He blinked, grossed out. There in front of him, so close she blocked his view of the middle-school library like the side of a bus, stood the evening's billowy on-duty teacher.

She looked down aghast at the fold in her stomach where Aaron's fingers had blundered, then gave him a look that curled his toes and trundled back to her office, longing for the good-old-days when she would have taught the audacious punk a quick lesson in the use of hardwood.

Aaron wiped his hand on his jeans then checked the large clock on the wall across the room. 7:29 p.m. He had managed to sleep through nearly all three hours of detention.

He unzipped his sweatshirt. The air-circulator had shut down at the end of the normal school day and the library was hot and airless, as if the countless thousands of books and magazines surrounding him lived on oxygen. He did a few neck rolls to ease the tension in his shoulders, then drained his water bottle and squashed it flat.

Laid open on the table in front of him was a large, leather-bound book:
Strange Disasters of the 20th Century –
a collection of bizarre newspaper articles from the 1900s.

A small puddle of drool was soaking into a photograph from the article he'd been reading before he fell asleep. A gruesome image, the old photo showed the many dozens of contorted bodies that had yet to be extricated from the ashes of the 1905 cannery fire.

Aaron pulled the sleeve of his sweat-shirt down over the heel of his hand and wiped the offending spot dry, taking a moment to reread the last sentence of the article. He paused over the word
suicide
before closing the heavy book and returning it to its home on the shelf behind him.

The Husband Beside Me (The Devil Trilogy Book 2) by Evangelene
Now the War Is Over by Annie Murray
Hour of the Rat by Lisa Brackmann
Saving Forever - Part 3 by Lexy Timms, B+r Publishing, Book Cover By Design
The Scenic Route by Devan Sipher
Killer Moves: The 4th Jolene Jackson Mystery (Jolene Jackson Mysteries) by Boyd, Paula
rtbpdf by Cassie Alexandra
Blood Rush (The Lost Witch Trilogy #2) by Katie Lee O'Guinn
Who's the Boss Now (Managing the Bosses Series, #3) by Lexy Timms
Money and Power by William D. Cohan