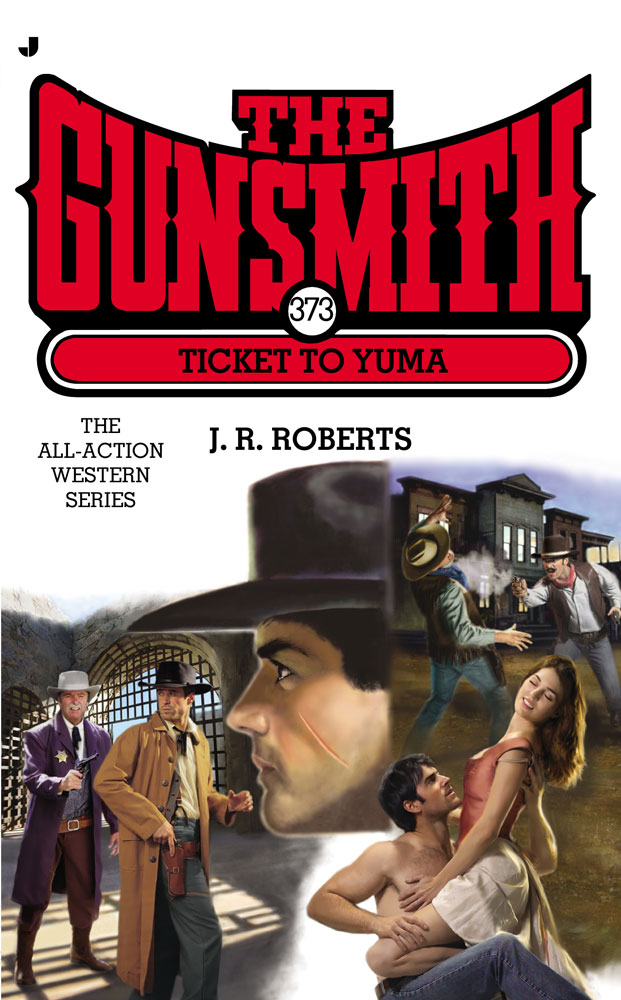 “I know he's the Gunsmith,” Chet Barton said, “but in here he's just one of us.”

“He ain't been here long enough to join with anybody. And there might be some folks in here who wanna kill him as much as we do.”

“That's what I mean,” Kerry said. “Let's find out who we got backin' us before we make a move on somebody like him.”

THE GUNSMITH by J. R. Roberts

Clint Adams was a legend among lawmen, outlaws, and ladies. They called himÂ .Â .Â . the Gunsmith.

BUSHWHACKERS by B. J. Lanagan

An action-packed series by the creators of Longarm! The rousing adventures of the most brutal gang of cutthroats ever assembledâQuantrill's Raiders.

Dex Yancey is Diamondback, a Southern gentleman turned con man when his brother cheats him out of the family fortune. Ladies love him. Gamblers hate him. But nobody pulls one over on DexÂ .Â .Â .

The blazing adventures of mountain man Will Barlowâfrom the creators of Longarm!

J.T. Law: the most relentlessâand dangerousâmanhunter in all Texas. Where sheriffs and posses fail, he's the best man to bring in the most vicious outlawsâfor a price. 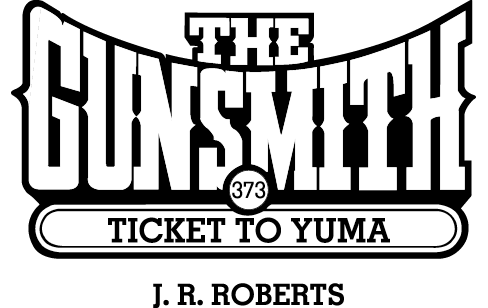 A Jove Book / published by arrangement with the author

No part of this book may be reproduced, scanned, or distributed in any printed or electronic form without permission. Please do not participate in or encourage piracy of copyrighted materials in violation of the author's rights. Purchase only authorized editions.

Jove Books are published by The Berkley Publishing Group,

The “J” design is a trademark of Penguin Group (USA) Inc.

The iron door closed with a loud clank. The key turned with a lower click. Clint Adams had been in a lot of small rooms in his time, but never anything as small as this cell. He looked around. There was a cot with a worn blanket and a hole in the ground to use as a privy. He sat on the cot, found it as hard as sitting on the ground. Leaning against the wall, he thought back to how he had become an inmate in Arizona's famed Yuma PrisonÂ .Â .Â .

Clint rode into Prescott, Arizona, looking for a man named Harlan Banks. Prescott had undergone a growth spurt over the past few years, and was now a thriving community with more than several saloons and hotels. The streets were busy as he rode in at midday, and he had to rein in several times to avoid colliding with a wagon, a pedestrian, or another horse.

Prescott was too big to be able to find one man easily, unless you knew where to look. For a man like Banks, you looked in saloonsâbut not just any saloon. The ones that featured not only whiskey, but also gambling and girls. However, first you looked in jail, because a man like Harlan Banks invariably found himself behind bars at one time to another.

Clint rode through town, filing away locations in his brain. Gambling parlors, hotels, cafÃ©s, the sheriff's office, and a police station. He kept going until he came to a livery stable. He dismounted and walked Eclipse inside.

“Whoa,” the man inside said, “that's some animal.”

The man was in his sixties, had the scars to prove he'd been around horses most of his life. At some time or other a horse had nipped his face, his hands, he was even missing half of a finger that some horse thought was a carrot. And he limped, indicating he'd probably been kicked more than once.

He knew good horseflesh when he saw it.

He walked around Eclipse, ran his hand over the horse's withers. Clint was surprised that the Darley Arabian allowed it. There must have been something about the man that the horse liked.

“Well, Handy, I want him well taken care of,” Clint said. “Does that mean I leave him with you?”

“It sure does,” Handy said. “I'll take care of him better than anybody in town could.”

“Where you gonna be, Clint?”

“Statler House, down the street,” Handy said. “Not the best in town, but clean, with good mattresses.”

“That sounds like the best hotel in most towns.”

“Well, this town's growin',” Handy said. ”Coupla other hotels got what they call honeymoon suites. Ya pay lots for that kinda room. That what you're lookin' for?”

“Nope,” Clint said. “No honeymoon for me. Clean is good enough.”

“I dunno,” Handy said. “Why don't we talk about that later? Ask anybody. I won't gouge ya. In fact, maybe I'll end up payin' you.”

“There ya go,” Handy said again.

Clint turned to leave, then turned back.

“Police station,” Handy said, as if the words tasted bad. “They call that progress. Naw, if you're friend needed a night in jail, he woulda gone to the jail. You wanna talk to the sheriff.”

“His name's Artie Coyle,” Handy said. “Been sheriff here over a dozen years.”

“Folks like him,” Handy said. “But then the town council, they decide we need a police department, like back East.”

“It's happening a lot in the West,” Clint said.

“So now Artie, he handles drunks and stray dogs. Most everythin' else goes through the new police department, and their chief of police.”

“Like a store clerk somebody pinned a badge on,” Handy said.

“How many men on the police force?”

“Oh yeah, carry guns and sticks. Some of them, they use them sticks a little too much.”