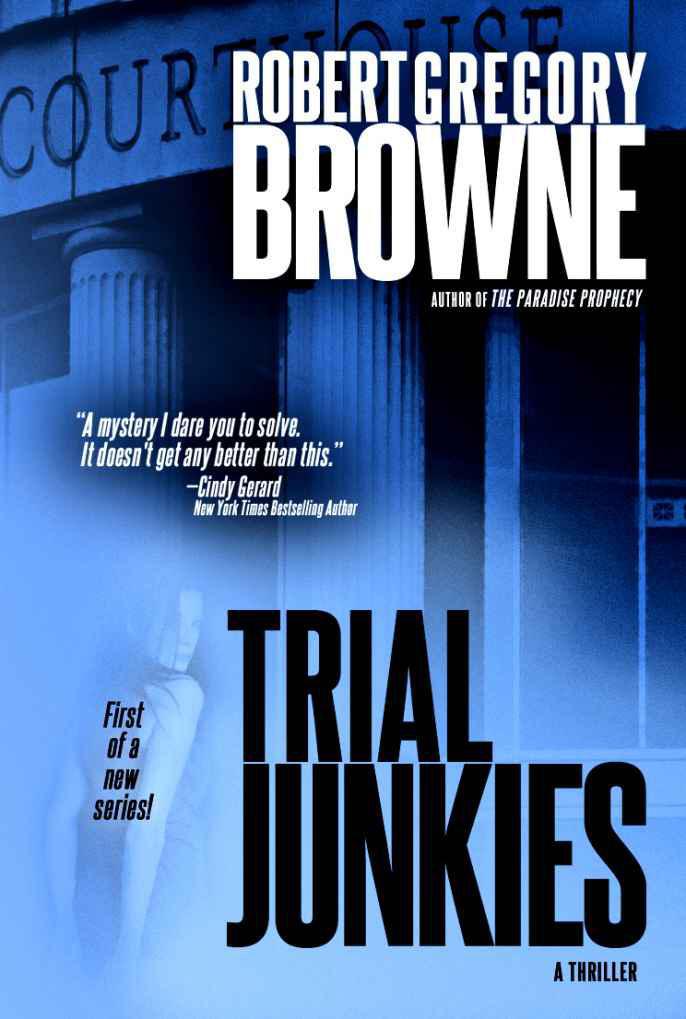 This is a work of fiction. Names, characters, places, and incidents either are the product of the author's imagination or are used fictitiously. Any resemblance to actual persons, living or dead, events, or locales is entirely coincidental.

No part of this publication may be reproduced, stored in a retrieval system, or transmitted, in any form or by any means, electronic, mechanical, photocopying, recording, or otherwise, without prior written permission from the author.

All rights reserved. Publishing in the United States of America by Penname Press, a division of Braun Haus Media.

Whisper in the Dark

Down Among the Dead Men

The Gang's All Here

She had been left to die in a vacant lot on Clark Street, lying in a pool of her own blood, multiple stab wounds to her chest and abdomen, her face slashed, her throat slit ear to ear.

Hutch hadn't seen or spoken to Jenny in nearly ten years, but she had never been far from his mind. And the thought that some mad man had mutilated the woman he had once loved—
still
loved, if you wanted the God's honest truth—sent him rushing to his trailer to relieve himself of the Spanish omelet the craft service had served for breakfast.

Hutch hadn't received any phone calls about this. No old college pals breaking the bad news in a distant, halting voice. Chances were pretty good that most of them would hear about it exactly the way
he
had—a simple, unassuming headline on the opening page of the
Chicago Post
website:

Hutch was a Chicago native and surfed the
Post
daily, but this was the kind of story he would usually pass over on his way to the sports page. He was living and working in Hollywood these days and had decided long ago that it was best to ignore such things. He had a pretty good life here and was still selfish enough to want to tune out any outside interference. No point in upsetting the balance he had struggled so hard to regain these last few months.

But then he saw Jenny's photograph and the world tilted sideways. She looked older, but just as beautiful as ever, those clear, intelligent eyes staring up at him as if to say—

Where were you, Ethan?

Why didn't you return my calls?

He was in the make-up chair when he saw it, Christine applying a nasty-looking bruise to the side of his face. He didn't bother to excuse himself. Didn't bother to say
anything
. Just looked into those eyes, tossed his iPad to the counter, then jumped up and bolted across the sound stage toward his trailer.

By the time he staggered out of the bathroom, wiping a sleeve across his mouth, his assistant Sonya was waiting for him, frowning in disapproval.

Hutch had a bit of a reputation, but her assumption was wrong. He had spent the night at home, hammering out pages of a novel that he knew in his gut would never be published. But writing it allowed him to step out of his skin for a while and stretch his creative muscles in a new and different way. A kind of self-administered therapy designed to keep his mind occupied.

That was the theory, at least. Truth was, he had no real writing talent, but just enough of an ego left to think he could pull it off. Whatever the case, he hadn't spent the night drinking, as his performance in the bathroom might suggest.

He hadn't had a drink in six months.

"You're kidding, right? You're in the middle of a shoot, Hutch. You can't just walk out."

"Tell them I'm sick. Tell them I have food poisoning."

Hutch held up his hands, cutting her off. "Look, I know the studio's paying you good money to make sure I'm on my best behavior. And when the shit hits the fan I'll be sure to tell them how hard you tried. But I'm out of here. Tony can shoot around me today."

He had half a mind to walk for good. He'd only taken this gig because both his agent and manager had insisted on it. An actor needs to act, they said. Stay in the public eye. And this could go a long way toward erasing all the negative publicity he'd gotten after the meltdown.

But he knew that the chances of making it to series were pretty much nil. The network was shooting eleven pilots this season and had only two slots to fill. He was up against Selleck, a teen zombie drama, and a reboot of an old, but very popular cop show set in Miami.

His money was on Selleck and the zombies.

Sonya said nothing for a moment, looking at him with her patented scowl. Then her expression shifted as if she suddenly realized that there was something more at work here than a simple alcohol-fueled puke fest.

"My past just reared up and bit me in the ass, is all."

He slumped to the sofa. "I just found out an old girlfriend of mine was murdered."

He looked up at her. "So, if you don't mind, I'd like to go home and grieve for a few hours before I start subjecting myself to Tony's torture."

Sonya studied him blankly, then stepped toward him, putting a hand on his shoulder. "You're serious, aren't you? You're telling me the truth."

He ignored her. He didn't want her sympathy. All he could think about was Jenny and those eyes looking up at him, and how badly he had ended things.

And now it was too late to make good.

He got to his feet. "Have Eddie pick me up at the main gate, will you?"

A moment later he was out the door.

H
UTCH HAD NEVER
been good at funerals.

The last one he had attended had been his parents' memorial service, two years after he left Chicago. They had died in a plane crash—a story that gained huge traction in the media—and his appearance there had created such a stir with the paparazzi that he vowed he would never attend another, no matter
who
might be lying in the casket.

This was back when the paparazzi were actually interested in him. Nowadays they looked at him as little more than a washed-up curiosity. A source of ridicule and scorn.

Not that he cared.

In the three days since he'd read about Jenny's death, he had been through the usual gamut of emotions—denial, anger, an almost unbearable sense of guilt and regret. He had printed out the photograph from the
Post
web page and carried it on the flight to Chicago, taking it from his shirt pocket every so often to look into Jenny's eyes.

Where were you, Ethan?

Why didn't you return my calls?

Would calling her have changed anything? Would she still be alive?

There was no way to know, but in his gut he felt as if he were somehow to blame for what had happened to her. A feeling that fed into his addictive tendencies with an unrelenting singularity of purpose.

But he hadn't taken a drink. Hadn't snorted any coke. Even when he desperately wanted to.

That was something, wasn't it?

Now, he stood in the loft of St. Angela's Cathedral in the heart of his home town, hiding those emotions behind the darkest pair of dark glasses he could find. He had no idea if anyone would recognize him—his celebrity wattage had dimmed considerably—but he saw no point in taking chances. The last thing he wanted was to turn Jenny's service into a circus. Better to keep his distance and pay his respects in private.

Love Inspired Suspense May 2015 - Box Set 1 of 2: Trail of Evidence\Gone Missing\Lethal Exposure by Lynette Eason
A Stranger in the Family by Robert Barnard
Call Girl Confidential by Rebecca Kade
The Matchmaker by Kay Hooper
Feedback by Cawdron, Peter
Peachy Keen by Kate Roth
Cara O'Shea's Return by Mackenzie Crowne
The Lion by D Camille
Rex Stout - Nero Wolfe 10 by Not Quite Dead Enough
Out to Protect by Amber Skyze