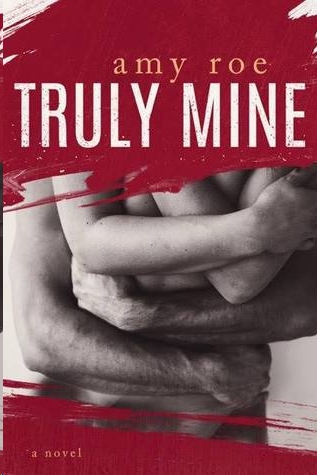 Copyright © 2015 by Amy Roe
All rights reserved.
Visit my website at
www.amyroe.com
Cover Designer: Sarah Hansen, Okay Creations,
www.okaycreations.com
Editor and Interior Designer: Jovana Shirley, Unforeseen Editing,
www.unforeseenediting.com
No part of this book may be reproduced or transmitted in any form or by any means, electronic or mechanical, including photocopying, recording, or by any information storage and retrieval system without the written permission of the author, except for the use of brief quotations in a book review.
This book is a work of fiction. Names, characters, places, and incidents either are products of the author’s imagination or are used fictitiously. Any resemblance to actual persons, living or dead, events, or locales is entirely coincidental.

(adj.) a sentimental longing for a time gone by

I
leaned my hip against the tailgate of my dirty old pickup truck and looked down at a woman I’d assumed I would never see again. It felt surreal really. Ten years had passed since I last saw her, and our twenties were nearly gone.

Her perfectly manicured fingertips grazed my hand as I took the bottle of strawberry wine we’d been passing back and forth. It was always her favorite, and even if I tried, I couldn’t count how many bottles she’d drained to the very last drop right in that spot. It seemed to have almost the same effect on her that night as it had when we were in high school. The only difference was that, ten years earlier, she would have been dancing in the bed of my truck instead of lying across it.

In that moment, she looked just like the Truly I remembered. She was wearing my hoodie and a pair of blue jeans that made me wish her hot ass were pressed against my raging hard-on. Her once nearly black hair was a warm bronze and looked just as beautiful while fanned across the tailgate. Big brown eyes still looked at me the same way, eager, and I liked that.

For an hour, she’d sang every country song playing on the radio, and in between, she’d asked me about what had happened to all the people we grew up with—if they still lived in town, if they were married, and if they’d had children. I thought we’d covered just about everyone—except for Truly.

She hadn’t shared any words about where she’d been or what she’d been doing all those years since she graduated high school and skipped town, and she hadn’t asked about what I’d been doing either. I wasn’t surprised though. That was exactly how we’d interacted in the past—no questions, no expectations. We only had fun.

“So, the city girl still likes country music?” I asked.

She quickly sat up, and we were face-to-face. Her features were soft and relaxed for the first time that day. It took all the willpower I had not to touch her. I wanted to trace her high cheekbones and kiss her sweet lips.

“Yes, Tyler, I still love country music. I love all types of music.”

That raspy voice and those fucking doe eyes had always done me in, and it was no different that night. Only, I knew I wouldn’t be ripping off her clothes like I had the last time I saw her. Years ago, I had done just that before she wrapped her skinny legs around me, and then we’d fucked like it might be the last time. We were so young and full of emotions, our hormones ruling our lives. Every time we had been together was like the first and last time we’d have the opportunity to touch one another.

Her pouty lips were inches from my face, but again, I refrained from burying my tongue deep in her teasing mouth. She breathed out a heavy sigh and looked over my entire face, examining me. I expected her to say something, to ask me a question. The wheels were most definitely turning, but she said nothing.

Finally, I arched my eyebrows, attempting to coax a thought from her, anything out of her. She’d never been a talker. She was always a doer. I kept forgetting that I didn’t know this woman. She might have the same name and resembled the younger version of Truly, but she looked a bit different, she talked different, and she smelled different, too. Before she left town, I wanted to know how different she felt.

A few moments passed, and there was enough tension in the air to suffocate us both.

I hung my head, frustrated in the worst way. Instantly, I noticed her tiny hands resting on her thighs, and all I could think about was replacing them with mine before spreading her legs and sliding my body between them—

Oh, fuck me! This is torture!

“Truly, tell me something about yourself,” I said in hopes of distracting my wayward thoughts.

“What do you want to know?” she asked.

Hoping she’d talk about herself, I asked her the only thing I wanted to know, “What have you been up to all these years?”

She tipped her head to the side as she smiled with what appeared to be an almost devilish look—a look that I dealt with all the time in my line of work—and I certainly knew how to deal with it. There was a hell of a lot more behind that smile, and I wanted to know just a little bit more about why she found the need to be so distant and mysterious.

“Well, Tyler, that’s a long story. What have you been up to?”

She only made me more curious, and I was willing to give a little to get a little—in more ways than one.

“Well, Truly, that’s a long story.” After mocking her, I decided to let her think she was in control. I was a pro at this game. “Ask me one thing, anything you want.”

I was still leaning my hip against my truck, one arm across Truly’s outstretched legs rested on the truck bed, and her face was just inches from mine. It was quiet, aside from the crickets and a few creatures that could be heard in the distance. She briefly looked up at the star-soaked sky and then back at me.

Her white-tipped fingernail slid over my naked left ring finger. “You’re not married. I mean, are you married? Have you been?” She stumbled over her words.

“That’s two questions…and an answer.” I watched her touch me, not taking my eyes off of her hand. That slight touch had me even more frustrated, and it was clearly evident in my voice.

“I’m sorry. Touchy subject?” She leaned in and pulled my gaze back to hers. “Let’s talk about something else.”

I gave my head a little shake to clear it. “I’m good. Not a touchy subject at all.” I breathed deeply and took another swig of the nearly empty bottle of wine. It tasted so much worse than I remembered. “I’m not married. I was married once. It was short-lived.”

She raised her eyebrows and nodded her head, accepting my answer.

“My turn.” I was not surprised when she became immediately guarded.

Her smile dropped, and she looked straight ahead. I slid my large hand over the top of her delicate small hand and traced the length of her ring finger, from her knuckle to her long fingernail. Her breathing became shallow. I wasn’t completely sure, but she might even be holding her breath.

“Are you married? Have you been?” I asked.

A few seconds passed before she turned toward me, looked me in the eyes, and whispered, “No.”

“Both…neither. No, I’m not married, and I’ve never been,” she explained, clearing up the confusion of her unclear answer.

She looked down at our hands where mine still rested on top of hers. She was also affected by that simple touch. I guessed one thing hadn’t changed. She was still more physical than verbal. I liked that. I liked it a lot. It gave me a sliver of hope that I could have her again.

“Let’s go back to my place, Truly.” The words tumbled from my mouth before I could stop them.

As I expected, she wasn’t having it. She shook her head.

She glanced up at me and slowly pulled her hand away. “I’m not the same girl I was. There’s nothing to catch up on. You wouldn’t even like me now.” She gazed up at the stars, and emotionally, she bowed out of the conversation.

I couldn’t help but laugh out loud at her comment. How absurd could she be? “I assure you that I really like you right now, Truly.”

If she let me, I would show her just how much. I would take her back to my house, and just like I had before she left town, I would devour every inch of her body—but not without letting her beg first. Because that was the way she liked it. Truly was all about working to get what she wanted, and I would gladly let her—as long as, in the end, I’d get a taste of her sweet pussy.

“Let’s get out of here.” With that, I lifted her off the truck and cradled her in my arms.

She squealed in my ear. I was laughing, too, but I could promise, there was nothing funny about what was happening to my body. If I didn’t get out of there right now, I was going to bust a nut like an inexperienced teenager.

I dropped her onto the passenger seat and closed the door. I walked to the back of the truck and realized the tables had turned. I was suddenly the one feeling inadequate. With a loud crash, the tailgate closed, and I dropped my forehead to the cold metal, resting it between my hands.

I didn’t like the feeling one single bit. It had been many years since I spent the evening with a beautiful woman and didn’t have the privilege of taking her to bed afterward. It was double the torture because Truly wasn’t just any woman. I knew her in a way that I didn’t know any other women.

As far back as the first time when we had been together, she blew my mind. She had no inhibitions. When it came to sex, for being such a shy girl, she was anything but. In high school, I’d thought she was just a freak in bed, but as I had grown older and looked back on my times with her, I’d realized that girl was much more experienced than she ever admitted, and she had been all about pleasing me.

She’d changed a lot since then. Just in the encounters that we’d had that day, I could see how smart and confident she was. It was clear that pleasing others was not at the top of Truly’s list. She appeared to be on a mission, and she was focused and fearless. I felt like there was absolutely nothing sexier than a confident woman.

Secret Life Of A Vampire by Sparks, Kerrelyn
The Sleep Room by F. R. Tallis
Song of the Navigator by Astrid Amara
When Goblins Rage (Book 3) by Lucas Thorn
The Lion of Midnight by J.D. Davies
Birmingham Blitz by Annie Murray
Secrets of a Scandalous Bride by Sophia Nash
Tale of Elske by Jan Vermeer
La historial del LSD by Albert Hofmann
Gray Back Alpha Bear by T. S. Joyce