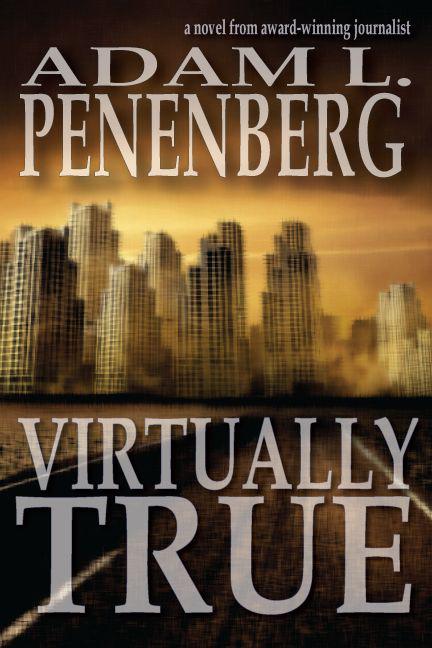 The True Story behind the Ford-Firestone Killing Machine

Published in the United States by Wayzgoose Press.

All rights reserved. No part of this publication may be reproduced, stored in or introduced into a retrieval system, or transmitted, in any form, or by any means (electronic, mechanical, photocopying, recording, or otherwise) without the prior written permission of the copyright owner.

This is a work of fiction. Names, characters, places, brands, media, and incidents are either the product of the author’s imagination or are used fictitiously.

It’s late, the hours leaning closer to dawn than midnight, the sky soaked gunmetal gray by desperate city lights. And it’s tomorrow, not yesterday, in Luzonia—a republic recently gouged out of a war-ravaged peninsula, a land weeping monsoon tears on the other side of Greenwich Mean.

Inside Bar 24-7, True Ailey sniffs the sweaty air, asking himself why he agreed to meet here. Like the surrounding city and country, it’s dysfunctional, dangerous, brimming with prostitutes with unripe berry eyes and naked except for bar codes tattooed on their wrists (a government regulation), hustlers, fortune hunters, drug dealers and addicts, alcoholics, soldiers on leave, guerrillas from Southeast Asia’s post-millennium ethnic cleansing wars; all of them scarred, True sees, with that distant look, like they’ve seen more than you.

Bar bravado in a score of languages flows over and around him, accompanied by plastic music. True’s first foray into Bar 24-7, a landmark that never closes—has never closed, even for a nanosecond—in 20 years. Dots, blobs, and dashes of light dance around the room, spelling patterns on the walls and ceiling.
Is there a message, a symbol in there?
He cuts through the crowd, not meeting stares of lust or challenge, catching glimpses of infrared corneal transplants, robotic arms that can slice and chop mere mortals like himself, plastic skin grafts melted over burn wounds, bulging stacks of artificial muscle uncamouflageable under camouflage.

He’s juiced, adrenaline coursing. Intuition is 60,000 times faster than thought but equally accurate; that and that alone will help him navigate this violence-infested sea. True moves quickly, arms pinioned to his sides, hands palm-side up:
No threat here, Jack,
in the universal language of the body. Like riding a cresting wave of pure information or shooting through clouds of 3-D data, numbers, digital images, sound that is not sound but waves, raw data factored by DNA computers.

But before these points are points they are trillions of dots squished together, each dot made up of trillions of other dots, veering off on tangents and funneled back into minuscule shapes that combine with other shapes to make the patterns that produce the dots that form these points that can be plotted so that one day True can interpret them.

At least, that’s how he looks at it.

There. Alone at a table. Staring at True with onyx-tinted eyes and hair, slick designer ringlets chiming by his ears. The affluence of the clothes contrasts with the texture of his skin, which is dry, and spotted as crushed moth wings.

Images slash through True. The memory of awaiting his own execution: the shivering steel of a gun barrel brushing his temple, the click of an empty chamber. Then another: the fear of dying when he wasn’t ready. Then a familiar voice. Reprieve.

He swings his leg over the back of an empty chair, sits.

He grabs True’s wrist, twists it in order to better view the screen. “My internal clock’s not in synch. It’s this damned urban lifestyle. In the jungle I tell time just by looking at the sun.”

True unearths the slightest traces of a Pakistani accent buried beneath many lands, many years of estrangement. “Aslam, you’re one multi-talented zealot.” Glances at Aslam’s wrist-top, notes its complexities. A brand-new model, twice the RAM of True’s, with built-in surveillance hardware, debugging software, weapons detector, DNA check, a cornucopia of video monitors and microphones. True’s seen the commercials. “What’s wrong with your wrist-top?”

Aslam hedges. “I don’t know how to set the clock.”

True smiles. A sitcom moment. “Well, it’s hard to stay up on the latest technology.”

Across the planet, from within the tiny nooks and crannies that pass for new republics to the monstrous regional trade alliances subjugating the world’s economy, the words
latest technology
are ever splattered in ad copy and mooed in jingles. But the words have become essentially meaningless, day-old technology as stale as yesterday’s aspirations or yesteryear’s inspirations.

“What’s with the new businessman look?” A suit with a roll of six buttons, equipped with UV shield. True fingers the lapel, shiny black and aqua-colored beads with super tensile strengths. “Bullet- and laser-proof?”

Unk-unks—
unknown unknowns
. True imagines Aslam taking part in some contentious board meetings. “I suppose it’d depend on the bomb.” True watches Aslam drain the dregs of his drink. A bloody Caesar, ostensibly. “I thought the Koran forbids alcohol.”

“Please. It’s been a rough day.” Aslam smiles and slaps True’s back. Walks his fingers down his spine. “You’re skinny as hell, although that didn’t stop every bar girl in this zone from giving you the once over.”

“Why’d you want to rendez here?”

“You’re not worried about being marked?”

“What for? Copping enemies of the state’s bad for business. Besides, I’ve left the insurgency.”

“I was wondering, since I never saw you in a suit before.”

Aslam stepping off a precipice. His face has been stung by the sun’s unfiltered rays, ravaged by countless bouts with melanoma. Reflected in Aslam’s eyes, True can almost see replays of battles—violent orange and black explosions cracking holes in the earth. War exacted a tremendous toll. True wonders if he’s the same man he left behind, years before, in Kathmandu, where his mind floated skyward in a hashish haze.

Aslam lights a
bidi
, slips the smoldering end into his mouth, a security from years of smoking in jungle cloak. Puffing oblong rings, “The world is changing, changing in ways you can’t imagine.” Taps his chest. “Look at me, True, how I’ve changed.”

Except for the suit, designer ‘do,’ and flowery cologne, he’s the same. True tells him so.

“Okay. I left because things were crashing. We were starving, our weapons were shit, we weren’t claiming any new ground—or converts—and couldn’t count on support.”

True knows this, that the economies of Arab nations crashed with the recent discovery of alternative energy sources, solar cells, cold fusion, and fuel concocted from corn, wheat, barley, household garbage. No oil exports, no income; no income, no weapons, no training, no insurgency. He lets silence pressure Aslam for an explanation.

“I was headhunted. Jacked into major legitimate business. Better than eating roots and shitting in the woods.”

It’s inconceivable to True that the man of a dozen insurgencies would now be shimmying up the corporate ladder. “You? Hired for
corp
work? As what? Head of guerilla marketing?”