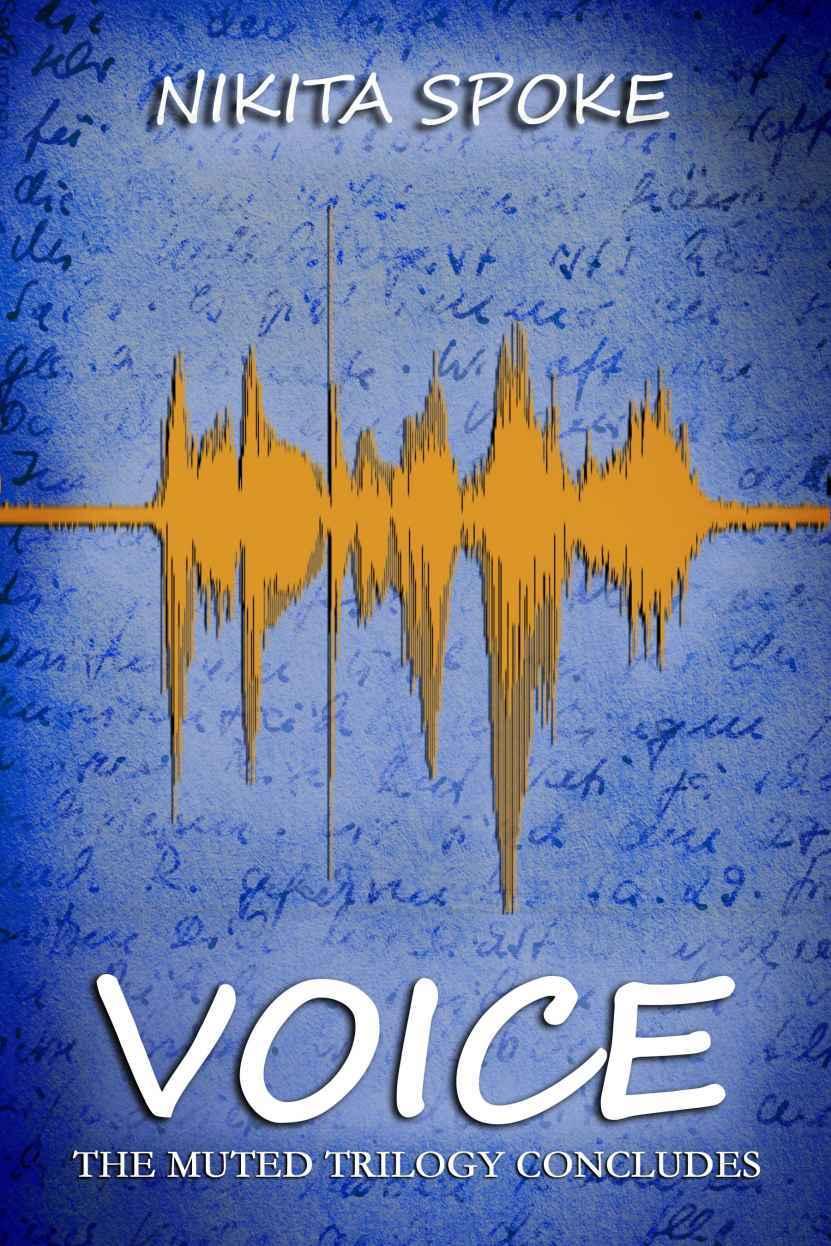 CHAPTER TWENTY-SEVEN: Not That

No part of this book may be reproduced or transmitted in any form or by any means, electronic or mechanical, including photocopying, recording, or by any information storage and retrieval system, without permission in writing from the author.

Dedicated to my family.

Jemma knew she had to be dreaming. Some stubborn corner of her mind informed her there was no way this was real, but she relaxed into her surroundings anyway, pushed away anything but acceptance of the scene in front of her.

She sat at her family’s dining room table. Jack was on one side of her, and her sister, Jill, was on the other. Her mother, Carolyn, sat across from her, next to Jemma’s dad, Matt. Jack’s father, Don, sat at the other end of the table, between Jack and Matt.

The table was full, covered in food Jemma knew Jack and her mom had made together. A contented hum and clatter filled the room, voices overlapping, silverware brushing against plates, laughter ringing out over friendly bickering.

Jemma smiled at Jack when he took her hand, lacing his fingers through hers. He grinned back at her, his brown eyes sparkling. Without looking, Jemma knew Jilly was rolling her eyes at them.

A plate fell from the table, hitting the floor with a resounding, metallic noise rather than the shatter Jemma expected. She felt a pressure at the front of her mind as that stubborn part of it spoke up again.

The image of Jack faded along with the happy sounds of her family, replaced instead by the view of the empty cell where Jemma was once again being held captive. Her cot creaked as she sat up, and she let her head fall forward as she rubbed the space above her eyebrows, and she walked herself back through her reality, separating it from the dream.

A few months ago, the whole world had lost its ability to speak in something called the Event, so the easy chatter at the dining room table in her dream would have been an impossibility.

In the aftermath of the Event, people had developed telepathy, but most could only talk telepathically, or Talk for short, to people they were close to, so some of the people in her dream would’ve been unable to communicate at all.

Some people, including herself and Jack, had advanced versions of telepathy because they were prone to it naturally, and they’d been kidnapped as a result.

They hadn’t actually been able to see their parents in about six weeks.

They were being held captive by the same people who’d secretly engineered the Event, the same people who knew that if they didn’t reverse it and return the world’s voices soon, people would start dying thanks to the effects of the nanocreatures in their brains. Jemma, who seemed better able than most to use telepathy, would likely be among the first to suffer that fate.

Jack, though, was several states away, nowhere near close enough to Talk to, not with the barrier in the lab preventing it, let alone close enough to hold hands with. Jemma sighed, looking toward the door.

The clang that had made its way into her dream was the flap that let her breakfast through, a tiny bowl of instant oatmeal. Josh, one of the resident evil scientists, had told her once that she burned more calories trying to use telepathy than she would running on a treadmill. And now she had a breakfast of champions, a breakfast half the size of what she ate for her nearly sedentary job in the library, and she knew that as soon as she finished—or before she finished, if she didn’t get moving—she’d be taken to the lab where she’d be forced to endure hours of telepathic testing.

Whose idea had this been again?

It had been hers.

The armed guard stood inside the door of the lab. Jemma took her seat next to Josh, whose tray was covered in medical equipment in addition to his tablet. He had his keypad in hand. There was no extra chair today, no indication anybody else would be joining them, and Jemma tried not to cringe; her headaches were always at their worst when she was working with Josh alone. She rubbed her arm as she looked out the large observation window, hoping Dr. Harris might make an appearance this morning.

She didn’t see anyone. She shifted her attention to Josh when he started typing, his words emitting from the speaker in his keypad.

“Yesterday, we were able to get most of your baseline tests back in order. I still can’t believe you disrupted everything like that by escaping, Jemma. I still don’t know what you and Jack are planning, either, with you coming back like this.”

He hooked her up to the machine that would tell him whether she was lying or not, once more letting his fingers linger at her neck a little longer than seemed necessary. She swallowed, forcing herself to stay still.

She could do this. She could cooperate with Josh, with Dr. Harris, with the guards. She could do whatever it took to help them develop the cure as quickly as possible.

“I’ve had the night to think,” he continued typing. “As I said, they’re going to allow me a bit more freedom, and I’ve had a few ideas about what to do with that. I suspect you might take issue with some of my plans, but maybe you should’ve thought of that before making a mess of things.” He turned away from her, running his finger along the instrument tray.

Her eyes flickered past the disinterested guard and over to the observation window once more. Where was Dr. Harris? The older man had never been particularly soft or caring, but he had, at times, seemed invested in Jemma’s well-being, occasionally even almost protective. She’d accept his more typical, no-nonsense manner in a heartbeat before she’d choose to work with Josh.

“You think Dr. Harris will help you?” Josh was staring at her again, his green eyes bright, excited by whatever he’d seen on his tray. He held his keypad in both hands, typing quickly. “He hasn’t accomplished anything. I’ve been present for all the results and all the improvements. Pairing you up with the others, with Jack, it was all my idea, and they tried to punish me for getting passionate about it. Sure, he’s still technically my supervisor, but we’ll see how long that lasts now that things have changed.”

I’m trying to help
, mouthed Jemma, miming writing when he didn’t react, but he just shook his head.

“You don’t need to be able to communicate unless I have questions for you. I’ll get there. Patience.” He smiled again, the reassuring smile that was anything but, and reached around his tablet, picking up a sharp object that made Jemma’s heart race and her mouth go dry. Coming back here alone had been a horrible decision.

He smirked at her reaction. “For now, though,” he typed, a little slower with his left hand, “I’m going to make sure you don’t get out of this facility again.” He held a needle, much thicker than the ones they used to take her blood. “This hasn’t been approved, technically.” Jemma glanced at the guard, who seemed unconcerned, looking at some point over her head. “I put in a request for it, and the guy above Dr. Harris said he’d consider it. I’ve had good luck with this sort of thing, though, just going ahead with my plan, figuring out any consequences later. It’s usually worth it.” He set the needle down again, typing more quickly as he explained, his lips pulling up to one side. “This doesn’t exist yet, officially, a GPS that’s smaller than an implantable RFID chip, but this is one of the perks of working with a group of brilliant scientists.” He winked at her and set down the keypad, picking up a sanitizing wipe.

Numbly, Jemma let him take her arm. He rubbed the wipe along the inside of her arm, about an inch above the crook of her elbow, the coolness of the alcohol almost painful as she recalled the size of the needle, as she thought about what it was he would be injecting.

GPS would mean she’d be unable to escape. She’d need to cooperate to the best of her ability and hope they’d release the cure themselves once it was ready. She’d be completely at their mercy, without even the hope of escape unless she found a way to deactivate or remove the implant.

Jemma swallowed as he crumpled the wipe, tossed it like a basketball into a nearby trash bin, and reached for the needle. He moved her arm into place, then hesitated before waving for the guard to join them. The guard met Jemma’s eyes briefly before looking away, holding her arm securely for Josh, who’d set the needle down yet again, seeming to delight in dragging the procedure out as long as possible. Jemma’s stomach churned.

“This should probably be done with a local anesthetic, but I don’t have one. Plus, since this doesn’t technically exist, there aren’t official procedures for it. Smaller needle than it looks like, too.”

Once more, he set down the keypad and picked up the needle, this time moving quickly, inserting it into Jemma’s arm in a fluid motion.

Jemma jerked and yelled silently, cursing her captor, threatening him telepathically, pointlessly, without the echo that would indicate he’d heard. The needle was only in place for a second, and the pain in her arm faded into a deep ache. Her mind joined in, pain a sharp protest of her unheard outburst. Jemma felt her stomach churn again, and the guard released her, taking a step back. She opened her eyes when the guard didn’t move further and saw him watching her, seeming to look for confirmation that she was okay. When Jemma nodded after she was sure she wasn’t going to be sick, the guard glanced at Josh, then returned to the door.

Focusing on her breathing, Jemma took a minute before she turned to look at Josh. He was studying the monitor, seeming pleased by the results of her silent scolding, a smile playing at his lips again. He picked up his keypad, and Jemma tried her best to ignore the throbbing in both her arm and her head.

“See? Results. They were upset with me, you know, when I first did it. When I first triggered the Event.”

The Devil You Know by Marie Castle
Your Mother Was a Neanderthal by Jon Scieszka
Broken Wings by Sandra Edwards
A Chink in the Armor by D. Robert Pease
Under African Skies by Charles Larson
The Wolves of St. Peter's by Gina Buonaguro
Breene, K F - Jessica Brodie Diaries 01 by Back in the Saddle (v5.0)
Promises (Blood Brothers #1) by B.J. Brandon
Harmony 03 After Glow by Jayne Castle
The Vampire and the Vixen by St. John, Debra