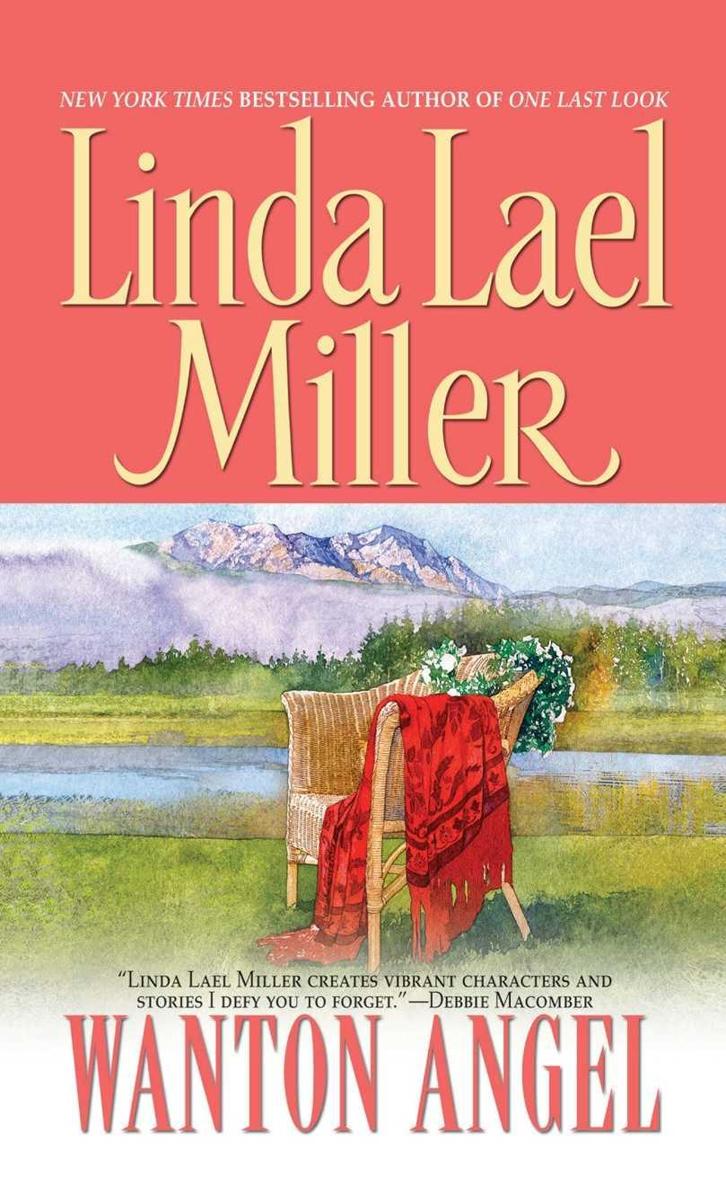 This book is a work of historical fiction. Names, characters, places and incidents relating to nonhistorical figures are products of the author’s imagination or are used fictitiously. Any resemblance to actual events or locales or persons, living or dead, is entirely coincidental.

For Irene Goodman, my agent and my friend.
Thank you for sharing this dream with me,
and for helping to make it come true.

Part One Angel In Disgrace

It is with joy that I give you one of the novels written earlier in my career. Some of you have read it, and will feel as though you’re meeting old friends; to others, it will offer a completely new reading experience.

Either way, this tale is a gift of my heart.

The characters in this and all of my books are the kind of people I truly admire, and try to emulate. They are smart, funny, brave, and persistent. The women are strong, and while they love their men, they have goals of their own, and they are independent, sometimes to a fault. More than anything else, these stories are about people meeting challenges and discovering the hidden qualities and resources within themselves.

We all have to do that.

Let us go forward, bravely, with our dearest ideals firmly in mind. They’re all we have—and all we need.

May you be blessed,

Lily and the Major

Emma and the Outlaw

Caroline and the Raider

The Women of Primrose

T
HE CHILD RAN
, scrambling, wild dark hair tumbling over a tear-streaked face, past one tar-paper shack after another, captive sobs burning in her throat. Reaching the farthest shanty, the one closest to the raging green river, she stumbled over the shoe-scuffed wooden crate that served as a stoop and hurled herself into the tiny, dimly lit room beyond.

The shanty had but one room, twelve feet square, and there was no window to let in the spring sunlight. Gran stood at the cookstove sandwiched in between a narrow bed and an even narrower cot, an iron-gray tendril escaping an otherwise severe hairstyle at the nape of her neck.

The steam whistle in the smelter works up on the hill rose over the thunderous din to tell the time: twelve noon and too soon by three hours for Bonnie Fitzpatrick to be back from school.

Gran was a gentle woman, but she brooked no nonsense and now her lips thinned. “What is it, child, that sends you runnin’ home before lessons is through, and lookin’ as though the Devil himself were right behind you?” The old
woman paused to cross herself with the quick deftness of the very devout.

Bonnie swallowed, suddenly ashamed. The Mackerson twins had triumphed, not by their torment, but by making her run away. Now she’d be in trouble right and proper, not only with her teacher, but with Gran and maybe Da, too, when he got home from his shift up at the smelter. And, on top of that, she’d have to go back and face those pampered hellions, the daughters of the smelter’s resident manager, with them knowing they’d bested her.

“Well?” Gran demanded, not unkindly but not charitably, either. With a sigh, she left her wooden spoon in the soup kettle and sat down on the edge of the rickety bed she and Bonnie shared, patting the worn quilt with one work-roughened hand.

Obediently Bonnie sat down beside her grandmother, full of remorse and anger. “The Mackerson twins called me a stupid Mick, Gran,” she confessed miserably. “They said I’m nothin’ and I’ll never live anyplace better than Patch Town.”

Bonnie had half expected punishment, for outbursts of the sort she’d just indulged in were rarely tolerated, but instead she felt her grandmother’s strong, thin arm encircle her shoulders. “You know you’re a daughter of Erin, Bonnie, and that’s something to be proud of, then, isn’t it?”

Bonnie had endured enough prejudice to shake that belief, if not rout it entirely. What good was being a daughter of Erin, if the one dress you had was so old that you couldn’t make out the pattern of the cloth anymore, or even the color? What good was it, if your shoes were pointy at the toes and too small for your feet in the bargain, so that you limped like a cripple?

“Bonnie Fitzpatrick, you’ll be answering me, and straight away, too,” Gran prompted.

“Maybe the Mackersons are right,” Bonnie reflected with a sigh.

There was a charged silence in the room, and Bonnie’s stomach leaped in alert just before Gran wrenched her around to face her, one hand raised to administer a sound slap.

But Gran’s hand fell back to her lap, and her bright blue eyes twinkled with a mischievous humor entirely out of keeping with the lot that had fallen to the proud Fitzpatrick family. “It seems, then, colleen, that I’ve never told you about the day of your birth,” she said, and her brogue, faded by time and hardship to just a hint of the Irish, was suddenly thick and rich again.

Bonnie’s smoky violet eyes widened in their dense, dark thicket of lashes and she pushed a tangle of mahogany hair from her face with a dirt-smudged hand. “Did something special happen that day?” she whispered, hoping against hope that something had.

Gran nodded importantly and lowered her voice to tell the secret. “Indeed it did, then. The Lord Himself was there at your birth, Bonnie. He took you into his strong, carpenter’s hands, He did, and you just a wee baby, of course, fresh from Heaven. He smiled and held you up for the Father Himself to see, and His beautiful face was all alight with the joy of you, it was.” Here Gran paused to cross herself again, and she closed her eyes for a moment, her thin lips moving in a prayer that Bonnie couldn’t hear. “‘Look, then, Father,’ He says, says He, ‘isn’t she a fine babe, a wondrous fine babe?’”

Bonnie could barely breathe. “Go on with you,” she whispered, her heart thudding against the inside of her chest with the splendor of such a vision.

“’Tis true,” Gran insisted, crossing herself once more and then rising swiftly to go back to the stove and the pot of stew bubbling there, its fragrance pushing back the stench of Patch Town just a bit. After a while she added, over one sharp-bladed shoulder, “You go on back to school, then, Bonnie Fitzpatrick, and don’t be disappointing the Lord, Himself thinkin’ you turned out just the way He wanted and all.”

Bonnie’s strong little legs trembled slightly as she stood up. She smoothed her dark tangled hair and squared her shoulders, peering at Gran’s rod-straight back in the half-darkness. “Is this one of your tales, Gran?”

“Seen Him there with me own two eyes,” Gran said firmly. “Off with you, then, and mind you don’t dally along
the way. I’ll not be overlookin’ any more foolishness and neither will the Lord.”

Bonnie’s heart got away from her then, racing ahead in sheer jubilance, and she turned on one rundown heel to chase after it, dashing past the shanties, past the outhouses stinking in the sun, past the piles of refuse and the curious stares of the neighbors.

From that day forward, Bonnie Fitzpatrick was changed. There was a deep and tender joy within her that could not be moved, for whenever she thought of the Lord holding her up in delight for the Father to see, it took the sting out of living in Patch Town and wearing the same ugly calico dress day after day. The Mackerson twins couldn’t hurt her and soon gave up trying, though Forbes Durrant, a boy who lived just two shanties from the Fitzpatricks, was more persistent. He laughed at Bonnie’s story and dubbed her “the Angel,” and the name stuck, first because Bonnie Fitzpatrick claimed the Lord Himself had been present at her birthing, later when she blossomed into a beauty the likes of which Northridge proper, let alone Patch Town, had never seen. Not for a moment was her fairness lost on Forbes, who teased her mercilessly but would have faced Goliath himself to protect her.

At seventeen, Bonnie caught the eye of Eli McKutchen, heir to the McKutchen Smelter Works at Northridge and an empire that reached from one coast to the other as well. A tall man, naturally forceful in his opinions and broad in the shoulders, Eli had glossy, wheat-gold hair that was forever in a fetching state of disarray, along with his grandfather’s amber eyes. As far as Bonnie was concerned, he was near perfect, and therein lay the seeds of future grief.