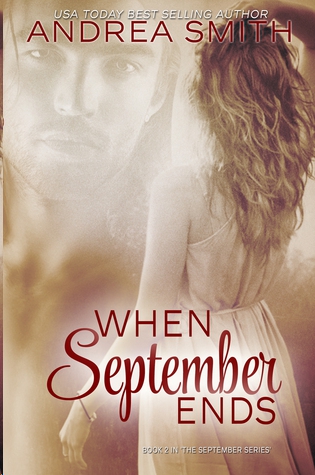 No part of this book may be reproduced or transmitted in any form or by any means, electronic or mechanical, including photocopying, recording, or by information storage and retrieval system without the written permission of the authors.

This book is a work of fiction. Any resemblance to actual persons, living or dead, events, or locations is purely coincidental. All rights reserved. Except as permitted, under the U.S. Copyright Act of 1976, no part of this publication may be reproduced, distributed, or transmitted in any form or by any means, or stored in a database or retrieval system, without the prior express, written consent of the authors.

Violation of copyright, by domestic or foreign entities, is punishable by law, which may include imprisonment, a fine, or both.

This book is intended for mature audiences only.

As always, special thanks go out to Catherine Wright, my PA and the rest of my loyal street team. Both Graysen and Andrea appreciate all that you do on a daily basis.

And to those who wonder about pen names and the use of them, trust me when I say that they are quite prevalent in the writing community for all sorts of reasons. I assure all of you, there was no clandestine reason behind my assuming this name for the purpose of writing New Adult Fiction. As always though, the perceived reality on Goodreads, almost always is stranger than fiction.

Wake Me Up When September Ends - Green Day

Leave The Night On - Sam Hunt

Return To Me - Joey Gian

Tell Her No - Juice Newton

Make You Miss Me - Sam Hunt

Because the Night - Patti Smith

Goodbye To You - Scandal

My ten-year-old daughter, Scout, is officially not speaking to me. She hasn’t said more than twenty words since our drive to the airport, the flight from Meridian, Mississippi to Fort Smith, Arkansas, and now in my truck on the way to our home.

She thinks I’m the ultimate butthead, even though she hasn’t officially labeled me that verbally…yet I know my daughter well enough to know she’s labeled me that in her mind.

“Scout,” I address her glancing over, “You’re gonna have to talk to me about this sooner or later, don’t you think?”

She’s gazing out the window at the late August cornfields not yet harvested. “No, Dad, we don’t ever have to talk about it, I guess.”

So, that’s how she is gonna be about this? She’ll simply keep it bottled up inside and promise not to dwell on it because if she ignores it, then eventually it all goes away. That’s faulty logic, and I’m a perfect example of why that won’t work.

She gets this trait from me.

It’s what I tried—and failed—to do over five years ago when her mother, my wife, Libby, deserted all of us.

How well has that worked out?

“Scout, you know as well as I do that Lib—Sarah is better off staying with your grandparents in her current…condition.”

She turns to look over at me, “I know all of that, Dad. But how will she ever remember us if she doesn’t come home? I mean, if she’s around us it might make her remember.”

In a ten-year-old mind, it’s as simple as that. People get injured—in Libby’s case, beaten and left for dead—and then they magically get better, and everything’s back to normal.

Except that isn’t reality.

It’s not even close.

I decide my daughter is old enough to understand, if I explain it to her. Isn’t that my job? I sigh, and choose my words carefully.

“Baby, I know you want that to happen. Hell, everyone in this situation would like that to happen but, according to her doctors, the odds are that it won’t. And the other thing,” I continue, coming to the difficult part, “is that even if it did it still wouldn’t change a thing. Your ma and I, well, we aren’t in love with one another anymore, do you understand? She left because she wasn’t in love with me anymore. I wasn’t what she wanted.”

She’s back to gazing out of the window of my truck. “But maybe now you
are
what she wants, Dad. I mean, she was all packed and ready to go with us, but you wouldn’t let her.”

She’s never going to let me forget that awkward moment at her grandparents, Ruth and Henry’s place, when Libby—now Sarah, came downstairs all packed and declaring she was ready to go home with us.

I thought back to that horrible moment when all eyes turned to look at me, waiting for me to embrace the idea and allow it to happen, for me to say, “Sure Sarah, after all, we’re still married. Let’s just pick up where we left off before you left us as ‘Libby’ that day back in 2006. I can forgive you for taking off while I was at work, leaving your thirteen-year-old daughter, September, behind to take care of our four-year-old daughter. Telling September to give me the news.”

My September who, by the way, appears to be giving me the silent treatment worse than what Scout is at the moment. But can I really blame her?

I plan on rectifying that as soon as we get home. I’ve kept September dangling like someone I’m not sure of when, in fact, I am sure of her, and I’m sure of the love that I have for her. Why haven’t I made that more apparent? Why have I been so fucking standoffish with making my love and commitment to her public knowledge?

She’s not my daughter. She’s going on nineteen and there’s no law that’s been broken. We fucking fell in love with one another. But I’m the one that’s delayed taking the next step in our relationship. I’m the one that hasn’t let Scout know about the change in my relationship with her half-sister. It’s all on me. I’ve made it seem seedy and trashy, and I mentally have been kicking my ass about that all week.

“Oh, sorry honey. I got distracted. What was the question?”

“Hey, listen. I’m sure Sarah settled down as soon as we were out of the driveway. Is that what’s worrying you?”

She shrugs her shoulders. “She was crying, and I felt sorry for her, I guess.”

“Well honey, I tried as best as I could to be nice about it, didn’t I? There’s no reason you can’t give her a call as soon as we get home, how’s that?”

She nods, but remains silent.

The fuck? After all eyes had turned to me this morning as we prepared to leave, I took it to mean that I was officially assigned the job of being resident asshole of the moment.

“Sarah,” I had said, trying to keep my tone soothing, “You need to stay here with your parents. Henry and Ruth are going to be taking care of you just like they have been over the past several days. This is your home now—with them, not with us.”

“I don’t understand,” she had whispered, her eyes tearing up. “I thought you said he was my husband, Mama? And Scout—she’s my daughter, isn’t she? That’s what you told me.” Her voice had gotten louder, her tone accusatory.

Ruth had quickly gone to her side, trying to console her and explain that she needed to get better first. She had steered Libby back up the stairs, the sounds of her crying had floated down to where the rest of us stood in silence.

Why the fuck they continued to lie to her was beyond my comprehension.

“Just go,” Henry had said, waving his hand at me dismissively. “We’ll take care of her since you won’t.”

“Now wait just one fuckin’ minute,” I had snapped, but once I glimpsed the look on Scout’s face, I knew this wasn’t the time or the place to get into it with Henry. I had already made number one on his shit list when he’d figured out that September and I were involved.

“Come on Scout,” I had ordered, taking her suitcase. “Let’s go.”

And that was the start of the silent treatment I’d been getting from my daughter ever since.

“Scout, once we get home, I think it’s time we all have a family discussion.”

“What do you mean?” she asks, quirking her brow.

“I mean that you, me and September need to have a talk about this whole situation. There are some things that need to be said, and I think you’re old enough to hear them, okay?”

“Is it about Sarah?” she asks.

“Well, partly I guess. It’s mostly about the three of us though.”

“Okay,” she replies, “I want to tell September about Mama anyway. About how nice she treated me and how soft she talks and all.”

“I think that will be nice,” I lie, wondering how that bit of information will go over with September.

But the truth is, September needs to face the fact that her ma is back, and not the same as when she last saw her. I need to make sure that September realizes that none of this changes my love for her or our plans for a future together.

I am committed to not spending one more night without her in my bed, taking her rightful place beside me, and that can only happen by explaining to Scout that we are in love, and that it is a beautiful thing.

Nothing to be ashamed of; nothing to hide.

I breathe a sigh of relief as we pull into the driveway. I’m so fucking glad to be home. I feel as if a giant weight has been lifted with the realization that soon everything will be out in the open and nothing can come between what September and I have together.

Rise of Hope by Hart, Kaily
Mary and Lou and Rhoda and Ted: A History of the Mary Tyler Moore Show by Jennifer Keishin Armstrong
Silenced by Allison Brennan
The Tale of Jemima Puddle-Duck by Beatrix Potter
All Night Woman: A Contemporary Romance by Zanders, Abbie
Beautiful Force by Quinn, Ella
Half in Love [Willie Krenshaw] (Siren Publishing Classic) by Lea Barrymire
Loyal Heart (The Von Wolfenberg Dynasty #1) by Anna Markland
Sanctuary by Ted Dekker
Hole in My Life by Jack Gantos