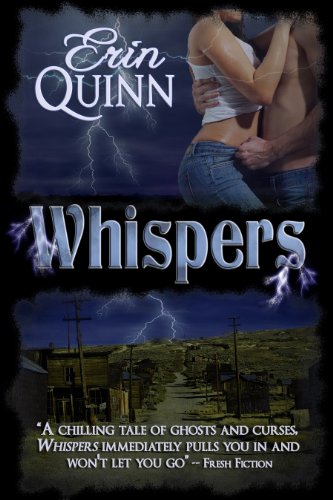 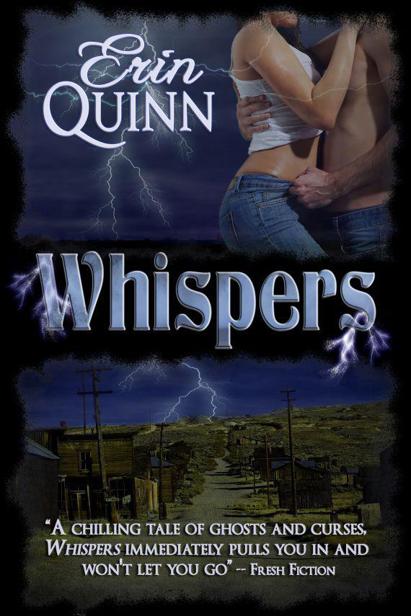 For Lynn, who rode into town and said,

“
First we drink, then we fix the problem.”

You saved more than just the day.

And to Hailey and Taylor who

gave up their mother for many long weeks.

I love you both.

Susan McCarty (formerly of Berkley and who I will greatly miss), for her support, editing, and exceptional insights which helped make this story complete. Thanks to my husband, for everything. To Lynn Coulter, for every single step of the way; to Judi Barker and Rebecca Goude, for speed reading a first draft; to Charles and Betty Grady, Debbie Kapfer, Margarita Vianco, and Val Swanson, for stepping in and taking my kids so I could have time to write. And thanks to my family, friends, and readers who continue to support me. I will be forever grateful.

BRENDAN thought lying to Analise’s mother would be the trickiest part, but that had been a piece of cake. Analise told her she was spending the night at a friend’s and she was such a good kid, her mom never even questioned it. No, the biggest challenge had been keeping it a secret all the way there. He’d never considered how hard that would be. But that was the way he was. He never saw the big picture, never realized he wasn’t seeing it, until it was too late.

He’d been obsessed with the town they were headed to for weeks now. Maybe it was the
way
he’d found Diablo Springs that had him so intrigued.

He’d been hauling a load of sod to Phoenix, taking the same damn road he always did, when he’d seen the sign,
Diablo springs, next exit.
Thing was, he’d driven that stretch of highway a dozen, maybe two dozen times, and never seen the sign before. It was like this time it was meant to be. Stupid, but there it was.

He’d spent the whole next day on the Internet, researching. He learned that once the town had been Apache land, but when silver was discovered in the Tombstone Mountains the Indians had been driven off. After that it had become a hive for outlaws and home to infamous prostitutes. As he’d read the history he’d found himself wishing he’d been alive in those days, picturing himself with a pistol strapped to his leg and a rifle to his saddle.

There’d been a natural hot springs there that the Apaches had used for sacred ceremonies. It was a sure bet the miners and bandits hadn’t used it for the same. Despite its reputation as the kind of place to get either screwed or killed in, Diablo Springs had become a tourist town at the turn of the century. Unbelievable. Rich socialites had played cards shoulder to shoulder with the rough and ready crowds of desperados. They went through sheriffs as fast as they did bullets.

And then, for no apparent reason, the springs just dried up. The town did too. Brendan searched for hours, trying to find out just why. But no explanation was offered.

Bringing Analise here, just the two of them, was one of his crazier ideas. He had this image in his head of how happy she’d be when he told her he’d found the town where her mother grew up. For some reason, it had been this deep, dark mystery in Analise’s house. Where they came from, who her dad was, why there were no family pictures on the bookshelf in the front room.... And the more her mother refused to tell her, the more Analise became determined to know.

Well, now she would, because Brendan had found it. Tomorrow they would have to “face the music” as his old man liked to say. They’d have to tell her mother that Analise was pregnant. But tonight, they’d be sleeping under the stars in the back of his pickup, and life would be good.

She smiled, but he could see she was confused, wondering where
there
was.

Overhead thunder rumbled and the sky churned— masking the last glimmer of day. Lightning spidered across the surface and threatening clouds rode low, rasping against the parched and cracked desert floor, charging the air with electricity. He drove straight through the tiny town, wanting to see the old hot springs before it was fully dark. Beside him, Analise peered out the window, a frown pulling her brows together.

For an answer, he reached over and lifted her arm. A charm bracelet hung from her wrist. Her mother had given it to her a couple of weeks ago for her sixteenth birthday. The bracelet was old, and it had been the unique assortment of dangly trinkets that had fueled Analise wondering about where she came from.

“
This is Diablo Springs, honey,” he said.

If anything, her frown deepened. He’d been so excited to bring her here—he’d even called it a late birthday surprise. But now, seeing it through her eyes, it didn’t seem so special, such a great idea. The big picture, once again, eluded him. In the long shadows and the gathering storm, the entire place looked eerily forsaken.

“
Diablo Springs,” she said. “Are you kidding?”

“
No. I found it the last time I went into Phoenix. I know you’ve been curious about it.”

“
Curious, yeah, but...I thought we were going someplace, you know, like a hotel.”

LESS than a quarter mile of open scrub and cactus stretched between the road and the place where the old springs once flowed. A bridge and walkway had once made a path to the hot pools, and guests of the Diablo Springs Hotel had made the short journey by foot. In the pictures he’d seen, decking had been built up around the springs where bathers could sit and dangle their feet into the water. Now it was all overrun, devoured by the hot sun and burning grit of the desert. Only the bridge remained intact. As he pulled closer, he could see what was left in ruins around a black sinkhole. The railings were splintered and busted and stuck up from the remnants like broken bones.

Following the road to the huge indentation in the ground, he watched the horizon devour the last glow of sunlight. In the fresh dusk, he stopped, hopped out of the truck, and went around to help Analise down. She was so small and fine boned—he couldn’t touch her without wanting to protect her. And now, with the baby coming, he had that much more to worry about.

The air was thick and close, hinting at the heat that morning would bring. The low scrub crept right up to the sides of the dirt road, looking like it might try to take it over very soon. Beyond, a wild assortment of spiky and thorny desert plants sprawled out over the abandoned grounds, some blooming with wild pinks and corals. Not a blade of grass was in sight.

The land was tough, barbed, dead inside. Abandoned and hard to love. He felt an instant connection to the place.

“
So I looked it up on the Internet,” he said. “This used to be like some Wild West town, not as big or famous as Tombstone, but pretty bad. Outlaws and gunslingers. No one major got shot down, to make it, you know, legendary. But people came here because of the hot springs. Used to be right here.”

He pointed to the black ravine ahead. It had shocked him the first time he’d seen the pictures of it. It looked as if a giant lightning bolt had plunged sideways into the flat earth, leaving a hole straight to hell. Dry now, like the crackling air. Hard to imagine it had ever held healing waters.

Analise looked at the dirt fissure, unimpressed by its history. She turned away from it and stared out at the silhouetted town. A few lights twinkled in windows as night worked its way into homes. Her expression, her reaction to his surprise, wasn’t at all what he’d imagined.

He reached in the back seat and pulled out a blanket, which he spread over an unlikely patch of even ground. As he smoothed it down he discovered a miniscule sprouting of what looked like grass. Grass, even here. Feeling somehow betrayed by it, he twisted it until its grasping roots snapped and then hurled it into the gaping hole.

“
Sit down, honey. I brought us a little picnic.”

Analise gave the blanket a nervous look. She held herself stiff as a doll, seemingly undecided about which way to face. The town and the ravine were like warring poles and she the metal pin in between. Brendan frowned.

God, he was such an idiot to have brought her here. It was nothing but dirt. Just like him.

“
Go where?” he said bitterly. “Maybe to the Ritz? You think I got that kind of money?”

Analise looked instantly contrite, which only made him feel like a bigger shit.

“
Brendan, I’m sorry. This was a great surprise. I do want to see it all, but it’s getting really dark.”

In fact, as she spoke, pointing out the clustering darkness, he realized he did feel it. The entire place seemed strangely ... disturbed. The air held a tension, a feeling of violation, a sense of hostility. Brendan shook his head. Freaking himself out like a kid in a haunted house, that’s what he was doing.

“
You afraid of the dark now, honey?”

Her smile was small and forced.

He got up and went to the truck where he rummaged for his flashlight, hoping its batteries were still good. He turned it on and a pale, buttery beam chased back the shadows. It waned after the initial burst, but held.

Analise nodded without much conviction. “I guess.”

“
Apparently, this used to be built up,” he said, hoping to distract her with some facts about the place. “You can still see some of the decking,” he went on, aiming the pathetic beam of the flashlight at the ruins. “And right over there, see that big house? That used to be the saloon and whorehouse. So what I read was there’s a myth that the whole place is cursed and one day it just dried up.”

“
The hot springs,” he said, irritated.

“
It’s creepy,” Analise said, looking fearfully at the dimming glow of the flashlight.

It didn’t matter that she was right, it made him mad. “Do you know what I went through to get here?”

On Secret Service by John Jakes
Wicked Rage of the Moon: Book Three of the Airendell Chronicles by Audra Hart
Unveiling The Sky by Jeannine Allison
Fire and Ice by J. A. Jance
The Wolf Road by Beth Lewis
Eden by Jamie McGuire
Tie My Bones to Her Back by Robert F. Jones
The Promise of Snow by Elizah J. Davis
To Right a Wrong by Abby Wood
Signs and Wonders by Bernard Evslin