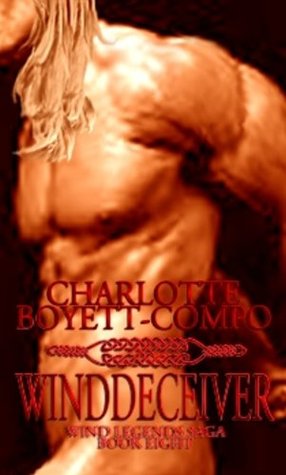 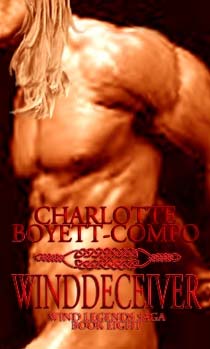 BOOK EIGHT OF THE WINDLEGENDS SAGA
By

This is a work of fiction. All characters, events, and places are of the author’s imagination and not to be confused with fact. Any resemblance to living persons or events is merely coincidence.

By the time the first rays of morning spread out of the desert, Guil, Jaleel, and Rasheed had lost all trace of their quarry. Unable to track him all that well during the dark hours, they could now no longer find even a hoof print to tell them which way he had gone.

“The wind’s covered his tracks,” Rasheed told the other men as he stood up from inspecting the sands. “We’ll never find him.”

“What do you suggest we do, Jaleel?” Guil asked, arming the sweat from his brow.

They had been searching uselessly for over an hour with nothing to show for it but thirst and sweat.

Jaleel Jaborn scowled at the sweeping vista of limitless sand before them. So close, he thought. So close he had been to his enemy, to having the man in his grasp, to making him pay for Cyle’s death.

“We have just enough water to get back to the Nilus,” Guil reminded his friend. “If we go after him, it will be suicide.” He looked up at the blazing sun. “For myself, I have no desire to die for Conar McGregor.” He lowered his gaze to Jaleel. “He’s not worth it.”

Jaborn seemed to pull himself away from whatever dark obsession controlled his mind. His shoulders sagged, then lifted, squared.

“Then let the desert have him,” Jaleel spat. He kicked at his horse’s flanks, driving the tired beast forward with a powerful lunge. “My desert will give him a more horrible death than the one I had planned for him anyway!”

Guil watched his friend gallop off, back in the direction of the river. But he knew they would not be returning there. McGregor was long gone. He looked out at the bleak hot landscape.

“He won’t last long out there,” Rasheed said. “He has no water.”

Guil turned his horse’s head. “Then I wish him a gruesome death!”

The horse had stumbled, going down with a whinny of apology. It had shuddered once, trying to lift its head, trying to see its rider who had been thrown free, then had lain still, the great, valiant heart inside its body quiet.

Lying a few feet away, Conar McGregor was just as still as his mount. Only the slow rise and fall of his chest gave any indication that he was alive. Beneath his head, the desert sand was seeping up blood from the wound to his temple where a half-hidden rock had connected hard.

Overhead, a lone buzzard lazily circled, keeping a keen watch on the still forms far below.

By the time it started its descent, was joined by others of its species, the noon sun was high overhead, the relentless rays beating down with mercilessness that turned the shifting sands hotter still.

The first buzzard landed on the horse’s bloated side, pecked inquisitively at the shaft of wood buried in the sleek black coat. The quarrel did not move in the corpse and the taste had not proved enticing to the bird. It ducked its ugly black neck and drove its sharp beak into the horse’s body.

Another bird hopped to the smaller form, partially covered by the blowing sands of the early morning, and pecked at the bare foot poking out. A groan and a flinch made the bird flap away, peering back at the human source of food with annoyance.

Conar groaned again, his lids fluttered, then opened slowly. He had trouble focusing for his vision was blurred, his head throbbing like the inside of a bass drum. He tried to lift his head and couldn’t, nausea leaping immediately to his notice.

“Damn,” he whispered, feeling something wet beneath his temple and cheek. He shifted in the sand, most of it falling away from his back and rump, and brought his right hand up slowly to poke at the pain in his head. He felt a stickiness on his fingertips and knew he must be bleeding.

Gently, with a great deal of grunting and groaning, he managed to push his upper body off the sand, shook his hair free of the cascading intrusion. He had to squeeze his eyes shut to still the godawful pounding behind his right eye that movement brought, but when he opened them again, his vision had cleared somewhat. He put his hand up to his temple and then looked at it. His fingertips were covered with blood.

“Shit,” he breathed, pushing himself further up off the sand.

The first thing he noticed as he looked in front of him was the vast sweep of limitless sand.

He frowned. Shifting his gaze to either side of him with a great deal of effort, he found the same infinite span of nothingness.

“Where the hell am I?” he asked, gathering enough strength to flip himself over to look behind him. What he saw made his face turned pale.

There was nothing there but boundless sand, wavering heat, the bloated, stinking corpse of a horse and five of the ugliest birds he’s ever seen.

Bits and pieces of what had happened to him over the last three days came back to him as he came unsteadily to his feet: being stabbed (he pulled up his shirt and felt the bandage to make sure the thing was real); being thrown overboard (he felt the back of his head and found the lump still there); being shackled hand and foot and sold; his escape; the blond warrior who had saved his life.

“Chase?” he whispered. His brows drew together in a deep scowl. “No, it couldn’t have been.”

A buzzard hopped toward him, its beady gaze intent.

He reached down and picked up the stone that had nearly caved in his head and threw it at the offending bird, setting the squawking, flapping thing into motion. His actions brought fresh nausea and pain, but at least the scavengers were keeping their distance, eying him as though he were the dessert after the main course.

“Sweet Alel,” he said, looking around him.

He had no idea where he was; where he should go; how he was to survive out there in the sand.

“You did it once before when you escaped your captors. In the Labyrinth,” that intruding, aggravating inner voice reminded him.

“Shut up,” he snapped, hating that voice more than ever. Glancing up at the hot, brilliant sun directly overhead, he shook his head. “What now, asshole?” he asked himself.

The sweep of the sand seemed infinite to him. In all directions, unbroken by any kind of growth, the broad expanse of the dazzling landscape served only to overwhelm him. He stood there, his shoulders slumped, wondering which way he should go. There were no landmarks that indicated direction. No tracks around him.

“Wind,” he thought, “the wind has obscured the hoof prints.”

He turned to his left, to his right, looked behind him and sighed. There was only one thing to do.

He put one foot ahead of the other and stumbled away from the dead horse.

“Sajin?” Peter asked as he rapped once more on the Kensetti Prince’s door. “Are you in there?”

Sajin opened the door and the smile died on his lips. “What’s wrong?”

“There is someone I think you need to speak with,” the younger man answered. “Can you meet me in the stables in half an hour?”

Sajin nodded. “Have you heard something about Conar?”

Peter shook his head. “No, but this pertains to him. Thirty minutes?”

Sajin agreed and shut the door, hurrying to finish dressing. He wondered what was so important that the heir to the Outer Kingdom throne would come to his room so early.

Thirty minutes later Sajin entered the stable to find Peter, Mikel, Yuri and an Inner Kingdom man standing together outside one of the stalls.

“Prince Sajin,” Peter said, introducing him to the unknown man, “this is Azalon. He is one of the traders we allow to cross into our country from the Inner Kingdom. He has something to say I think you might want to hear.”

Sajin inclined his head to the man who gave him the time-honored form of greeting and obeisance. “From where do you come, Azalon?”

“I came to see if the Serenian Prince’s man had found him,” Azalon agreed.

“I believe his name was Storm Jale, Highness,” Azalon answered. “The captain of the ship on which he arrived is a cousin of mine. He sent word the Serenian was looking for a guide to take him to the Outer Kingdom.” He smiled ruefully. “I went to the young man to offer my services and he accepted, providing he could not find an earlier expedition into St. Steffensburg.”

“Azalon told the man his would be the only caravan leaving Asaraba,” Peter said.

“He seemed very much in a hurry to reach here,” the Inner Kingdom trader put in. “I gave him the address of an inn at which to stay, it is owned by another cousin of mine.” A sharp, angry look came over the man’s dark face. “A mistake I shall not make again.”

“What do you mean?” Yuri asked, speaking for the first time.

Azalon looked embarrassed. “It seems I have reason to question my cousin’s honesty,” he answered. “When I went to the inn on the morning my caravan was to leave, my cousin tells me the Serenian has already departed for the Outer Kingdom.” His frown deepened. “I should have paid heed to the warning inside my brain at those words, but I was in a hurry to reach St.

Steffensburg before the Khamsin set in.”

Sajin felt a prickle of unease beginning to form. “And when you got here, there was no trace of the Serenian.”

Azalon shook his head. “I asked around, expecting to perhaps see the man again and have a meal with him.” He looked into Sajin’s eyes. “The man is Kensetti, Highness, but he lives in Serenia, now.”

The prickle of unease turned to a stab of fear. “Do you think something happened to him in Asaraba?”

“He was probably sold to a slaver,” Yuri ground out. He stared hard at Sajin. “I know Storm Jale, Your Grace. This is not a man given to wondering off. If he did not reach St.

Steffensburg, something, or someone, prevented him from doing so. He is devoted to Conar McGregor.”

“This cousin of yours,” Sajin snapped, “where can he be found?”

“You are going to speak with him, Highness?” Azalon asked.

“Yes,” came the snarled reply. “And more than that if his answers do not suit me!”

“I will go with you,” Yuri pronounced. “There may be more to this than we expect.”

With a start, Sajin turned to look at the man. “You don’t think Conar could be alive, do you?”

“And in the hands of a slaver?” Mikel asked, shocked.

“Anything is possible where Conar McGregor is concerned,” Yuri stated. “If someone did try to kill him, they would have had to use his own weapon to do so else the wound would not have been fatal.”