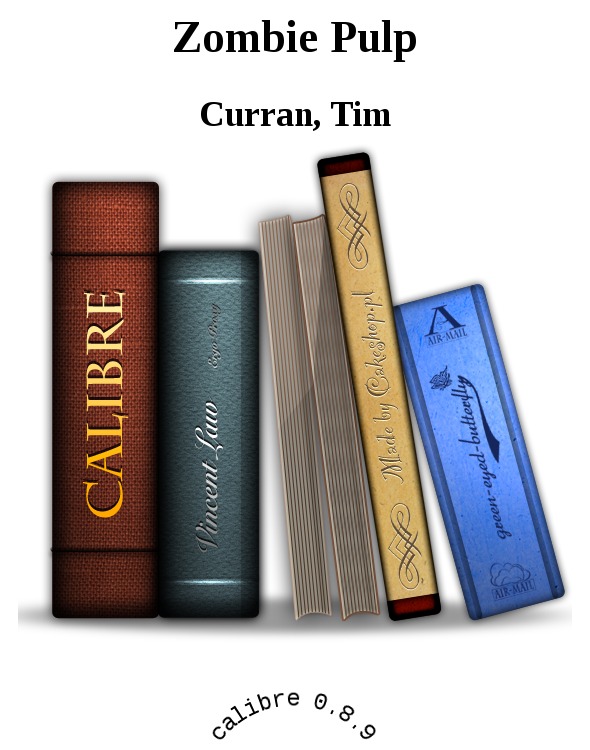 “
Bring me the Zombies!”

THEY WALK BY NIGHT

Doc told us to kill the electric lights because he didn’t want us running the generators anymore than necessary, so we were sitting around in the shelter by candlelight, drinking and playing cards, listening to the wind howling out in the blackness. That’s when Earl and Sonny came in. They’d been out sweeping the perimeter and they’d found something that turned their faces the color of old cheese, made their eyes swim in their sockets.

For a second there, I didn’t know what the hell he was talking about or maybe I was just pretending that I didn’t. Earl had a sheet of paper in his hand. It had been tacked up to the back door of the shelter like a political flyer. In a scraggly, almost childish scrawl was written:

IF YOU DO NOT WE WILL COME FOR ALL

WE WILL SKIN YOUR CHILDREN AND WEAR THEIR ENTRAILS

“What the hell is that? A joke?” Shipman asked.

The rest of us looked at each other, our eyes hooded and blank. It was no joke and we knew it. What would come to pass now would be dark and ugly.

“Dragna,” Sonny said, but would say no more.

Shipman just didn’t get it. He was one of the newbies, came in that beat-up shitheap Jesus bus out of Scranton with his ragtag bunch of survivors the week before. He seemed like an all right guy. Lonely. Scared. Just like the rest of us. Just glad to have made contact with other human beings. But Murph, of course, started feeding the poor bastard from his private stash of Jim Beam. Some people can handle the sauce and some can’t. The more Shipman drank, the louder he got. He went from this mild-mannered wallflower in a bad suit to a two-fisted drinker looking for a good fight. He started telling dirty jokes, claiming that him and liquor were old friends. Said he didn’t have a drinking problem—he drank, he got drunk, he threw up on himself. No problem. Murph thought that was funny. So funny he decided Shipman was all right, his kind of people. He even stopped calling him “Shitman” and referred to him by the infinitely more chummy “Shippy.”

And now this. Now this.

“
This ain’t funny,” Shipman said. “Which one of you fuckheads think this is funny?”

“
Fuck you,” he said, just plain as day. A couple hours before the guy had to work up the nerve to ask where the can was and now he was ready to punch my head off my shoulders. His eyes were bulging, pupils glassy and black like those a mad dog. He had bared his teeth and there was a foam of white saliva on his lower lip. “You better just shut the hell up, friend, and tell me what the fuck this is about.”

“
The thirteenth is the day after tomorrow,” Maria said, her huge dark eyes mirroring the vast abyss where her soul had once been.

Maria and Shacks looked at me and I looked at Sonny. “You better get Doc,” I said.

Sonny took off down the corridor like he was simply glad to get away. I suppose he was. But Shipman was far from being pacified, Jimmy or no Jimmy. “Who the hell is this Dragna?” he demanded.

In the air, the tension held. Heavy. Electric.

Shipman kept looking at us in turn, wanting answers but our throats were so dry we could have spit sand. Even Murph wasn’t saying anything. No off-color jokes or pessimistic remarks. No wild, gamy tales about waking up in a cellar in Wichita with a half-dozen flyblown Girl Scouts dry humping him.

Murph lit a cigarette with a shaking hand. “Every now and again Wormboys demand fresh stuff. We give it to ‘em, they leave us alone. That’s all there is to it.”

Shipman was shaking his head from side to side. “But they eat people, they goddamn well eat people.”

Murph blew out a cloud of smoke and smiled at him with yellow teeth. “That’s right. We offer up six of ‘em. Now it’s just a matter of deciding who stays and who goes.”

Shipman looked horrified. The way, I suppose, we all looked when we first learned about Doc’s rules of survival and what we had to pay Dragna and his army of the living dead so they’d leave us alone.

I shivered, thinking about the Wormboys out there trolling for meat.

My guts were knotting themselves into figure eights. Just the idea of what would come next made my blood run cold and the sap of my soul run lukewarm and rancid.
Lottery.
The idea of sacrificing our own to those things out there made me feel less than human, something that should’ve crawled through the slime on its belly.

We were all so wrapped up in ourselves and the possibility of “winning” the lottery, that we weren’t paying attention to Shipman. I should have seen it coming. I was in the Army once…I’d seen guys crack plenty of times towards the end. But I, like the others, had been too busy feeling sorry for myself. So nobody noticed that the blood had ran out of Shipman, left him white as ivory, that the muscles of his face were constricted and corded like a man who was on the verge of a massive coronary. And nobody noticed that mad-dog gleam or how he was pumping his fists until they were red as juicy tomatoes.

“Lottery,” he said under his breath. “Lottery, my ass.”

And for a guy that was pissed-up and sassy and soft in the middle, he moved damned fast. He jumped up, knee catching the table and spilling drinks and cards and overturning the ashtray. Shacks made a grab for him. So did Maria. I hooked his arm and got a fist to the jaw for my trouble. Murph just started laughing. Earl didn’t even flinch. Shipman bolted from the room, jogged down the corridor and threw the locks on the main door and out he went.

And whatever waited out there.

I went after him. God knows why I did it. I pulled my ass off the floor where he had knocked me, found my feet and sprinted after him without so much as a jack knife in my pocket to defend myself with. As I made the door, I heard Murph laughing out loud. “Two for dinner,” he said.

The parking lot was hung with shadows, they flowed and flapped like sheets on a line. The wind was blowing, hot and moist, the stillborn breath of August dog-days. It smelled like it had blown up out of a drainage ditch filled with green, rotting things. I looked this way, then that. Then I caught sight of Shipman. He was making for the Jesus bus he’d stolen from a Baptist school in Scranton. Silly bastard. Drunk, confused, still bitching and moaning under his breath about the lottery. I was younger than him, in better shape. I knew that if I turned on the juice, I could catch him before he made the bus.

That’s when the lights came on.

I was about twenty feet from him and somebody, probably Maria or Earl, threw the breakers and flooded the lot with light. It was like being simultaneously slapped in the face and kicked in the ass. Just that blackness in an unbroken weave, then the light razoring it open. I couldn’t see for a moment. I stumbled, dizzy, went down on one knee. When I got up, the flesh was crawling at the back of my neck because I was smelling something dirty, low, and mean. The stink of walking carrion.

A shadow stepped out of a pocket of blackness hugging the shelter itself.

A girl. A girl of maybe seven or eight in a white burial dress gone gray and ragged. She smiled at me with a flat, inhuman evil. Rats or maybe dogs had chewed the meat away from the left side of her face. There was nothing there now but sculpted gray muscle and ligament shrouding gleaming white bone. The wind blew her hair around in a wild halo. She looked up at me with a single eye that was yellow and glossy like an unfertilized egg. “Hey, mister,” she said in a scraping voice. “You wanna fuck?” Then she lifted her dress, exposing a hairless corpse-white vulva of ghost-flesh that was puckering with maggots.

Or maybe it was Shipman doing the screaming. The Wormboys and Wormgirls had found him, ringed him like starving dogs. They came from every direction and out there in the parking lot, Shippy looked like a lone swimmer in a moonlit choppy sea surrounded by sharks. He started this way, then that, finally fell to his knees and started praying in a high, whining voice.

It wasn’t enough to wander the gutted landscape anymore searching for meat. In the two years since they’d started rising, they’d gotten clever, imaginative, and tribal. Their faces were scarred from ritualistic cutting and carving so they resembled fetish masks. Noses had rotted into hollows or been sliced clean, flesh gouged in half-moons or jagged triangles, tongues slit so they were forked, lips peeled free so gums and teeth jutted obscenely. Many had shaved heads, some peeled right down to the raw bone beneath, and others wore dangling scalp-locks greased with human fat and braided with the tiny bones of children.

Every Wormboy tribe had its own look, you might say.

The little girl was ready to leap at me and I can’t say that I would’ve gotten clear of her. Luckily, Earl stepped out with his sawed-off twelve-gauge pump. “Smile for the camera, honey,” he said.

The girl bared her teeth like a wolf moving in for the kill.

Earl gave her a round that splashed what was left of her face off the skull beneath. Brains, meat, and bloody mucilage splattered against the wall of the shelter and she went down in loose-limbed heap.

The Wormboys had Shipman and he was howling like an animal being put to death. They weren’t eating him or even chopping him into shanks with their machetes, they were just
biting
him. One after the other, biting and nipping, sinking in their teeth and making him suffer.

A dead woman stepped out and smiled at me.

At least, I think she was smiling.

Her face was a writhing mass of larval action, worms roiling in her eye sockets. She was naked except for a purse that she carried for some reason, and her skin was throbbing and undulant from what was feeding upon it. She held a hand out to me that was knotty and scabrous, the nails black and thorny like those of a beast. She would have gutted me cleanly with them, gutted me and stuffed herself with my entrails while I was still alive if Earl hadn’t put her down.

“How’s about you and me and baby makes three?” she said in a hollow voice.

The dead often say such nonsensical things, re-spooled, replayed bits of their lives, I suppose. I once had a Wormgirl dressed in the filthy cerements of a Burger King uniform ask me if I wanted cheese on my Whopper right before she tried to take my head off with an axe.

Dancing With the Devil by Katie Davis
What the Single Dad Wants... by Marie Ferrarella
Love Me to Death by Sharlay
Wolf Tales 12 by Kate Douglas
Enemy of Oceans by EJ Altbacker
Savage (Daughters of the Jaguar) by Rose, Willow
East Hope by Katharine Davis
Chinese Orange Mystery by Ellery Queen
The Eden Passion by Marilyn Harris
Victims by Jonathan Kellerman