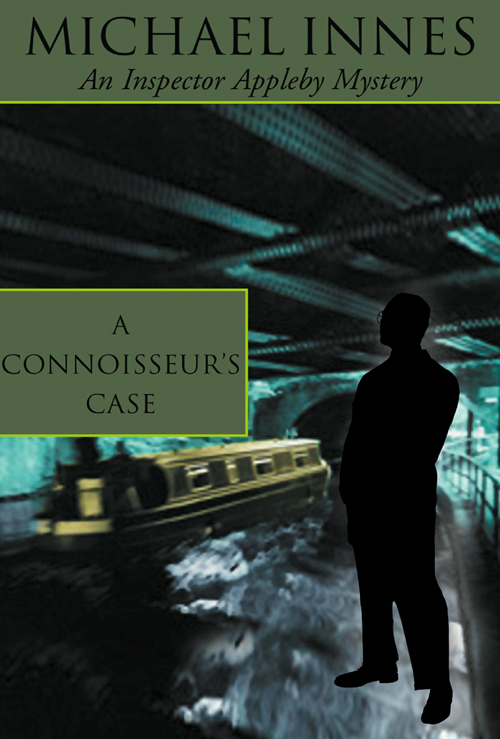 This is a fictional work and all characters are drawn from the author's imagination.
Any resemblance or similarities to persons either living or dead are entirely coincidental.

This eBook is designed to be read by any eReading device or software that is capable of reading ePub files. Readers may decide to adjust the text within the capability of their eReader. However, style, paragraph indentation, line spacing etc. is optimised to produce a near equivalent reflowable version of the printed edition of the title when read with AdobeÂ® Digital Editions. Other eReaders may vary from this standard and be subject to the nuances of design and implementation. Further, not all simulators on computers and tablets behave exactly as their equivalent eReader. Wherever possible it is recommended the following eReader settings, or their equivalent (if available), be used:

After a short interlude travelling with AJP Taylor in Austria, he embarked on an edition of
Florio's
translation of
Montaigne's Essays
and also took up a post teaching English at Leeds University.

By 1935 he was married, Professor of English at the University of Adelaide in Australia, and had completed his first detective novel,
Death at the President's Lodging
. This was an immediate success and part of a long running series centred on his character Inspector Appleby. A second novel, Hamlet Revenge, soon followed and overall he managed over fifty under the Innes banner during his career.

After returning to the UK in 1946 he took up a post with Queen's University, Belfast before finally settling as Tutor in English at Christ Church, Oxford. His writing continued and he published a series of novels under his own name, along with short stories and some major academic contributions, including a major section on modern writers for the
Oxford History of English Literature
.

âAnd that,' Judith Appleby said, âmust be Scroop House.' She took her finger from the map and pointed across the valley. âGet out the guide-book, John.'

Obediently, John Appleby unhitched his rucksack and rummaged in it.

âHere you are,' he said. âBut I don't expect it's on view.' He didn't entirely share his wife's fondness for perambulating the stately homes of England. One â he had long ago decided â was not all that different from another.

âWilliam Chambers,' Judith said. She had expertly flicked over the pages. âFinished in 1786.'

âDon't be idiotic.' Judith had climbed a gate and was perched on it. âIt may have heavenly
chinoiseries
.'

âMost improbable.' Appleby spoke briskly. If he had rather less than Judith's enthusiasm, he had rather more than her grasp of relevant facts. âChambers, you know, really went to China when he was a young man. His Chinese temples and furniture and so on are, in consequence, almost authentic. They have all the tasteless and gimcrack quality of the real thing with nothing of the more engaging fantasy that more ignorant designers brought to it. Think of Edwards and Darly. Garden chairs made of roots, and that kind of thing. Most attractive. But Chambers â no. Let's get on.' He held out his hand hopefully for the guidebook. âWe might get across the valley before eating those sandwiches, don't you think?'

But Judith, of course, was not to be bullied. She read on.

âBother!' she said presently. âIt doesn't say who lives there. Stupid of it.'

âMy dear Judith, what good could it possibly do you to know who owns Scroop House? It would be out of your head again by breakfast-time tomorrow.'

âYou're right that the place isn't on public view.'

âExactly.' Judith jumped down from the gate. âIf we knew his name, we could ask for him.'

Appleby, who was fond of admitting that he was a very conventional man, stared at his wife aghast.

âAsk for him? We can't barge in on a total stranger.'

âHe can't be a total stranger to Uncle Julius. Uncle Julius knows all the other nobs in the county, I suppose. We could explain I was his niece.'

Appleby's alarm grew. This social outrage was already vivid in his imagination.

âThen, of course, we can't do it.' Judith had picked up her walking stick and was moving briskly forward. She found her husband's attitude highly entertaining. In his time John had, after all, done quite a number of things that are not commonly done. When they got inside Scroop House â as they were certainly going to do â he would cheer up and look civilly around him.

âIn the eighteenth century,' she said, âit was hardly polite for a traveller to ignore a gentleman's seat. You drove up, announced yourself, and an upper servant showed you round. If the owner was feeling sociable, he would appear and receive you.'

âAnd Madeira and cake would then be served in the library.' Appleby was resigned. âLet's hope for that, too. Perhaps we can bring out our sandwiches and eat them at the same time. The upper servant will clear away the crumbs.'

âOf course we won't try if you don't want to.' Judith now said this as a matter of form. âI expect Uncle Julius would drive us over and introduce us tomorrow. Only his gout does seem to be rather bad, and he is very preoccupied with the atlas. He likes having us down, but he likes us going off like this for the day.'

âQuite so.' Appleby was aware that Colonel Julius Raven's
Atlas and Entomology of the
Dry-Fly Streams of England
with an Appendix on Northern Britain
was to be a work of the first order of importance. Being an intermittent angler himself, he had even contributed some notes, and this had raised him greatly in the old gentleman's regard. âWhether your uncle is familiarly acquainted with the chap at Scroop House,' Appleby went on, âwill depend entirely on the quality of the chap's water.'

âOr earlier history as a fisherman. Uncle Julius would go any distance to talk about Indian carp. He has a story to tell about playing a sixty pound
mahseer
. Not that he hasn't other interests as well. He likes hearing you talk about Scotland Yard. All those extraordinary crimes and horrors. He says you never tell him of a second-rate one â that you have a connoisseur's attitude to your job.'

âDear me.' Appleby sounded not particularly gratified by this description.

âAnd it makes a change for the old man. Those sort of things don't happen down here.'

They walked on, and Scroop House disappeared among trees. But even at a distance it had declared itself as a tolerably imposing pile: the sort of place one feels one must have heard of at one time or another. Not that its exterior was showy; it pretended to be nothing more than a place to live in â but to live in in a pretty large if reticent way. The centre was perhaps a double cube, and another cube, one storey lower, had been bisected and placed at each end. Beyond these again were two compact wings, and the low-pitched roofs of these provided the only diagonals admitted in the entire rectangular composition. Even the portico â which one could guess to be Tuscan Doric â had the same flat lines as the main parapet above. Apart from four sparsely placed urns, the building ended off as bleakly as a biscuit tin. This was what the Applebys had glimpsed, framed between enormous beech trees and with a beech copse on its eastern flank. In front, a well timbered park sloped down to the bottom of the shallow valley.

âHave we to get across a stream?' Appleby asked.

Judith glanced at the map as she walked, and shook her head.

âOnly the old canal. It's disused now, but there's still water in it. This stretch of it runs pretty well due east and west.'

âBut that doesn't make sense.' Appleby was studying the contours of the land. âThe valley's closed to the west by those quite sizeable hills.'

âIt goes through a tunnel that's nearly three miles long. We ought to see that too. The book calls it one of the major engineering performances of the entire English canal system. And it seems that it was all rather a flop. Partly because the railways came along in the disastrous way they did. And partly because, on the highest stretch of the canal to the east, they hadn't been too hot on their geology. It wouldn't hold water.'

âYes. Beyond the tunnel, it seems, the canal drops through a long series of locks to the estuary. That must have cost money too.'

Once Bitten, Twice Shy by Jennifer Rardin
Love Behind Lies by Anna L
Fish Out of Water by Natalie Whipple
A Way Through the Sea by Robert Elmer
A Sliver of Redemption by David Dalglish
The Shell Princess by Gwyneth Rees
He's With Me by Tamara Summers
La tercera puerta by Lincoln Child
Down and Out in Paris and London by George Orwell
Claimed (Book Four of the Castle Coven Series): A Witch and Warlock Romance Novel by Hazel Hunter