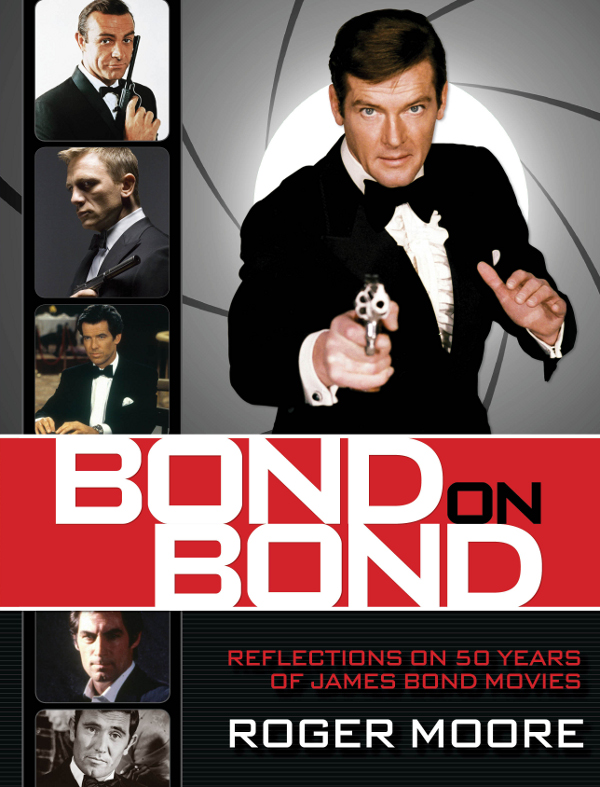 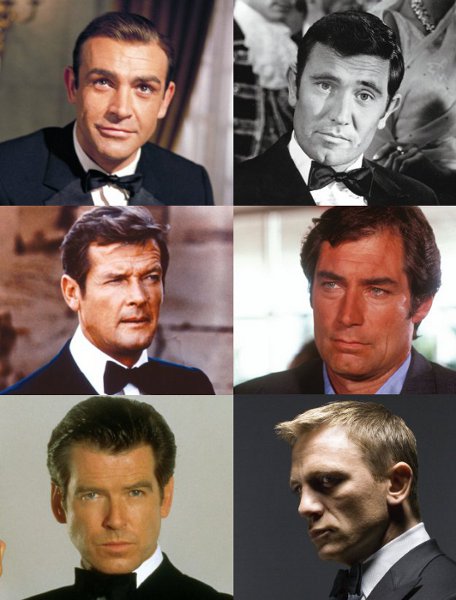 The Ultimate Book on 50 Years of Bond Movies

For my favourite Bond girl – Kristina

First published in Great Britain in 2012 by

ALL RIGHTS RESERVED. No part of this book may be reproduced or transmitted in any form by any means, electronic or mechanical, including photocopying and recording, or by any information storage and retrieval system, except as may be expressly permitted in writing from the publisher. Requests for permission should be addressed to Globe Pequot Press, Attn: Rights and Permissions Department, P.O. Box 480, Guilford, CT 06437.

Lyons Press is an imprint of Globe Pequot Press.

Papers used by Michael O’Mara Books Limited are natural, recyclable products made from wood grown in sustainable forests. The manufacturing processes conform to the environmental regulations of the country of origin.

Designed and typeset by Design 23

The James Bond films, and all images within, are © 1962-2012 Danjaq LLC and United Artists Corporation, All Rights Reserved

BOND BEHIND THE SCENES

T
he year 2012 not only witnesses the release of the twenty-third James Bond film in the shape of
Skyfall
, but it also marks fifty years since our intrepid hero first burst onto cinema screens in
Dr. No
. 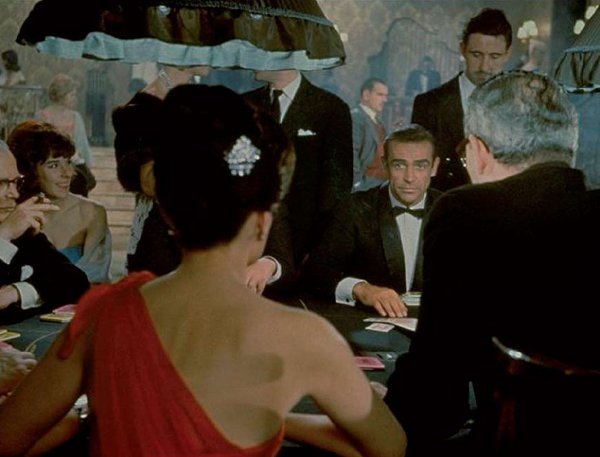 The scene in which the infamous line, ‘Bond, James Bond’, is first delivered by Sean in
Dr. No.

It has been suggested that over half the world’s population has seen at least one of the films in what has become the world’s longest-running movie franchise; and a series in which 007 has got to know over fifty-five ‘Bond girls’, has fought over 130 villains and
femme fatales
, has knocked-back numerous vodka martinis, has driven five different models of Aston Martin, has visited over fifty different countries and has been armed with over one hundred gadgets and guns – a few of which he even returned intact. 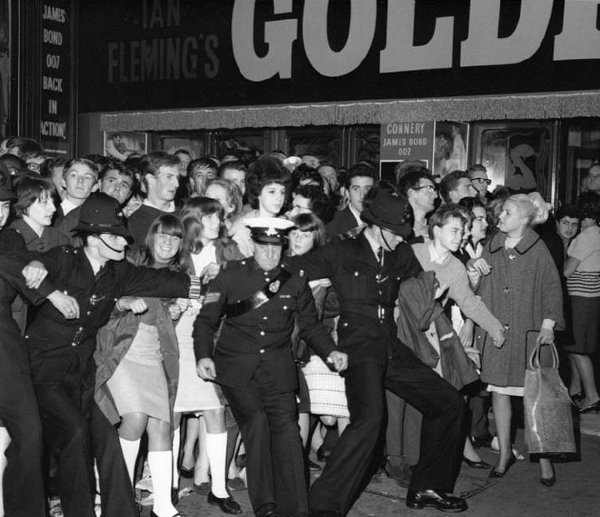 Goldfinger
was the first Bond film to have a premiere, which was held at the Odeon Leicester Square. The crowds went crazy and had to be held back by the police.

The escapism, entertainment, fun, beauty and thrills that so encapsulate each and every film were set down by the blueprint designed by producers Albert R. ‘Cubby’ Broccoli and Harry Saltzman, who helmed the early movies together before Cubby took the reins alone in 1977; which he in turn then handed over to his daughter Barbara and stepson Michael in 1995.

The combined box office of the first twenty-two films has exceeded $5 billion and while the
Harry Potter
and
Star Wars
films may come close, they have enjoyed more limited theatrical life spans whereas Bond is very much set to continue indefinitely and – who knows – maybe he too will even get a 3D retro-makeover? 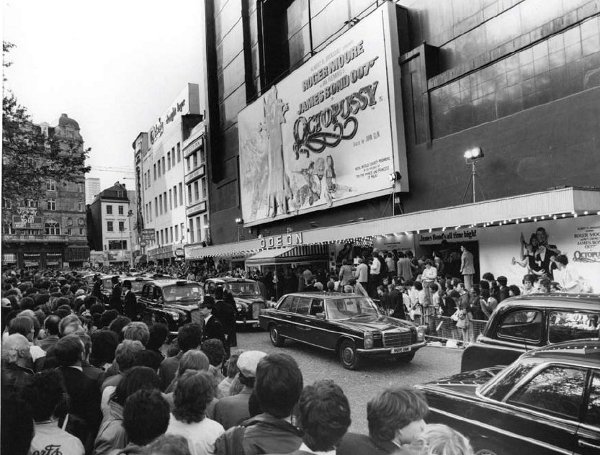 Octopussy
proved to be another crowd puller.

It isn’t just about cinema, either. I’m often told by people, friends and fans, how they regarded it as a big occasion when a Bond film first came on TV, in the dark ages before DVDs and online streaming, that is, and I’m proud to say that when, on Christmas Day in 1980,
The Man With The Golden Gun
premiered, it attracted (and has since held the record of) the largest ever audience of any Bond film on the box. In fact all the 007 films, not just mine, regularly attracted huge audiences on broadcast, which, incidentally, the networks usually reserved for Bank Holidays and Christmas. Coupled with those screenings, the wide and affordable introduction of VHS (remember that?) and DVD opened up an even bigger market for the films, and brought with them new audiences to the continuing franchise.

There is certainly a huge loyalty in the world of 007 fans; fans who not only collect the films, but also the memorabilia, the books (such as this one, dear reader) and posters; they also anticipate news of upcoming adventures, with huge excitement, on the multitude of fan sites and forums in which they scrutinise, analyze and dissect every little detail. Of course, many on these forums insist I’m their favourite Bond, but modesty prevents me complimenting their amazingly good taste!

Although 2012 marks a golden anniversary for the series, it also marks a ruby anniversary for me. You see, in October 1972 I reported for duty as the third actor to play James Bond on screen for Eon Productions. Can it really be forty years ago? Back then I could leap out of a chair without fear of my knees cracking; could chew on a toffee without fear of losing a filling, or worse still a tooth; could admire my long flowing locks of hair; and as I swooned in front of the mirror, proudly admire my bronzed, slim torso. Ah yes, with a flex of my toned muscles and a twitch of the old eyebrow I set pulses racing across the world, they say.

These days it’s my pacemaker that keeps my pulse racing and as for my other above mentioned attributes … well, I still have my memories. 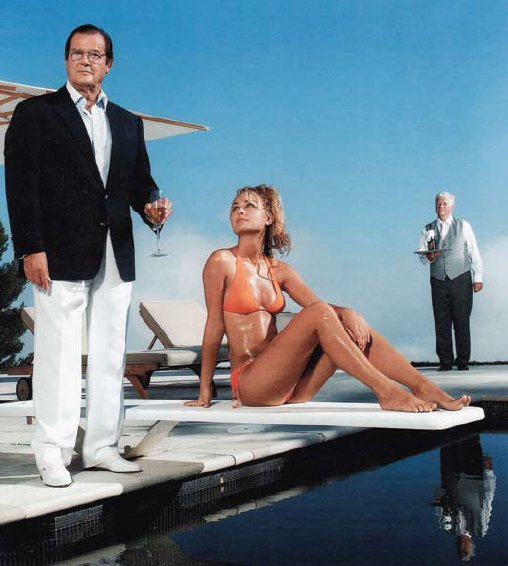 A typical day in the Moore household. It’s a hard life, but someone’s got to do it.

When I was invited by my publisher to take a look at the Bond films from my own fairly unique perspective (well, unique in that there are only six of us) of being James Bond on the big screen, it seemed rather a taxing demand for someone who has only appeared in seven of the films, and who is not necessarily an avid repeat viewer of the others. However, by calling on a few friendships and with the guidance of one or two people, I have attempted to fill up the spaces between some lovely photos with interesting words, thoughts and memories. What I can’t remember, I’ll just have to make up.