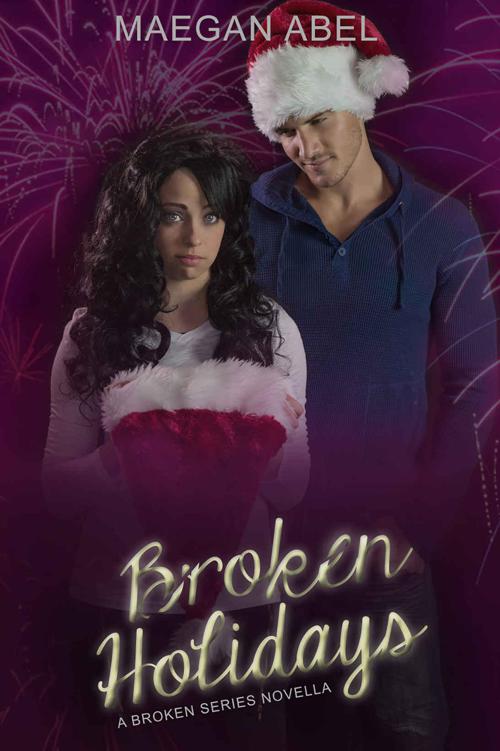 This ebook is licensed for your personal enjoyment only. This ebook may not be re-sold or given away to other people. If you would like to share this book with another person, please purchase an additional copy for each recipient. Thank you for respecting the hard work of this author.

“If your
friend
runs off one more of my bartenders, I’m going to ban him,” Roger snarled, slamming a bottle into place as we struggled to keep up with the constant flow of customers without the help of Cindy, the cute blonde that only lasted two weeks.

“Whatever,” I replied, blowing off his second threat in the last month. The first had come just before Thanksgiving when Zane’s
extracurricular activities
caused Gracie to quit. Before that, there’d been Sarah.

I glanced up, automatically scanning for the familiar blonde head that stood a few inches above most in the room. He was in the corner, one of his favorite spots, and had at least three women subtly, but drunkenly, vying for his attention. I couldn’t focus on the group for long as the mass of bodies pushed closer to the bar. If I’d thought business would slow down around the holidays, I’d been sadly mistaken.

It wasn’t too much longer before I spotted him again, this time making his way through the crowd with his arm around a leggy brunette who was wearing more makeup than clothing. I grabbed the bottle of Cuervo, immediately pouring Zane a shot before pulling out a beer. I stared at the girl, who blinked wildly as she looked at the wall of bottles behind me.

“I think I want something with Grey Goose,” she said, her voice annoyingly nasal. I reached for the bottle. “No! No, I was drinking vodka earlier, so I need to stick with that, right? Mixing is bad.” She looked at Zane for confirmation. It took everything in me not to beat my forehead against the bar. She had to be blonde naturally. I knew the type, blonde all the way to the toes. I’d have to ask Zane later if the curtains matched the carpet. Of course, if she bent over even the slightest, I’m sure the whole bar would be able to see for themselves.

“You’re safe with the Grey Goose,” Zane placated, giving me a subtle shake of his head when I opened my mouth to point out the obvious.

Rolling my eyes, I gave the brunette a smile. “How about a screwdriver? It seems…fitting,” I said, ignoring the glare from Zane as I tipped my head in his direction.

She scowled, obviously a tiny bit more intelligent than I gave her credit for. “What is that supposed to mean?”

“It means you’re not fooling anyone when you come out dressed like you should be on a pole.” I mixed while I spoke, not looking at her until I slid the drink across the bar. “Don’t choke. On the drink, or him.” I smirked and threw her a wink as Zane slammed his cash down against the wood. Working him up was a bonus.

I didn’t miss a beat, ignoring her insult completely as I smiled at Zane. “I’ll see you at home later, baby. Don’t waste all your energy on her.” I winked and he shook his head, his eyes telling me I’d pissed him off. I didn’t care. I was sick of seeing the pussy parade his life had become.

“You live with her?” The brunette’s nasally voice was even worse at an octave just above incredulous. I was pretty sure dying animals made more attractive sounds.

“No. Of course not,” Zane lied smoothly, wrapping an arm around her again as he led her away from the bar.

Just
as I was coming out of the shower, I heard the sound of keys in the front door. I took my time, combing out my hair before drying it in hopes that Zane would pass out so I wouldn’t have to deal with his attitude. When I opened the door, I jumped, surprised to see him leaning against the wall across from me. I nodded to him and started past, heading toward my room and leaving him to the bathroom, but he grabbed my arm.

“What the fuck was that tonight?” he asked. His voice was low and controlled but his grip on my arm told me he was still pissed.

“What was what?” I countered, tugging against his hand. I didn’t fight to break it, just to remind him that he had ahold of me. His fingers loosened, but he didn’t release me.

“You
know
what. You were being a fucking cockblocker for no reason. What the hell is up with you?” His tone, and the fact that he had adapted this habit of talking to me like I was one of the guys, was really starting to wear on me. Add that to the fact that I’d gotten the second threat on my job because he couldn’t keep it in his pants and I’d had enough.

“All I did was point out the obvious. You’re the one who’s unconcerned with anything aside from how fast you can stick your dick in someone,” I replied, tugging against his grip again, this time wanting space. He released me, his eyes narrowing as he opened his mouth to speak. I continued before he could, steamrolling over his protest. “Don’t even try to deny it. It’s the only reason you even go out. And honestly, it’s sad. A chick who I can only imagine you had to gag to even get it up made your night a success. Congratulations on that. Really. It’s quite an accomplishment to fuck someone who probably had the jizz of her last partner still drying on her panties. If she even bothered to wear any.”

“Have you ever tried it?” he asked, leaning against the wall.

I ran back through our conversation in my head. “Tried what?”

“Casual sex,” he answered, crossing his arms over his chest.

“You’d be surprised by what I’ve tried,” I said, my tone arctic. He tilted his head, his expression questioning. “Don’t even think about asking.”

A slow grin spread across his face. “You can’t drop a bomb like that and expect me not to ask.”

“Just because I don’t flaunt it and fuck a different person every night doesn’t mean I don’t have ways to take care of my
needs
,” I clarified, wishing I hadn’t brought up the subject as flashes of last night with Tony played through my mind.

Irritation raged through me like wildfire. The laugh was degrading and I couldn’t decide whether it was because I
had
a fuck buddy, or because he found the idea that I could have a fuck buddy so hilarious. Either way, he was pissing me off. “I’m telling you that who I fuck is none of your business.”

His expression cooled instantly. As if someone flipped a switch, all of his previous humor wiped away. “Exactly.”

If only it were possible for eyes to wage war…

Our stare down was interrupted by a throat clearing. I jumped, turning to find Tish standing in the kitchen doorway. I trampled back the embarrassment as the realization that he’d just heard our entire conversation washed over me.

“Hey, big brother,” Zane said, his tone grimly mocking the words. “You should keep an eye on your little pet. She’s trying to wade out into the deep end without her life jacket.”

“No. No to all of it,” Zane cut me off. “I’m not going to fuck you. Not now, not ever, so stop asking. Also, I know I’m not the only one with trust issues. I fuck plenty of women and I count on them being just as damaged as I am. But you, of all people, don’t get to throw my past in my face when you won’t even discuss yours. You can judge me all you want for the choices I’m making but…” he leaned down, putting his face close to mine as I refused to back away, “until you’ve had the perks of this life, you really shouldn’t knock it.”

“Why don’t both of you give it a rest?” Tish said, his deep voice carrying a dark undertone I hadn’t heard before.

I slid my eyes away from Zane, who was inches in front of me, to Tish, who stood with his arms crossed in the doorway of the kitchen. The kick of adrenaline hit me a second later as my pulse jumped to my throat, fight or flight taking hold. I felt cornered, but I knew it was irrational. Sweat beaded on my forehead as I clenched my jaw and fisted my hands. Zane took a step back and Tish dropped his arms to his sides. I didn’t meet either of their eyes but I kept them both in my vision as I started to slowly retreat toward my bedroom.

Neither of them spoke as my steps became more hurried. Once I shut the bedroom door and locked it, I could hear their low voices as they moved toward the kitchen. They were talking about me, obviously, but I didn’t care. Well, actually, I did care. I cared more than I wanted either of them to know. But there wasn’t anything I could do about it now. It wasn’t the first time I’d freaked out in front of them, but, like every time, I hoped it would be the last. I sat on the edge of the bed, staring at the bloody marks on my palms from my nails. This had to stop eventually, right?

After living in this house for eight months, I knew, without a doubt, that neither of them would ever hurt me. It wasn’t that I trusted them but… well, maybe I did. They’d never shown any sort of aggression toward me. Even when Zane grabbed my arm, I hadn’t been afraid of him. He wasn’t trying to hurt me. In fact, this had been the most Zane and I had spoken since the day he got his tattoo and the new girl at the shop, Kas, had to go and put ideas in his head. He’d gone back to avoiding me and I’d steeled myself again, not letting it hurt — at least, pretending that it didn’t. I wanted us to be friends. I wanted to go back to the time when we could laugh and joke about things — when we were comfortable and without this awkward tension. I wasn’t sure life worked that way, though.

Sometimes, no matter how much you want something, it’s just not meant to be.