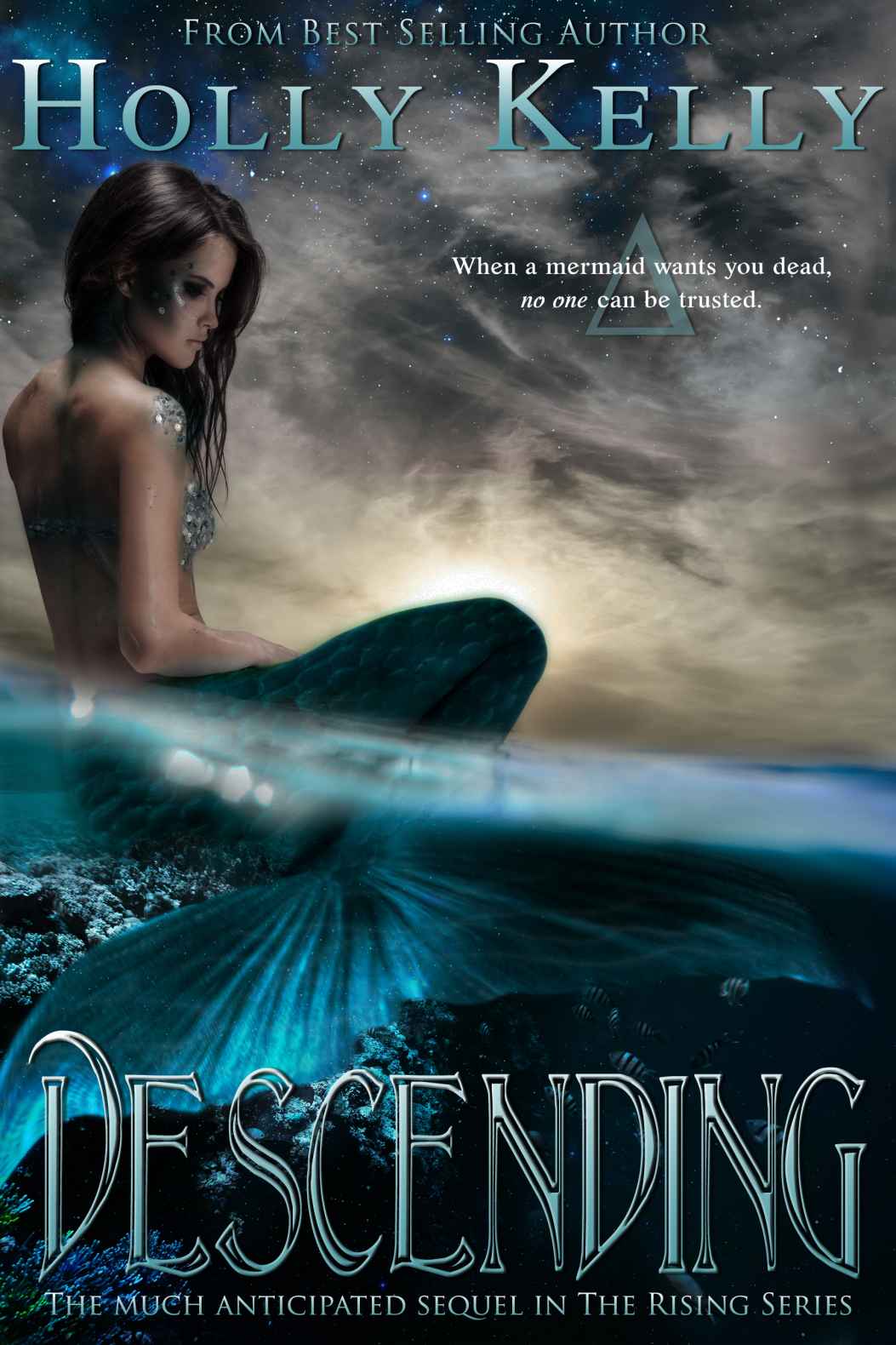 All rights reserved. No part of this book may be used or reproduced in any manner whatsoever without written permission except in the case of brief quotations embodied in critical articles or reviews. For information address:

For more information about our content disclosure, please utilize the QR code above with your smart phone or visit us
HERE
.

Deep inside the belly of the Kraken, Kyros had the beast right where he wanted. Enveloped in blackness, he sank to the floor of the stomach wall and inched his way to the side. Despite the fact that he kept his mouth and gills closed, he could taste the soured and rotten flesh of the beast’s last meal. He tried not to think about the fact he was swimming in vomit.

L
ifting his sword, he sprang off the wall. His blade slashed through flesh, organs, and muscle. His tailfin drove him forward, spilling him out into the open sea. The water clouded with blood and stomach fluids. This was not the most appealing way to slay a Kraken, but it was effective—if you avoided the teeth on the way in. Thank the gods Krakens had extremely slow digestion. This would never work with a Leviathan.

Shouts of relief echoed through the sea. The
town of Volosus had a new hero. Crowds of fellow Dagonians formed a semicircle of packed bodies pressing forward to get a good look at the dying beast. The colorful tailfins of the females outnumbered the grey fins. They’d lost a lot of males in this sea-monster attack.

The Kraken lay groaning on a bed of crushed homes. The beast’s eyes dimmed as crimson clouds billowed from his wound. His mouth gaped open, his jaw askew. Red wisps of blood flowed out, only to be sucked back in as the creature
took his last breaths. Finally, the breathing stopped and bloody tendrils rose around his long, jagged teeth. The beast’s body spanned the entire width of the village—most of which he’d destroyed. If only Kyros had been called earlier. How the village warriors thought to kill this monster themselves was beyond understanding. Even the most skilled of warriors found it difficult to slay a Kraken. Kyros glanced around; the villagers looked haggard, broken.

A rounded Dagonian fluttered his fat, stumpy tail, inching his way through the sea toward Kyros. “Thank you, most honorable warrior.” He smiled
, flashing perfect, white teeth framed by a jovial face. “This monster’s been terrorizing us for days. He killed my best soldiers, yet you alone defeated him. Thank you again.”

The Dagonian
reached out and offered Kyros his hand. Kyros’s glare stopped him. The man clenched his fist and pulled it back. Clearing his throat, he gave him an apprehensive smile. “I invite you to celebrate with us.” He turned to the crowd. “Men, have your females prepare a feast.”

“Stop
! No one move.” Kyros narrowed his eyes at the Dagonian. “And you are…?”

“The mayor—Eleon, son of Demokrates.” He cleared his throat, his eyes avoiding Kyros’
s glare.

“Why did you wait days before calling for help?” The venom in Kyros’s voice tainted the water.

“I… uh… we didn’t want to bother you with our problems.”

“You
mean—you were too proud to admit you couldn’t handle your problems.” Kyros narrowed his eyes and clenched his jaw. “Was it you who finally came to his senses and called me?”

The mayor’s head bobbed up and down.

“That’s a lie.” A shout came from a Dagonian in the crowd. “I called you.” A fit, young soldier swam forward, his hateful glare on the mayor. Other soldiers followed, anger echoed in their faces.

“Who are you?”
Kyros asked.

“I’m the spawn of the devil,” he answered.

Kyros approached the young Dagonian, who looked or acted nothing like his father. “Did your father ask you to call me?”

“No
, on the contrary, he threatened to disown me if I did. He couldn’t admit he was wrong. Even when his own soldiers were devoured, he insisted he had everything under control.”

“Are there any soldiers left?” Kyros asked.

“Yes, my unit is still alive. My father wouldn’t let me lead them against the beast. I guess he didn’t want to lose his only son. But these unfortunate souls…” He nodded to the stunned survivors. “I guess their family members were expendable.”

“Is this true?
” Kyros shouted to the people.” Are there any to collaborate this soldier’s story?” The villagers had fear in their eyes, but several nodded in agreement. None spoke out for the mayor.