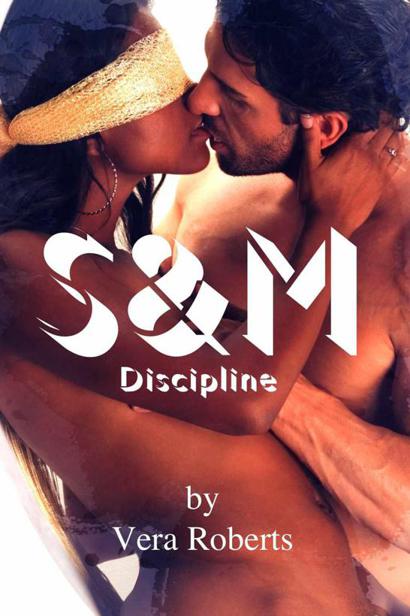 This e-book is licensed for your personal enjoyment only.  This e-book may not be re-sold or given away to other people.  If you would like to share this book with another person, please purchase an additional copy for each recipient.

This book is a work of fiction. The names, characters, places and incidents are products of the author’s imagination, or are used fictitiously. Any resemblance to actual persons, living or dead, events or locales, is entirely coincidental.

“So what do you think?” Sarah paraded around the apartment in her Halloween attire.

Mariana watched her leggy roommate strut her stuff up and down the makeshift
runway
from her bedroom to their living room. Sarah was wearing the tightest and tiniest nurse’s outfit Mariana had ever seen. She wasn’t sure if Barbie could squeeze into the outfit, that’s how tight it was. Sarah completed her look with white stripper heels with matching pantyhose and garter.

“You look like if you
decide to breathe
, that whole outfit is going to burst off your body,” Mariana replied.

“That’s one way of putting it,” Mariana smiled.

Sarah kicked off her heels and plopped next to her best friend on the sofa. “So what are your plans for Halloween? Does Mr. Man have anything special for you?”

“He has to work.
Got Milk?
has a new ad coming out so he’s directly supervising it,” Ma
riana tried not to sound
disappointed. She loved Scott’s take-charge attitude and how he worked insane hours to get the job done. She also hated how she wasn’t able to see him as much as she would’ve liked. If it hadn’t been for her internship
and the weekends,
Mariana wouldn’t see Scott at all.

“You can always come with us if you want?” Sarah prodded. “Besides, it’s been a while since I hung out with my bestie!”

“You know what I mean,” Sarah smiled. “We’re going to go bar-hopping and probably get wasted. We’re taking a cab so no designated driver here! It’ll be fun. Come on, let’s go!”

“I don’t even have a costume, Sarah!” Mariana whined. “I’m not going to go out looking like a boring college student.”

“We can go out and get a costume! I’ll pay for it if money is an issue!” Sarah begged. “I just want you to come with. It’ll be fun, just like old times!”

Sarah gave Mariana an offer she couldn’t refuse. She wouldn’t be able to see Scott because he was going to be working late, and Mariana really wasn’t looking forward to a night alone. It was hard to say no. “Okay, okay. But I’m not going to look like some ghetto hoochie mama, all right?”

“And sure enough,” Mariana looked at herself in the mirror at the
costume
store, “I look like a ghetto hoochie mama.” She was wearing a referee’s costume, and even though it came in her size, Mariana was convinced the sizing was meant for girls who had no curves and no ass.

Mariana pinched her stomach. “This isn’t supposed to spill out like this.”

“Well, maybe if someone would lay off the Del
Taco…”

“I stopped eating that!” Mariana insisted. “I just need to work out more.”

“Work out more? How much more do you need to work out, Mari? You’ve been steadily losing weight,” Sarah commented.

Mariana managed a smile. She had been losing weight, but she didn’t have a gym membership. Scott Reed was her personal trainer in more ways than one. “I just need to tone up. Anyway, pick another outfit, please?” She began to take off her costume.

“Fine.” S
arah rummaged through the rack
and chose another outfit. “Okay, this will work! It’s all black and will hide extra, ahem, poundage.” Sarah smiled as Mariana shot her a death look. “And it’s super cute and sexy!”

Mariana eyeballed the outfit. She could pull it off. It was missing one key accessory but she knew where to get it. “I think that one might work.”

“Ooh, was that a yawn I just saw?” Elissa looked at her boss as he stretched in his chair. “Your age is catching up with you.”

“You’re lucky you’re a lady I respect,” Scott yawned again, “or I would’ve told you off.”

It was already nine
pm,
and Scott Reed was burning the midnight oil with his executive assistant, Elissa. He had looked over the Got Milk? ad with her several times, trying to figure out what was wrong with it. With Elissa’s suggestions, Scott had made several changes already, but there was still something missing. That
IT
factor.

“You’re going to drive yourself mad, Boss,” Elissa warned as she stifled a yawn. “Whatever you’re looking for, you’re not seeing with tired eyes.”

“Maybe I should go home,” he glanced at his watch. It was too late for trick-or-treaters and Mariana already had plans. “Maybe I can catch SportsCenter.”

“Wow, you really are showing your age,” Elissa kidded, “I remember a time you couldn’t wait to get out of here to catch up with some chick at the local dive.”

“Yeah, well, those days are long gone,” Scott briefly thought of his girlfriend. He only wished he was seeing her tonight instead of working on some advertising piece.

“Monogamy,” Elissa replied, “how’s it working out for you?”

Scott tightened his lips. “I don’t know what you’re talking about.”

“Oh, okay,” Elissa smiled. The rest of the office may not have known the details between the executive creative director and the new intern who had just started, but Elissa was well aware of the secret games Scott and Mariana played. They always stole glances at each other, and Scott seemed to be in a happier mood on her internship days. It wasn’t a coincidence that her desk was in direct view of his office door.

But Scott was intensely private. Ever since a horrible breakup years prior, Scott went to great lengths to make sure not much of his personal life was made public. He confided in Elissa about some things but was silent regarding his relationship with Mariana. But Elissa knew what the deal was. He was in love with the woman and was fighting tooth and nail to deny it.

“Anyway, you go ahead and go home. I’m sure Adam is wondering where his wife is,” Scott smiled.

“I will tell him the same thing I always tell him,” Elissa got up and dusted off her suit, “I was with my younger and much richer boyfriend. Good night, Boss.”

Whatever it was, it was going to wait until the next morning. He was going to head to the nearest bar and drown his sorrows in a Samuel Adams. That always cheered him up.

He went home and briefly turned on the TV as he checked messages on his answer machine. He walked to his bedroom and passed by the infamous top drawer when he stopped in his tracks. It was slightly ajar.
Oh…

Scott walked over to the drawer and noticed a pair of handcuffs was missing. It didn’t take him long to figure out where they had gone. His second thought wondered what she was planning to do with those handcuffs and if she was going to use them on someone else. A twinge of jealousy tugged at his heart, and he felt his fists clench up. No, it couldn’t be someone else. Mariana promised herself to him, and she was his. All His.

“Girl, what did you expect?” Sarah led Mariana through the crowd. “It’s Halloween! Everybody and their mama are out celebrating!”

“I know, but this is crazy!” Mariana shook her head. “I can’t believe this.”

“What I can’t believe is how you didn’t get arrested for indecent exposure for that tight-ass outfit you have on,” Sarah’s boyfriend, Eric, commented. “Girl, is that shit painted on you?”

Mariana winked. The police woman outfit had a skirt that expose
d
the bottom of her ass cheeks. Her tight blouse exposed a lot of ample cleavage. While Scott was still at work, she had snuck into his home and grabbed a pair of handcuffs from the top drawer. She would simply put them back the next morning when she went to clean his home. He would never know the difference. “It’s not painted on, but it’s pretty tight.”

The group headed over to the bar, and Eric ordered a few rounds of shots for them all. After the fourth shot, Mariana was officially drunk. She felt looser, dancing to any song the DJ played and swinging her hands in the air. Sarah pulled her up on a side stage and the pair amazed the crowd with their exotic dancing.

“Yeah! Yeah! The nurse is mine!” Eric clapped and announced to fellow on-lookers. “That nurse is all mine, baby!”

“Why did I listen to you?” Scott managed to find a space at the bar to order his beer. “This place is bananas.”

“Then we should’ve gone to EMK since we’re about to become partners in that, anyway!” Jeff insisted. “But you didn’t want to do that tonight!”

“I didn’t want to be harassed by those wannabe starlets again,” Scott took a sip of beer. “It’s cute for a while.”

“Until they start stalking you,” Jeff remembered a past fling of Scott’s.

“Besides we got plenty of action here,” Jeff motioned to the girls dancing on a side stage, “like those two. Check them out!”

Scott looked over at the girls dancing. He could appreciate the tight outfits they were wearing, especially the one wearing the police uniform.
She was built like his girlfriend, and Scott imagined it was her. He could fantasize just like that.
He could only saw the back of their heads as they were faced in the opposite direction. That was fine by him. “Nice,” he finally commented.

“Nothing wrong with that,” Scott smiled. He watched the girls for a little longer, hoping they would finally turn around and show their faces. He soon got his wish. The one in the nurse’s outfit turned around first. It was Sarah.
If that’s Sarah, then the cop must be…
a few seconds later, Scott got his answer. “Mari.”