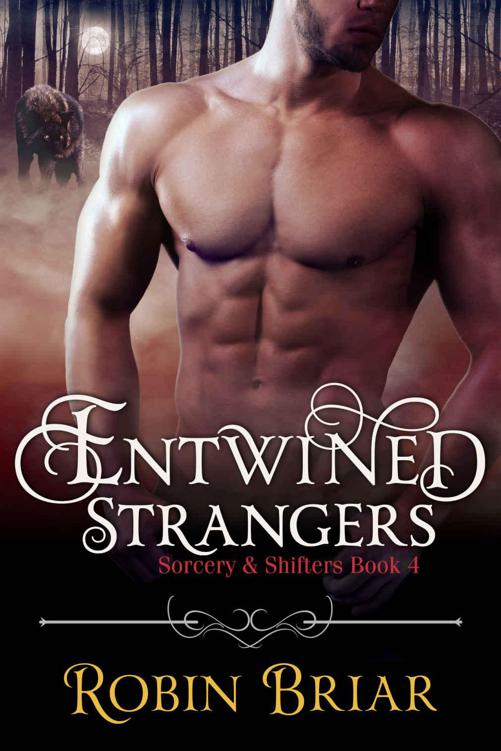 Copyright © 2015 by Robin Briar
All rights reserved. No part of this publication may be reproduced, distributed, or transmitted in any form or by any means, including photocopying, recording, or other electronic or mechanical methods, without the prior written permission of the publisher, except in the case of brief quotations embodied in reviews, fan-made graphics, and certain other noncommercial uses permitted by copyright law.
This is a work of fiction. Names, characters, businesses, places, events and incidents are either the products of the author’s imagination or used in a fictitious manner. Any resemblance to actual persons, living or dead, or actual events is purely coincidental.
Robin Briar

Description:
Jess has seen too much, and now Felix wants to maker her his prisoner.

She's being led to a vault, where Jess will be held captive, when her former enemy offers a way to escape.
Trent has made bargains with Jess before, so she knows his help doesn't come without a price.

With no way to contact Mason, she forms an alliance with Trent.

What happens next surprises the witch maiden. Trent is not just a powerful Alpha shifter, but a man of honor.

Suddenly, everything is changing.

ENTWINED STRANGERS
is the fourth book in the SORCERY & SHIFTERS series. The books of this series should be read in order.

1. A Spirit worth Breaking

There are numbers listed on the elevator panel, but none of them light up. There’s no status panel to tell you how much further we’ll be traveling. All I know is that there weren’t any windows on the floor where we started. There’s no telling how far down we could have been.

I’m standing between two men, a preternaturally strong werewolf on one side and an unusually slender warlock on my other. The burly man is chiseled and weather-beaten. He smells like musk and sweat. The slight man is boyish and handsome. He smells like juniper and lemon.

The slight man is a Felix Eichmann. He could kill me with a sideways glance if he wanted. He turns to me and smiles, but with his eyes closed.

“Almost there,” he says pleasantly.

A moment later and the numbers begin. Finally! I can see actual physical progress now. The elevator car continues up to the button Felix pressed originally, one of the higher floors, and then comes to a stop, opening to a stark hallway.

It’s dimly lit and the floor is made out of concrete. The walls are drab and unadorned. Not a very uplifting place.

Felix pops out the hold elevator button, holding the car, and walks into the hallway and around a corner. The three of us quickly arrive at a solid door. It’s sturdily built but otherwise unremarkable.

Felix produces a fob key from inside the pocket of his suit and swipes it. What sound like a series of latches unlock all around us. They echo through the entire floor, coming from inside the walls. The last lock to unlatch is the actual door, which snaps ajar politely.

Felix pushes the door all the way open and stands aside, letting me go in first. Trent follows close behind.

The space is dark at first until I take a few steps inside. Then the whole place lights up, sensing my presence. I walk into the apartment and look around. High ceilings, with a loft bedroom. I can even see a well-appointed bathroom with a large tub from where I’m standing.

Tinted windows stretch from the floor to ceiling, and the whole place is elegantly furnished with expensive taste.

I walk right up to the window. We must be one hundred stories above the ground. A sprawling city stretches out below me, which I quickly recognize. It’s the same one I left to be in the country. Where Candice, Kumi, and Saffron live. Where Trixie lives.

I’m definitely inside The Vault building and very nearly on the top floor.

I know The Vault is located right next to a borough of apartment buildings. It actually marks the point at where old tenement buildings come up against the city skyscrapers, looking down their architectural noses at them, so to speak.

Now that I can see where I am in the world, I close my eyes and reach out for the quicksilver pool, try to summon the tendrils that normally reach out for me at the time.

Nothing. I’m still cut off.

“That’s not going to work. Your magic is no more available to you up here than it was in my sanctum. You’ll have to keep busy in other ways.”

I turn around to face Felix.

“Do you always accommodate people this comfortably when you mean to break their will?”

Felix smiles at that. “There are many ways to break a will, Ms. Aberdeen. Perhaps I’m content to simply let you grow old and die here. You’ll have all the conveniences a person could possibly need, but none of the stimulation.”

“That doesn’t exactly inspire terror in me,” I say, with a cocky grin.

“No? Look around you. There’s no computer or television here. No radio or music. No books. More importantly, no access to the magic that keeps you young.”

He’s right. I didn’t notice that at first.

Felix snaps his fingers and the windows turn opaque.

“Then you’ll just have a daily routine. You might exercise, until even that grows tedious. I mean, why bother? To escape? To overpower your captors? Neither of those things will happen, but you’ll need to figure that out for yourself.

“As time passes, you’ll learn that the apartment is soundproofed and that the windows are shatterproof. You’ll try screaming and breaking things, believe me, but it will be futile. Nobody will be listening or watching.”

“There’s no surveillance? I don’t believe you. It’s got to be hidden somewhere.”

“You may think I’m lying, Jessica, but trust me, I have to do so. Still, you’ll have to figure that out for yourself.”

“Surely somebody comes by with food regularly?” I ask. “It wouldn’t make sense to lock somebody in here if you just wanted them to die from starvation.”

“And you’d be right. That’s the magical feature of this place. Once it’s keyed to you specifically, the apartment sustains all of your nutritional needs. You’ll never know the pleasure of food again. More than that, all the sundries that you use automatically replenish themselves and self-regulate. And if you do deface or destroy something, it will self-repair.”

He’s not kidding. Something tells me Felix is being completely honest. That’s rather the point. He wants me know how this place works.

“You’ll be truly alone with your thoughts, completely isolated from people in the world, and trapped in your own personal vault.”

“So that’s your plan? To break my spirit with tedium?”

“Maybe. I haven’t decided yet. I will tell you this much: I have a lot of time to decide.”

Felix snaps his fingers and the windows turn transparent again. He turns to Trent before speaking.

“I’m needed elsewhere. Adjust the settings of this vault to Jessica. I trust you’re in possession of yourself enough to manage that much? If you aren’t, then you know what’s at stake. You know
who’s
at stake. I’ll send two guards up shortly to escort you out.”

He turns to me one last time.

“I look forward to seeing how you hold up, Ms. Aberdeen… whenever I decide to check in on you again.”

Felix walks out of the apartment. His footfalls echo through the hallway to the elevator. I can hear the doors close and the car lurch away. He’s gone.

I gave no hint of it, but what he’s describing actually sounds pretty awful. If what he said is true, and I’m sure it is, I couldn’t even scratch marks into the floors or walls as a way of drawing. They would just repair themselves.

Trent smells the air in the direction Felix departed. He waits a few more moments and then turns to me.

“If you want to get out of here, I can help you escape, but this will be your only chance.”

Okay, that was unexpected.

“You want to help me escape? Where did that come from?” I ask.

It’s a fair question. He can’t be devoted to me yet. Not after such a short a period of time. Not after only having sex with me once.

“I have my reasons, but I’ll only tell what they are if you agree to help me in exchange for getting you out of here.”

I’m dubious. Something about this feels too convenient.

“Is this a part of it? Has the will-breaking already started? Make me think I’m getting away? Nurse the possibility of hope only to have it ripped away afterward?”

“No. Felix isn’t that subtle. You will be left here and forgotten. There’s a very good reason this building is called The Vault.”

I bet there is, but that still doesn’t explain why Trent is willing to help all of sudden.

“You heard what Felix said. I have a lot to lose if I don’t do what he says. Felix has something of mine right now, something extremely important to me. Something he uses as insurance against me to secure my loyalty. That’s why I do as I’m told.”

“That doesn’t sound familiar at all,” I say to Trent sarcastically, referring to how he tried secure my loyalty by keeping Mason close to him.

“I’m aware of the irony, but we don’t have time for it. You need to decide quickly. If you help me, then I’ll help you. We both stand to benefit.”

“I still don’t understand. You’re not telling me anything meaningful. How I can possibly help you?”

“You’re a witch. He’s a warlock. I’m a werewolf. I don’t know a whole lot about magic, but I’m pretty sure you know how to hide from the likes of him. You and your friends have certainly escaped his wrath so far. Well, I need you to protect something of mine. That way Felix won’t be able to manipulate me anymore. Can you do that or not?”

There’s a hint of desperation in Trent’s voice. It makes me want to believe him, but I need to know more.

“I can, but what about you? He’ll be furious when he finds out. How do you mean to get away?”

“I have the tattoo, remember? It works against divination magic as well. He won’t be able to find me with his spells. He’ll have to use mundane methods, which I can handle, but first we need to get out of this building.

“Once we do, you’ll have access to your magic again. That’s when I need you go into hiding, but you’ll be taking something of mine along with you for safekeeping. Something that Felix is keeping in this building right now.”

Monster Gauntlet by Paul Emil
Frayed by Pamela Ann
His Wife for One Night by Molly O'Keefe
Twelve Days of Winter by MacBride, Stuart
500 Days by Jessica Miller
Just A Woman (The Porter Trilogy Book 2) by Youngblood, Shannon
Ratking by Dibdin, Michael
Wanting You by Danyell Wallace
Lust by Anthony, T. C.
Christmas In Silver Bell Falls by Samantha Chase