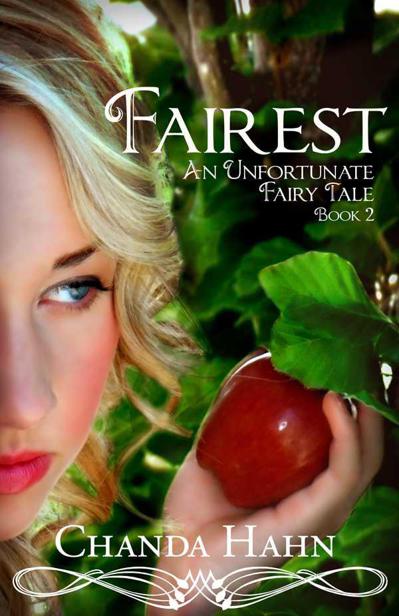 “Mirror Mirror on the wall

Who’s the Fairest of them all?”

Being ripped to pieces by Fae wasn’t how she’d envisioned dying. Her lungs burned with the lack of oxygen and a painful stitch stabbed her side. Mina gasped, gritted her teeth and pumped her legs harder, trying to put even more distance between her and her pursuers. She turned a corner, and took a chance to glance over her shoulder at the three very large Fae bearing down on her. They were quicker than she thought and they were closing the distance fast. She was in serious trouble.

She knew this area of town, and saw that they were almost to the Tulleyway Bridge. Within seconds, she reached the steel fence with its glaring metal sign that read “No Trespassing.”  Sliding to her knees, Mina squeezed through a gap in the fence, scraping her arms in the process. Looking over her shoulder, she saw her pursuers reach the fence and choose to scale it, instead of squeezing through the impossibly small opening.

“Oh, crud,” Mina blurted out, sprinting down the stairs leading to the underpass. The whole area was littered with trash, broken-down boxes and old oil barrels that vagrants used on bitterly cold nights. The underpass was deserted. She wasn’t sure what possessed her to run here, maybe it was fate.

A few days ago, Mina had felt something akin to a giant metaphysical shove that literally pushed her to the front door of The End Zone, sports bar and grill, and not even close to one of her normal venues. She’d heard about the famous eatery because it was co-owned by three former Chicago Bears’ football players.  She fought the urge to enter the restaurant, but after three days of intense headaches, tingling feelings and all of the shoves she kept getting in its direction, she finally gave in to the prompting. Mina knew that within the four walls of the restaurant, she would come face to face with her next quest.

She sat at a small side table, ordered a Coke and a basket of fries and abruptly sent them back because they were still frozen in the middle and the pop was flat. After ten minutes in a very annoying wobbly chair, Mina got up and switched seats, twice. All three of the retired players witnessed Mina’s actions, each from a different place in the room. Their reactions ranged from mild disgust to intense hatred.

When the last customer left, one of the men went to the door and flipped the sign to closed, restricting the occupancy down to four; Mina and the three Chicago Bears. The men barely tolerated looking at her.  It wasn’t until Mina, in an attempt to make small talk, made a comment about the Bears current win-loss status, that she realized they weren’t in the mood for a discussion and never would be.

Brown, the largest Bears player, leaned across Mina’s table to sniff her hair. Her muscles tensed up and she swallowed the last bite of her fry. She was petrified.

Brown exhaled loudly, stormed over to his colleagues and growled out one word:

Not needing any prodding, she jumped from her seat and ran out the door, barely beating the smallest bear by seconds.  She looked over her shoulder and could see that he had transformed part way when he started to chase after her. He slammed into the closed glass door, shattering it into a thousand shimmering pieces. It slowed him down just enough for her to escape. It also confirmed her suspicion. They were Fae.

The bears regrouped and decided whether or not to chase her down, which gave her a thirty-second head start. She prayed that they would decide to let her live and not follow her, but it was obvious that her prayer wasn’t about to be answered today.

She jumped around the garbage that littered the underpass, while trying to pull the Grimoire out of her denim jacket. She would have to think on her feet, if she wanted to outsmart three actual Chicago Fae Bears. In a random and wild thought, she briefly wondered if they helped or hindered the team during their professional careers.

Armed with only a magical notebook, that could morph its shapes and imprison Fae within its pages; she took in her surroundings and her enemy and devised a somewhat ludicrous, though foolproof plan.

In the last month, Mina had bonded more with the Grimoire, gaining confidence in its abilities, and trusting it to aid her. Even to the point of completing three minor quests. It, in no way, made her as talented as her father, but it gave her self-confidence. However, tackling small fiendish ravens and troubling foxes was nothing compared to entrapping larger-than-life bears, strong enough to rip off her head.

A roar behind her made her turn in surprise. Two of them were no longer hiding their Fae forms, and had shifted fully. Their leader was older, with tufts of grey sprouted along his shoulder blades, giving him an otherworldly appearance. Their football jerseys ripped as they could no longer contain the bulk of their true Fae form.

Unprepared for the quick change, she bumped into an overturned barrel and fell down skinning her knee. She shouldn’t have looked back. Jumping to her feet, she saw the third bear coming down the spillway from the other direction. They had surrounded her. She hadn’t counted on that.

“So, um, how do you like my trap?” Mina announced innocently, feeling skittish and nervous.

“Trap? I think it is you who are trapped, little Grimm,” the smallest bear growled at her, while stepping closer. His golden brown fur was littered with the broken glass of the shattered restaurant door.

“Who sent you after us?” the leader called out from behind her as he caught up to them. He was older, bigger, and slower. “Did the Fates tell you where we were? We were getting too powerful for their liking, weren’t we? They don’t like how we run our business over here. Well, that’s just it; it’s our business, not theirs.”

“What does it matter if we eat a few humans every once in a while? We still pay our tithe to the courts; we still obey and appear when summoned. Who did we tick off to get you knocking at our door?” the largest one, Brown, demanded.

She felt disgusted, sick to her stomach at what she’d just heard. Did they just confess to eating humans? Mina looked around under the bridge at the empty boxes and sleeping bags and realized where they found their food. This whole time, she thought she was leading them on a chase, but instead they were herding her… to their hunting grounds. She swallowed and felt her stomach drop.

“The Story,” Mina answered unsure of what else to say. “The Story sent me after you, or should I say, sent you to me.”

“Story? We don’t want any part of that.” Brown walked closer to Mina.  He flexed his shoulders and opened his hands to show her his large black claws. “We just want to conduct our business our way. What say we let you live, and you take that cursed book and never come back.”

“Sorry guys,” Mina answered trying to sound brave while her hands shook with fear. “That’s just not gonna cut it. I can’t let you continue on with what you’re doing. Story or no Story, you have to be stopped.”

The smallest bear leaned forward, saliva dripping from his teeth in anticipation as he sauntered toward her. His voice came out muffled and slurred, his bear mouth unable to form clear precise words, which was proof that the youngest spent more time in human form.  “Then we will just have to take care of you ourselves.”

She looked up and all three of them began to charge her. She grabbed the notebook and flung it open, concentrating as three giant, gold bear traps sprouted from the ground. Each of the bears stopped in their tracks and began screaming in pain as, one by one, they were caught in a magical golden trap. The traps surrounded their ankles and anchored them to the ground, immobile.

Mina smiled in relief when it worked, but only for a moment as the closest bear could still reach her with his long powerful paw. She looked up in time to see him swipe for her head. She screamed and opened up the Grimoire.  A pure bright light shot out of the book, making the bears shrink back in fear. She held onto the Grimoire in desperation as the book grew hot and the Fae bears continued to fight against the magical traps, while trying to dodge the light pouring from the book. Just like before, a powerful wind picked up, lifting them into the air and pulling them into its pages.