Paris in the Twentieth Century 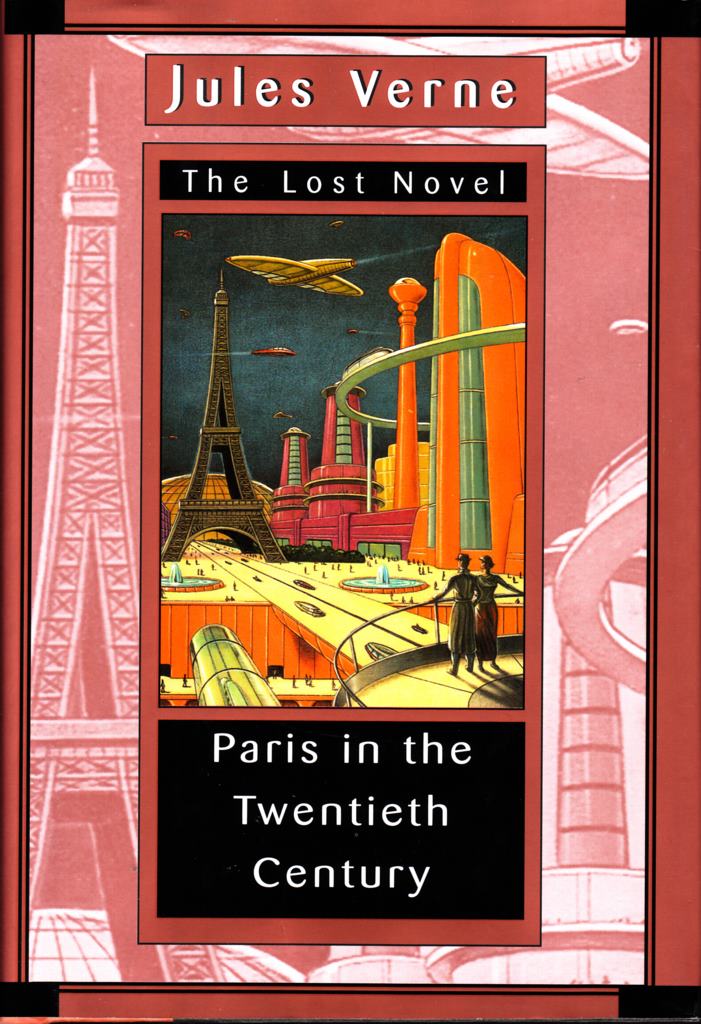 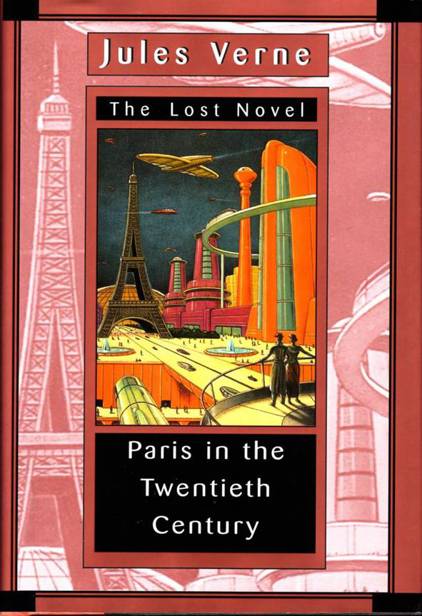 Paris in the Twentieth Century

All
rights reserved under International and Pan-American Copyright Conventions.
Published in the United States by Random House, Inc., New York, and
simultaneously in Canada by Random House of Canada Limited, Toronto.

Printed in the United States of America on
acid-free paper

an ebookman scan with active table of
contents and endnotes.

O terrible influence of this race

which
serves neither god nor king,

given
over to the mundane sciences,

to base
mechanical professions!

Pernicious
breed! What will you not attempt,

left to
your own devices,

to that
fatal  spirit of knowledge, of invention, of progress.

When I
was eleven, my mother (twice divorced) remarried, and we moved into my
stepfather's house. He was her first cousin, and their marriage was designed to
be one of comfort and familiarity, yet the partners to it had neglected to
acknowledge one shared flaw, which soon became a distressing factor in our
family life. Both husband and wife were raring, tearing alcoholics, from whom
I took a sort of aggressive refuge in a set of olive leather books I had found
on a shelf over the piano. The twelve double volumes of
The Works of Jules Verne
became my
imaginative life while all hell was breaking loose around me. I lived in them,
utterly dissolved in the Splendors and Miseries of Technology, reading with an
intensity probably doubled because of the chaos those big visions protected me
from.

I have
translated this newly discovered first novel, which Verne wrote when he was
thirty-five, as a gesture of gratitude for all those hours of rescue work,
from which I am still profiting. No space machine of Verne's peculiar invention
was more powerful than those books of his, no intra-terrestrial vehicle more effective
in promoting total (and saving) absorption. Much of the old spell—more
diagrammatic, less suavely joined—abides in
Paris in the
Twentieth Century,
and I am delighted to be artisanally connected
with this story of tragic anticipations, a dystopia which now seems as familiar
to us as that old gothic romance the Return of the Repressed. It is scary to
discover, reading Verne, that one's future is also one's past, but it certainly
makes for an enthralling reminder that the anticipation of a world is
inevitably the myth of an eternal return.

A Panorama of the Streets of Paris

Concerning Some Nineteenth-Century Authors,
and the Difficulty of Obtaining Them

Which Treats of Calculating Machines and
Self-protecting Safes

In Which Quinsonnas Appears on the Ledger's
Summit

Which Concerns Music, Ancient and Modern, and
the Practical Utilization of Certain Instruments

A Visit to Uncle Huguenin

A Stroll to the Port de Grenelle

The Demon of Electricity

End of Paris in the Twentieth Century

"Citizens,
can you imagine the future? City streets flooded with light... nations
brothers... no more events. All will be happy. " That is Victor Hugo in
Les Misérables,
published in 1862. In 1863 a
much younger man sat down to imagine the future and, though full of marvels,
his version looks less happy by far. At thirty- five, Jules Verne had tried
several trades and apparently mastered none—at least, not one that could
ensure a stable income.
Five Weeks in a Balloon,
the tale that made his name, was just published, but fame still hung around the
corner for the determined scribbler who dreamt of a literary career. So, the
pages Jules Verne penned in 1863 to be revealed nearly 130 years later read
very differently from the science fiction that we expect from him.

Avid
reader of Edgar Allan Poe, Verne had been fascinated by the American's
fantasies, seared by his scorn for American society and for the idea of
progress.
Paris in the Twentieth Century
applies Poe's
views to contemporary France, where poetry wages a losing battle against
material reality. The Jules Verne we know from his "Extraordinary
Voyages" translates the romantic exoticism of his youth onto a scientific (and
didactic) plane. The Verne that we encounter here translates Romantic pessimism
into social satire. In classic Jules Verne adventures the environment is there
to be mastered; in twentieth century Paris it can only be suffered, and the
narrative offers less entertaining description than cultural criticism.

The
material setting is prescient and prophetic. There are electric lights in
profusion; boulevards and department stores lit as brightly as the sun;
gigantic hotels; great avenues filled with horseless carriages powered by
internal combustion; noiseless gas cabs that turn corners and climb slopes with
none of the problems of horses; public transport provided by street cars and
automatic driverless trains; majestic mansions fitted with elevators and
electric buttons that open doors; financial hives equipped with copiers,
calculators, and fax machines. The capital city has become a great seaport,
"a Liverpool in the heart of France, " crowded with liners and
freighters, whilst (only yards from where the Eiffel Tower went up in 1889) an
electric lighthouse five hundred feet high looms over a forest of
flag-studded masts.

Paris in
the twentieth century—and, more specifically, in 1960—teems with prodigies
that were hard to imagine a hundred years before; yet Jules Verne imagined
them because the science and technology of his day suggested their possibility.
Imagination is the capacity to rearrange available data or to extrapolate from
them, and Verne was a masterful extrapolator. Work on the Suez Canal had begun
in 1859: if seagoing ships could cross the desert with help from engineers,
they could certainly sail up the Seine. The prototypes of internal combustion
engines and of fax machines had been developed in 1859, the first Otis elevator
ascended in New York in 1857, the first transatlantic cable would be laid in
1866, the first underground railway opened in London in 1862. Paris got one in
1900, but Jules Verne envisaged an elevated railway in the American style,
powered by compressed air. Electrified streetcars appeared in the United
States in the 1880s, in Europe in the 1890s. Even the electric chair that
Verne's protagonist stumbles across as he roams through the Paris night would
be inaugurated in New York State a quarter of a century later.

So Jules
Verne's 1960 is neither unimaginable in 1860, nor unbelievable for today's
readers. And Michel Dufrénoy, his hero, fits the period well. With his long
hair, his literary aspirations, his rejection of the existing order and of a
paying job, and his rather mopey manner, he prefigures the dreamy dropouts of
the 1960s. Jules Verne's only child, a son born in 1861, was also named Michel;
so were the ships that Jules loved to sail. We may assume that, in the author's
eye, Michel is a positive figure. Yet one could say of him what Adolphe Thiers,
the acerbic politician, said of Napoleon III: "He confuses the verb to
dream with the verb to think. " In fact, Michel is a fool, but a nice
fool: a poet and a ninny, as one is entitled to be at sixteen; and sometimes at
sixty. And his Paris, the one Jules Verne envisions for our century, is a ship
of fools running onto the rocks of modernity.