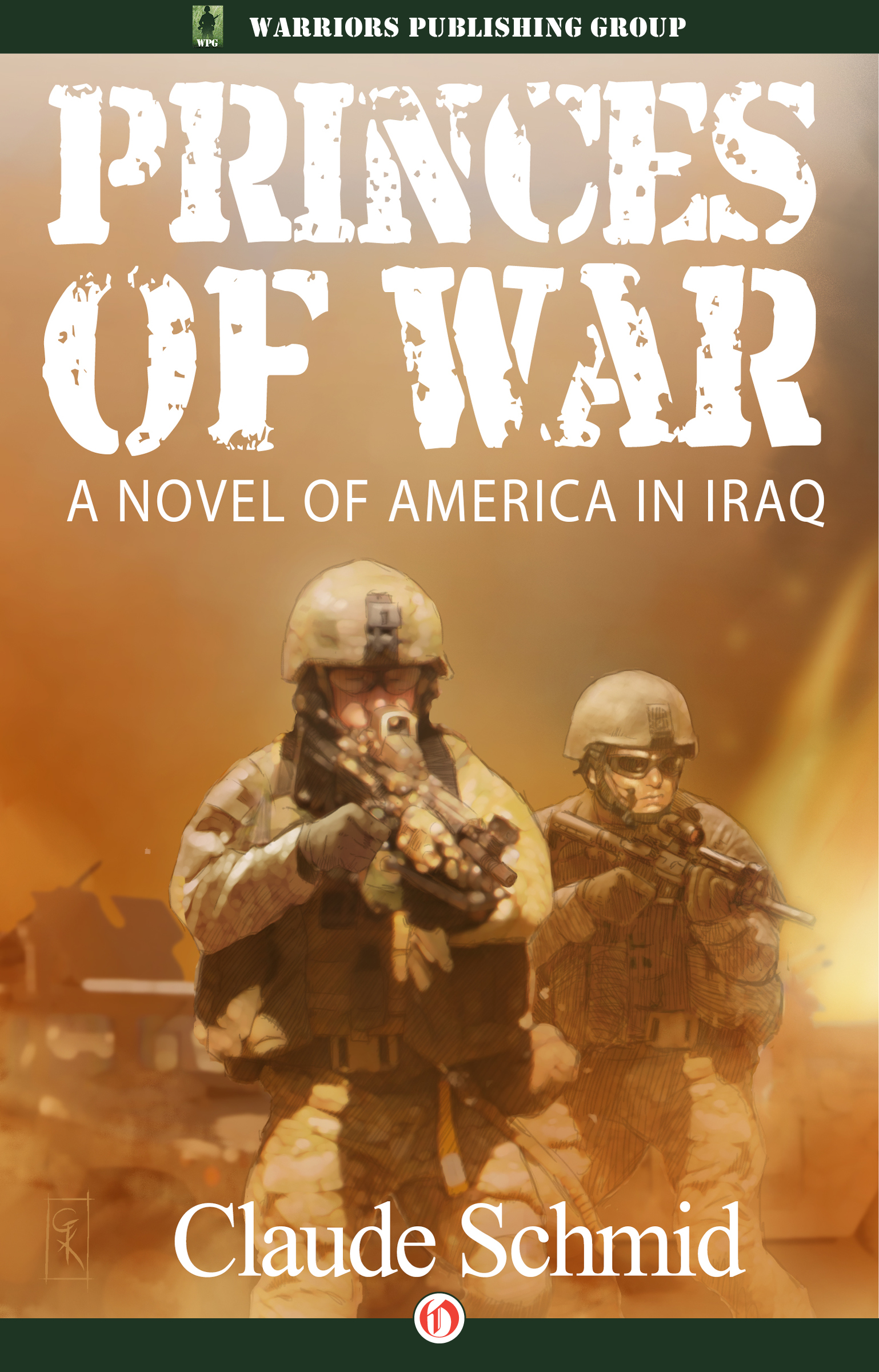 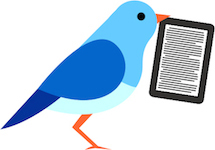 BE THE FIRST TO KNOW—

A Novel of America in Iraq

This book is dedicated to a soldier without uniform. In fact, he wasn’t a real soldier at all. But he fought as hard as any soldier I’ve ever known or read about, and eventually what he fought against killed him. That man was my brother, Kevin Walter Schmid. Kevin was born with Muscular Dystrophy and spent his whole life at war with it. That disease ravishes your muscles. It kills slowly, by convincing your body that it should prematurely self-destruct. Muscular Dystrophy has killed millions. Kevin’s battle started early; I remember him going from a slow limp in elementary school to a wheelchair in high school to what was essentially paralysis in a hospital bed at home late in his life. Like the best soldiers, Kevin had a quiet resiliency that manifested itself most clearly when the going was roughest. He kept his cool during the whole fight. He worked hard to make himself better long after most of us were done. He didn’t complain. He just fought harder. Like the best soldiers, Kevin was made stronger by being part of a good team. The most important members of his team were his devoted parents. They helped give him the best life possible and loved him to the end and even now. Like the best soldiers, he had other teammates who were proud to know him and admire him, and surely ask themselves whether they could have ever shown that much courage. In 31 years in the military, I was honored to serve with and meet some of the bravest men on this planet. My brother was one such man. Kevin, I salute you.

“I came here to stick a thermometer in you,” said Brigadier General Vincent Craig, the 1st Infantry Division’s Assistant Commander, in the laconic, no-bullshit style that was his calling card. “Up north here, your brigade sits atop one of Iraq’s human volcanoes. Ethnic tensions, fanatic ideologies, regime holdouts, thugs, and criminals—you guys have it all. After six months of living that, you tell me how it feels.”

BG Craig—all white-haired, six-foot-three, 225-plus pounds of him—sat in the front middle seat of an audience of 30 to 35 soldiers assembled in the brigade headquarters. The senior leadership and a few selected staff members of the three brigade battalions were in attendance. On the agenda today was a six month review; the brigade was due to give a mid-tour accounting of its performance, and the Assistant Division Commander was here to receive it.

He wanted the thermometer reading.

For the next 45 minutes, the parade of briefers presented systematically, each armed with a set of PowerPoint slides and a laser pointer. The briefers, mostly men and mostly officers, stood in what the brigade staffers affectionately called the “mosh-pit”—named after the aggressive, full-contact dancing craze popular in the late 1980s—and delivered their slice of information, trying to look and sound competent, while remaining agile enough to field questions.

First Lieutenant Nathan Petty, 2nd Battalion’s Assistant Intelligence Officer, sat in the audience on the right flank. He listened to the briefings, periodically taking notes, and he studied the audience, especially the main attendee: BG Craig. Petty noticed that every time Craig questioned a briefer, the general would, while listening to the answer, suck on the frames of his eye glasses, as if by doing so he could measure the man.

Three large computer screens hung on the wall behind the briefers. The middle screen displayed the PowerPoint slides and the outer screens showed maps. The map farthest away from Petty displayed all of Iraq, the country wedged into the center of the Middle East, surrounded by other mostly Arab countries—except Iran—with boundaries drawn by post-World War I colonial powers. Graphics on this map showed 1st Infantry Division’s area boundaries and the other larger commands. Nearest to Petty was another map, much more magnified. This one showed the brigade’s area on the northern edge of the division’s operating area, and was further subdivided by the boundaries of the respective battalion task forces. Here he could locate Bajanas and other familiar towns and landmarks. When he peered and used a little imagination, he could see the ground his close friend, First Lieutenant Christian Wynn, patrolled—even at this moment—since Wynn had responsibility for all activity in that area.

It didn’t take long before Petty was staggered by the magnitude of what the brigade had attempted, and what they had experienced.

Most comments, although delivered with relatively positive wrapping paper, revealed statistics of toil and blood.

Major Stewart, the Brigade Intelligence Officer, now had the mosh-pit. He spent several minutes summarizing the enemy activity. Then, with his eyes locked on BG Craig, he said, “Sir, in the last six months, reports have confirmed seven different insurgent groups operating in our battlespace. These range from groups claiming a handful of attacks to groups claiming dozens. All are Anti-Coalition. Most have Sunni origins. Reports suggest most receive outside help. Each—every damn one—has our blood on their hands. We’re studying them all, but it’s challenging to get inside the workings of these groups. Here, Sir, it’s worth emphasizing that the war in our area is changing. It’s a true counterinsurgency. Almost no sizable enemy concentrations. It’s all small-group action, focused and deadly. Some days our guys think their uniforms should say U.S. Police instead of U.S. Army.”

“Tough situation out there, no doubt about it,” BG Craig began. “Your people, and American soldiers all across Iraq, have been bombed, rocketed, and shot at. You’ve lost friends. You’ve seen folks you love hurt and maimed. You, many of you, have ordered men into situations that ended with someone dying or getting seriously hurt. The call was yours, your responsibility, you think.” Craig paused, and turned left and right to check his audience. When he continued, his voice was several decibels quieter, his tempo more restrained. “Any deaths—you tell yourself—are on you, too. But that would be an incomplete sentiment. The truth is this, and never forget it: the United States Government sent us here, sent us here on behalf of the American people. Just like it did with every previous war. And that core truth doesn’t change, no matter what kind of war we’re fighting.”

As the briefing neared its end, Petty looked down at his notes.

“Population census underway in 30% of the urban area…”

Then he looked at statements he’d underlined.

Then Petty looked at a statement he’d underlined twice.

At the bottom of the page he wrote in capital letters: SEVEN INSURGENT GROUPS! He circled that and closed his notebook.

Cole “Moose” Murphy surveyed the view in front of him for maybe the hundredth time. Before him lay a dusty street lined with non-descript rectangular one- and two-level Iraqi houses. The morning sun colored the arid landscape cinnamon, scorching his kevlar helmet and every other exposed surface. He scanned the usual pedestrian traffic and occasional car, looking for anything that might be irregular, that might be a threat to the platoon’s security. And threats there were. In the past week, within a 25 mile radius of where Moose now stood, 23 bombs had exploded, 11 more bombs had been discovered and disarmed, eight reports of rocket or mortar fire, 73 reports of gunfire, and 16 dead bodies found on the street. His platoon leader, 1LT Christian Wynn, went over those unsettling statistics that morning.

All four of the Humvees on this mission, D21 through D24, belonged to 2nd Platoon, Delta Company, which called itself the Dogs. Each platoon chose the name of a dog breed to further identify itself. 2nd platoon was the Wolfhounds.

Today the Wolfhounds worked a mixed neighborhood of Kurds and Arabs. The Kurdish areas were considered relatively safe; the Kurds resisted any Al Qaeda presence. In the predominately Arab areas of Iraq, however, a smorgasbord of insurgents and conspirators hid more easily and vast regions were poisonous cauldrons. Many Arabs in the area were better off than others in Iraq and so maintained a low profile. Some worked for the Iraqi Oil Company which explained the area’s relative affluence. The fault lines imprecisely separating various religious groups and ethnicities were turbulent and dangerous, like fault lines everywhere.

Standing up in D24’s turret, Moose looked down the long black steel barrel of the .50 caliber machinegun he manned, tracing the gun receiver to the end of the barrel and into the neighborhood of flat-roofed houses crammed together like sardines. He felt invincible. He looked to his right, then coolly walked his gaze from right to left. Nothing abnormal.

Moose was a big man, though not tall, with massive bulging shoulders like whole hams. He had a large blunt nose, large ears, flat green eyes, and chestnut-colored hair. Though he could run fast, he lumbered when he walked—a bit slower than normal—giving him the gait of a bull moose. Someone in the platoon started calling him “Moose.” The name stuck. Back home they said he came from good stock. He’d been raised as a strict Southern Baptist, had gone to church most Sundays, and still got “Dear Son” letters twice weekly from his mother. But at 16 he rebelled, thinking he had all the answers. Now he took to church as a cat takes to showers.

Cape May by Caster, Holly
Stardust by Baker, Mandi
The Dragon of Time: Gods and Dragons by Aaron Dennis
Charlie Wilson's War by Crile, George
Village Affairs by Cassandra Chan
Everything You Always Wanted To Know About Acting (But Were Afraid To Ask, Dear) by West End Producer
Ambushed by Shara Azod
Damaged & Dangerous: The Sacred Hearts MC Book VI by A. J. Downey
Werewolves Rule (The Rule Series) by Blake, K. C.
Invisible Prey by John Sandford