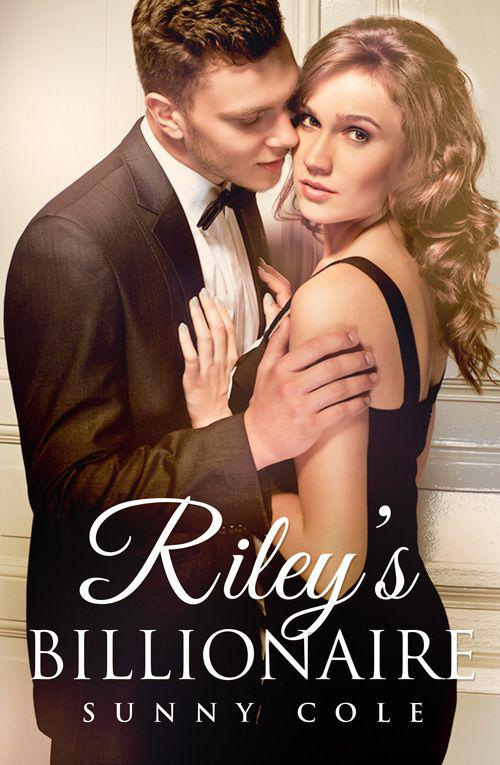 When a billionaire comes knocking, offering to make your dreams come true, it only makes sense to open the door...

Jack needs a wife. Riley wants her own winery. So when Jack proposes a business arrangement that will see them both achieve their goals, it seems like a no-brainer to Riley that she should agree.

But Jack has an unknown agenda, and secrets that he hasn’t shared. Secrets about a grandmother and a family that Riley never knew she had. Secrets about an orphanage, a lost heiress, and the family members that still want her to disappear. It looks like their strictly business arrangement is about to get a whole lot more personal...

Sunny Cole is the author of over sixty books and as many short stories, all under a variety of pen names, but her friends call her Sunny. Born in North America, she considers Hervey Bay her second home town and Sydney her place of rebirth. Her primary interests are her family, pets, friends, and writing. When she isn’t typing, she’s travelling.

My thanks to writers Alexis Fleming and Kelly Ethan for their hilarious input on euphemisms.

Special shout-outs to Bronson at the Holiday Inn on George Street, Sydney, NSW; to writers Bronwyn Parry and Valerie Parv...just because they’re influential ‘Bats’ from my teenage years as a writer; to the marvellous staff of Virgin Airlines; and to the most gracious, entertaining hostess on the planet, author Alexandra Rowland.

To fellow writers Alfie Thompson, Gwen Duzenberry, and DeAnn Sicard. They have opened the most fascinating doors for me, leading to everlasting friendship and the truest joys of writing. My eternal love, ladies. Here’s to many more books for all of us.

‘My virginity is not for sale.’ Riley Grace struggled to keep her voice steady. How dare the man who called himself “Just James” make such an outrageous proposition?

‘Good, because it’s not up for discussion!’

He held his hands in his lap, continuing the smile. ‘You might change your mind — Monsieur Beauchamp is not unattractive. I have photographs, if you’d care to look.’ He pulled a small stack of them from his jacket pocket and held them out.

Riley gave the top shot a cursory glance. Dark, debonair, and probably dangerous. She lay them on top of the paperwork at her feet.

What began as a pleasant business meeting in the hotel lobby, just a few metres from Sydney Harbour, had quickly morphed into a ludicrous farce. Riley had gone from thinking this to be a job interview — as was stated in the letter she’d received — to believing a madman had been stalking her.

‘This is a scam, right? Your employer must need a temporary visa. Surely, he can bribe someone.’

The older man stiffened his back. ‘Monsieur Beauchamp has dual citizenship in France and Australia. I assure you this business proposal is quite legal and above reproach.’

Proposal.
Riley couldn’t repress a snort. ‘On the off chance I agree, where would we marry? Where would I live during this...arrangement?’ She couldn’t bring herself to call it a marriage.

He waved his hands toward the paperwork she’d tossed at her feet. ‘Everything is explained in detail, Ms Grace.’

‘And how did you know my name, where to find me? Am I listed under
Morons R Us
or
Desperate Viticulturist
in the phone directory? Mr Beauchamp can’t buy a bride as if he’s ordering steak.’

Their server appeared with the appetizer Just James had ordered to go with her drink, but despite the delicious aroma and the young man’s bright smile, Riley couldn’t have eaten.

A normal woman of any age would be astonished, surely, and at least a little intrigued, Riley told herself, but she was and always had been one who questioned everything, trusted no one, and took nothing at face value. Doubt, suspicions, and precautions overrode any coquettish curiosity she might have had at being pursued. She didn’t care if Jacques Beauchamp was attractive, wealthy, and had promised her a small fortune to enter a marriage of convenience with him. The man was abominably arrogant, presumptuous, and downright weird to barter for a bride in this manner.

‘I’m certain my employer can assuage any misgivings you might have, Ms Grace.’ He tilted his head slightly and touched his right ear.

It was then Riley realised he’d been feeding her responses to someone — probably Beauchamp — during their entire meeting. Why hadn’t she seen the earpiece earlier? Or had she assumed it was a hearing aid?

Riley wavered between outrage and awe that the mysterious French-Aussie had been eavesdropping. She shot quick glances at every corner of the lobby. Where was he?

Her flesh goose-pimpled, and her breathing became shallow. How very
007
the situation had become, like a surreal action movie.

‘Might I ask what your reservations are?’ James dipped his head deferentially.

‘How much time do you have?’ Riley leaned forward as she ticked off a laundry list of reasons flooding her brain. ‘For starters, why me? Why didn’t he propose in person? I mean, I don’t expect hearts and flowers, or bended knee, but it’s rather rude of him not to show his face and to listen in on our conversation without announcing himself. This cloak and dagger aspect is spooky. How do I know he’s not some flesh trafficker who plans on selling me to a harem or farming me out as a prostitute?’

The old man looked shocked. ‘Where would you get such ideas?’

‘I read. I watch the telly on occasion.’

She studied James’s fashionable jacket pocket. ‘Is that where he’s hiding?’ She pointed to his earpiece.

James looked surprised, nodded. ‘I must return with your answer.’ He rose.

‘Then tell him thanks but no thanks.’

Riley stood as well and rigidly held her composure, folding her arms across her chest and not offering her hand in goodbye.

‘The telephone numbers and Monsieur Beauchamp’s room number are in the folder should you change your mind.’

He waited for her to leave first, but Riley held her ground. She stood until James turned, walked away, reached the elevator and stepped inside. Then her knees buckled and she sat hard back into the cushions of the leather chair she’d occupied. After picking up the discarded paperwork and setting it on the coffee table before her, she reached for the untouched martini with shaking fingers and gulped the liquid as if it were water.

‘Deep breaths, Riley. Deep breaths.’ She felt like an idiot talking aloud to herself, but just the calmness of her own voice helped steady her racing emotions. There was nobody near the front hotel doors to hear her anyway. ‘Steady, girl. If you leave now, you’ll fall flat on your face.’

Attempting to stabilise her thoughts, she mentally reviewed her week’s schedule. Monday, apply for job with Hunter Valley Vineyards. Tuesday, resume tracing her past in order to discover the family that had abandoned her. Wednesday...job interview with Cadigal Valley Vineyards rep. Ha. Some interview. Some job, for that matter. The letter she had received had said only that they sought someone with experience to test their soils before planting season began. Nothing was mentioned about the job entailing marriage.

She couldn’t wait to see what the rest of this extraordinary week might bring. One thought persisted in Beauchamp’s favour. He obviously had more and better resources than she did when it came to tracking people. If he could single her out amongst the millions of inhabitants of New South Wales, perhaps he might be instrumental in helping her locate her birth family.

‘Don’t be absurd.’ She gathered her purse and the folder of papers — wouldn’t do to have her personal information and that of the bonkers billionaire lying about. Shrugging into the light sweater she’d brought, she headed toward the south-west section of George Street.

A return to working class world — that’s what she needed. A speedy grounding with reality. She’d stop at her favourite news stand, buy a newspaper to look for more business opportunities within her field, jot some notes while sipping a much-needed mocha latte to take off the slight chill in the Australian autumn air, and regroup.

Jack hadn’t expected the diminutive spitfire he’d watched to immediately agree to his business plan, nor had he counted on the necessity of meeting her in person so early. How bloody inconvenient, when he had business meetings to attend, graphs and charts to peruse, and a new distributor to interview while in Sydney.

He studied the photographs his private investigator had taken of Riley Grace, so named when she was deposited at Sisters of Grace Orphanage and unable to give them any name but Riley. Obviously a free spirit, that one, with an open smile, free-flowing strawberry blonde hair, dark green eyes, and a smattering of tiny freckles.

She looked more like a schoolgirl than a young woman in her mid-twenties...and a university-graduated viticulturist at that. In most pictures, she wore jeans, sneakers, and tee-shirts. They’d been taken unbeknownst to her, at her last job site. She was a university-graduated viticulturist who preferred digging in the dirt, analysing soil samples and studying insects rather than handling the actual manufacturing of wine.

What happened to her twenty years ago? What if she wasn’t the missing heiress he thought her to be?

She was too damned independent and stubborn to be a Beauchamp bride and certainly too easy-going to be a Fitzgerald. Of course, the only Fitzgeralds he’d known had been the widow, Amelia, and her insufferable nephew by marriage, Patrick. Amelia’s other son, presumably Riley’s father, and his wife had died long before Jack moved from his vineyards in France to take over the Beauchamp role within the Australian winery.

She appeared engaging, hardly the sophisticated vamps he was accustomed to entertaining. She looked more sweet than hot-headed, but from what he’d heard of her conversation with James, the plan had “gotten her Irish up”, as his Australian mother might say.

Maureen Beauchamp had visited him the previous month and warned him of expecting one of her sister Aussies to simply tumble for him.

‘Son, these Australian Fitzgeralds are much like their American counterparts who married into the Kennedys, proud and industrious. They didn’t achieve their wealth by accident. If she’s a Fitzgerald, as you suspect, be wary if she’s too agreeable to your demands. She may teach even you a thing or two about charming someone to get what she wants.’

He remembered chiding her. ‘Demands? Mum, you make me sound like a bully.’

Her knowing smile had reassured him Maureen knew her eldest son well. ‘Just be polite — not an arrogant oaf. Mind your manners and anticipate being shaken up a bit, despite your polished reserve. Not that it wouldn’t do you good.’

Then she had laughed. ‘Oh, I wish I could be here to watch the two of you. Whenever one of you bloody Frenchmen engages in a battle of wits with an Irish girl — an Aussie at that — there are loads of fireworks. I should know. I married one of your sort.’

‘It’s business, Mum, and you know I’m good at sealing the deal.’

Maureen had looked sad. She’d leaned against his desk and pursed her lips before shaking her head. ‘Marriage a business? Hmm. Perhaps, but, son, women have these infernal little things called emotions, and we don’t lend our minds, bodies, or souls to anyone unless our emotions are triggered. Just be sure you apply the right tactics to solicit the emotional responses you want.’