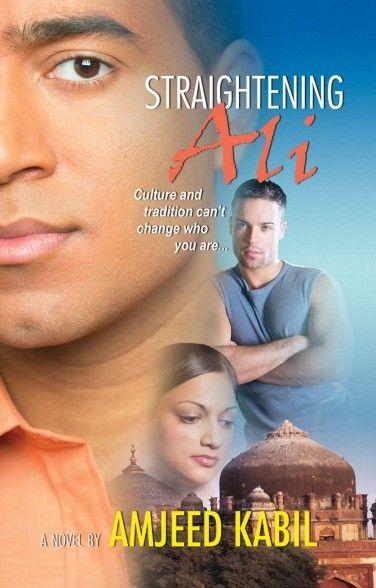 This book is a work of fiction. Names, characters, places, situations and incidents are the product of the author’s imagination or are used fictitiously. Any resemblance to actual events, locales, or persons, living or dead, is purely coincidental. All rights reserved, including the right of reproduction in whole or in part in any form.

Published in the United States

Printed in the United States

Many thanks to graphic artist John Nail for the cover design. Mr. Nail may be reached at: [email protected]

Book and text design by Milton Stern. Mr. Stern can be reached at: [email protected]

“
We’ve been waiting so long for you to get married, but as you don’t seem to want to make an effort, we’ve gone ahead and arranged your wedding for you,” Ali’s mother said, kissing him excitedly on both of his cheeks, while gripping him tightly in a bear hug. Meanwhile, Ali’s older brother and sister, Yunus and Yasmin, looked at him intently with the same self-satisfied smug expressions plastered on their faces.

“
What?” Shock was the only way to describe Ali’s reaction. His voice seemed to fail him, and his breathing was uncomfortable. “You’ve arranged my wedding?” he said, struggling to speak. “How? Why? Who?” he spluttered. His mother’s embrace suddenly felt claustrophobic, as if she were trying to take away his freedom, and he pushed her clinging arms away. Maybe it was all a joke. They liked sick jokes in the Mirza family.

“
Yes, aren’t you delighted that you’re finally going to get married?” his sister Yasmin exclaimed. “You’re always far too busy to even think about seeing any of the eligible girls that we want to introduce you to, so we thought we’d sift through the catalogue and pick out the good ones.”

“
Just imagine if we didn’t do this for you. All of the best girls would be gone, and you’d have ended up left on the shelf, alone without any children, or even worse, have to marry a divorcee! If it wasn’t for us sorting things out, you might have died without giving Ammi any grandchildren,” Yasmin beamed, showing her pearly white teeth and feeling proud that she had gone beyond her sisterly duty and done him such a huge favor. Somehow she managed to ignore or misunderstand the stricken look on Ali’s face.

“
We’ve even set the date for your wedding,” Yunus added, delighting in the look of disbelief on Ali’s face.

“
You’ve set a date for my wedding without even asking me? You’re all joking aren’t you?” Ali asked, trying not to sound too distressed. The thing he’d dreaded most was happening so suddenly, and he was living his worst nightmare.

“
You’re getting married in two weeks time, on November seventeenth,” Yunus said. He seemed to enjoy the anguish he was causing Ali. It was as if he still resented the fact that Ali had been born and taken away his position as the only cherished boy in the family.

“
Two weeks?” Ali said, his mind reeling. “It’s too soon,” he thought. He could feel a shadow over his head and a suffocating feeling envelope him.

“
We’ve very little time to arrange everything, but we’ll manage it. Ammi has lots of contacts,” Yasmin said grinning at Ali’s horrified expression, somehow still mistaking it for something else. “I have a photograph of your fiancée here somewhere. You must want to see what she looks like.”

She rummaged in the large multicolored wool handbag from Islamabad that she always carried with her and carefully pulled out a small silver picture frame, which she placed gently in Ali’s lap. “Here, don’t say we don’t do anything for you. Her name is Sajda. Isn’t she beautiful? Ammi thinks she is beautiful,” she said, referring to their mother, who was now sitting happily next to Ali.

Ali still couldn’t believe that his family was doing this to him. How could they find a girl, fix a date, and not even mention it to him? Why hadn’t he suspected that this plan was being hatched? They had been so nice to him lately, and even Yunus had made some attempts to be pleasant. In hindsight, Ali realized that he should have made some plans for this very moment, but he had never foreseen that he would be confronted by a marriage proposal in this way.

“
Ahhh Sajda. She is so light skinned, like a goree. She’s twenty years old, only four years younger than you,” his mother said.

“
Twenty is hardly an age to get married,” Ali thought, unable to find his voice. He still felt dumbstruck and unsure of how to respond. He couldn’t bring himself to look at the photograph, knowing that in doing so, it would make the absurdity of his situation all too real.

“
A husband should always be older than his wife. Your father was fourteen years older, so this is nothing,” Ali’s mother murmured wistfully. “Ah, your father and I were so happy. I was only fifteen when we married. It was the happiest day of my life. We had never met before the wedding day, but the moment I met him, I knew I was in love.”

There was no more avoiding it. It was really happening. Maybe he’d feel differently if he saw her face. Ali looked at the photo frame lying in his lap and tried to ignore his mother reminiscing about his father. She had a habit of doing this sometimes, usually as a ploy to distract from what was really going on.

The photo frame held a color studio portrait of a young girl dressed in traditional Pakistani clothes, a green salwar and kameez suit. It was embroidered at the collar with small swirling patterns, and her head was covered in matching sequined dupatta in true Pakistani style. The girl was smiling almost shyly into the camera. She had the most striking and beautiful brown eyes that were accentuated by a line of dark kohl running along her eyelids. She wore some red lipstick, and at the side of her mouth, she had created a fake beauty spot. The attempt to look traditional failed if you looked closely enough. Ali noticed that on her feet she was wearing the tallest high-heeled shoes he’d ever seen.

Ali clutched the frame tightly in his hands, his knuckles showing white with the strain. He was unable to believe what he’d just been told. He wondered why the girl in the photograph had agreed to marry him. It was clear from looking at her that she was determined to impress whoever looked at the photograph, but it did not have the desired effect on Ali. All he felt was indifference.

“
I’m from a different generation, Ammi. My generation makes its own choices. I won’t be another statistic who has a failed arranged marriage. I am not getting married.” The words that Ali had been trying to say were finally out.

“
On my wedding day, I wore the most beautiful red sharara with a wonderful hand stitched dupatta to go with it. When your father saw me, he said he knew that he would love me forever,” his mother continued, oblivious to Ali’s statement.

“
She’s a virgin. Her dad said he guaranteed it. He just came out with it. Even Ammi was embarrassed,” Yasmin said smirking. “She was going to ask Sajda’s mother the question a little more discretely. I’m sure he would have given us a certificate from the doctor if we’d asked for it.”

“
I’d give her one,” Yunus said under his breath, making sure that only Ali heard. He glanced appreciatively at the picture frame. “She wouldn’t have been a virgin for long if she’d met me first.”

“
Stop! All of you stop!” Ali’s words just came out. He didn’t know where he had managed to find the strength to verbalize his thoughts. “How can you arrange my wedding without even asking me? We’ve never discussed it. None of you have even mentioned it to me before,” he screamed, slamming the photo frame angrily onto the floor. The frame managed to bounce across the laminate floor without shattering, the face on it unmarred by the attack. “We’re not living in Pakistan, we’re living in England. You can’t do this to me. You’ve not asked me what I want.”

“
Ali, we don’t need to ask you anything. Your wedding has been arranged because it’s part of our custom and religion. It’s the parents’ Islamic duty to find their child a partner to marry so that they can procreate,” Yasmin said, as if explaining it to a disobedient child.

Flirting With Danger by Suzanne Enoch
Assault or Attrition by Blake Northcott
The Sweetest Dark by Shana Abe
The Road to Little Dribbling by Bill Bryson
Stay With Me Tonight: A Drake Brothers Series (PART 1) by Whitney D.
Zachary David Productions by Gina Watson
RENDEZVOUS IN BLACK by Max Gilbert
The Purification Ceremony by Mark T. Sullivan
The Waking Dreamer by J. E. Alexander
The 5th Witch by Graham Masterton