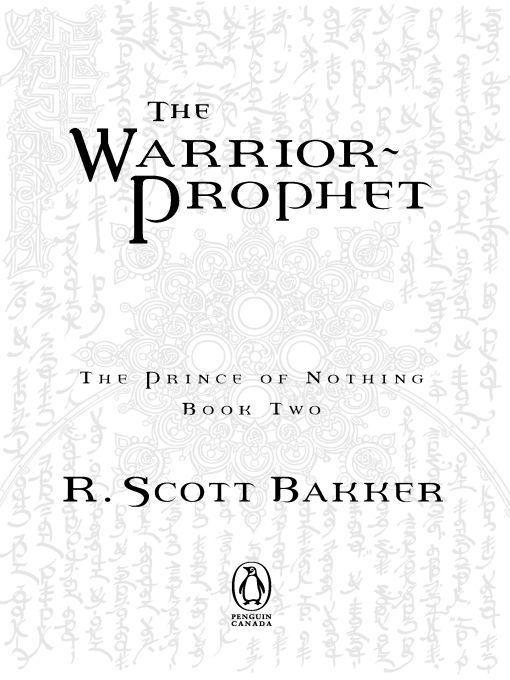 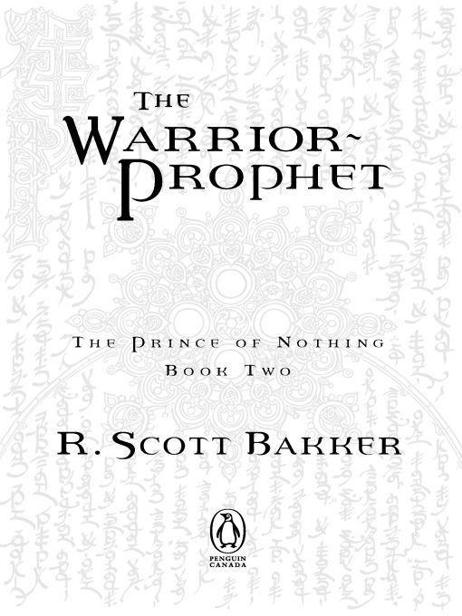 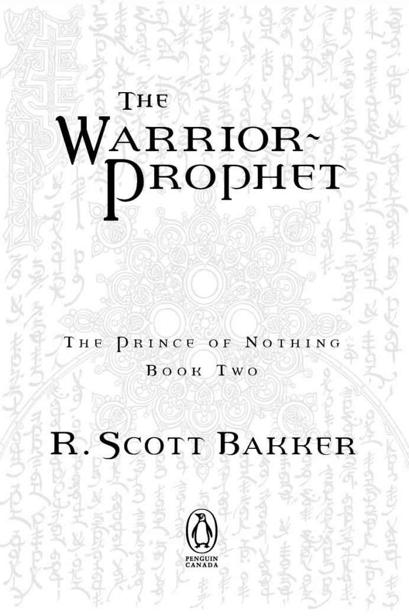 my brother, both of heart and vision
Acknowledgments
Since I had over fifteen years to write
The Darkness That Comes Before,
I really had no idea what I was getting into when I committed to finishing
The Warrior-Prophet
within one year. I had thought a year was a long time, but now, after watching the seasons flicker past my window quicker than commercials, I know better. As a consequence of my miscalculation, I inadvertently complicated the lives of all those around me, both professionally and personally. Never have I been so indebted to so many. I would like to thank:
First and foremost, my fiancée, Sharron O’Brien, for her love, support, and brilliant critiques.
My brother, Bryan Bakker, for giving me more great ideas than I care to admit!
My agent, Chris Lotts, and the wonderful crew at Ralph M. Vicinanza Ltd.
My family and all my friends, for forgiving me my frequent absences—and for recognizing my voice those few times I called.
My students at Fanshawe College for cutting me slack when my dead-lines loomed large.
Michael Schellenberg for his instincts, Barbara Berson for her positively biblical patience, and Meg Masters for her editorial genius. I would also like to thank Tracy Bordian, Martin Gould, Karen Alliston, Lesley Horlick, and the whole Penguin Canada family.
Wil Horsley and Jack Brown at for their tremendous and talented support.
Ur-Lord, Mithfânion, and Loosecannon for putting the virus in viral marketing!
And, of course, Steven Erikson, for kicking open the ballroom door.
For those interested in exploring Eärwa beyond the boundaries of these covers, you can visit
www.princeofnothing.com
or Wil and Jack’s message board at
www.three-seas.com
.

Here we see philosophy brought to what is, in fact, a precarious position, which should be made fast even though it is supported by nothing in either heaven or earth. Here philosophy must show its purity as the absolute sustainer of its laws, and not as a herald of laws which implanted sense or who knows what tutelary nature whispers to it.

—IMMANUEL KANT,
FOUNDATIONS OF THE METAPHYSICS OF MORALS 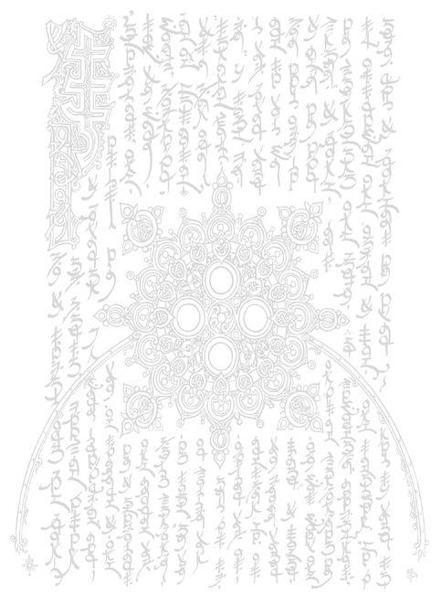 What Has Come Before …
The First Apocalypse destroyed the great Norsirai nations of the North. Only the South, the Ketyai nations of the Three Seas, survived the onslaught of the No-God, Mog-Pharau, and his Consult of generals and magi. The years passed, and the Men of the Three Seas forgot, as Men inevitably do, the horrors endured by their fathers.
Empires rose and empires fell: Kyraneas, Shir, Cenei. The Latter Prophet, Inri Sejenus, reinterpreted the Tusk, the holiest of artifacts, and within a few centuries the faith of Inrithism, organized and administered by the Thousand Temples and its spiritual leader, the Shriah, came to dominate the entire Three Seas. The great sorcerous Schools, such as the Scarlet Spires, the Imperial Saik, and the Mysunsai, arose in response to the Inrithi persecution of the Few, those possessing the ability to see and work sorcery. Using Chorae, ancient artifacts that render their bearers immune to sorcery, the Inrithi warred against the Schools, attempting, unsuccessfully, to purify the Three Seas. Then Fane, the Prophet of the Solitary God, united the Kianene, the desert peoples of the southwestern Three Seas, and declared war against the Tusk and the Thousand Temples. After centuries and several jihads, the Fanim and their eyeless sorcerer-priests, the Cishaurim, conquered nearly all the western Three Seas, including the holy city of Shimeh, the birthplace of Inri Sejenus. Only the moribund remnants of the Nansur Empire continued to resist them.
Now war and strife rule the South. The two great faiths of Inrithism and Fanimry continually skirmish, though trade and pilgrimage are tolerated when commercially convenient. The great families and nations vie for military and mercantile dominance. The minor and major Schools squabble and plot, particularly against the upstart Cishaurim, whose sorcery, the Psûkhe, the Schoolmen cannot distinguish from the God’s own world. And the Thousand Temples pursue earthly ambitions under the leadership of corrupt and ineffectual Shriahs.