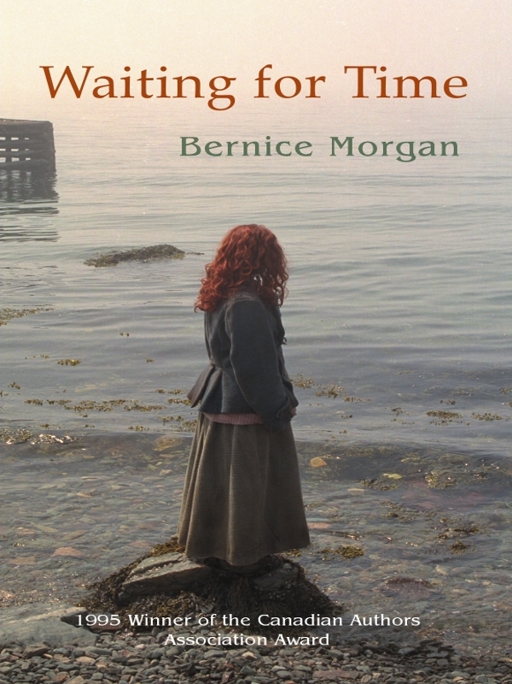 The Publisher gratefully acknowledges the financial assistance of The Canada Council
.

The Publisher acknowledges the financial assistance of the Cultural Affairs Division, Department of Municipal and Provincial Affairs, Government of Newfoundland and Labrador which has helped make this publication possible
.

ALL RIGHTS RESERVED
. No part of this work covered by the copyright hereon may be reproduced or used in any form or by any means—graphic, electronic or mechanical—without the prior written permission of the publisher. Any request for photocopying, recording, taping or information storage retrieval systems of any part of this book shall be directed in writing to the Canadian Reprography Collective, 379 Adelaide Street West, Suite Ml, Toronto, Ontario M5V 1S5. This applies to classroom usage as well.

This book is dedicated to young Newfoundlanders
who must go away—especially to my own children
Greg, Jackie and Jennifer. May you all find that a
going away can be a homecoming.

“Random Passage
is a great Canadian story. It is a wonderful mixture of love, power, forgotten pasts and missed opportunities. It paints a picture of outport Newfoundland as a unique place, while at the same time illustrating experiences typical of frontier life everywhere.
Random Passage
is an unforgettable and thoroughly entertaining book.”

“
Random Passage
is a rich and exciting novel. The writing is passionate but understated, never slipping—as it easily could with such subject matter—into sentimentality, romanticism, or melodrama. In contrast to the starkness of the setting and the lives of the people, there is a restrained sensuousness in the description: textures, colours, shapes and smells are powerfully evoked…. Besides all that, it is a great read.”

“This chronicle of an isolated family's struggle to carve out a life along the rugged shores of Newfoundland's Bonavista Peninsula in the early 1800s is impressive: it unfolds its powerful scenes of human privation and elemental violence with a sure sense of time and place.”

“In
Random Passage
we are greeted with the work of an accomplished novelist. This is a story of human frailty and human courage. It is the story of the people who look out at us from the dusty photographs and the glass plates of the archives.”

“
Random Passage
, the first novel from Newfoundland writer Bernice Morgan, is a fascinating—and frequently horrifying—glimpse into the lives of some of the bravest of Canada's early settlers.…Morgan writes with convincing authority about the period, and the dialogue in particular, in evocative and colourful dialect, is wonderfully realized.
Random Passage
is no pastoral idyll, but it has the ring of truth to it. Given that, it's a miracle this country got settled at all.”

Susan Sutton,
The Globe and Mail
.

“
Random Passage
is one of those small-press gems that do not get much notice outside their own regions, but which tell fascinating stories about this country. This is a life-affirming story in spite of the hardships it portrays. A compelling novel…a hard book to put down.”

“Home soon. Tied up in St. John's. Cargo on board. Waiting for time.”

“We'um just waitin' for time, maid. Just waitin' 'til our ship comes in.”

“I'm getting married today,” my mother says. She smiles into the heart-shaped mirror above the bureau.

I am behind her, sitting on the bed we share in the big upstairs room of the Petrassi house. My mother has dressed me in the eyelet blouse and cord jumper I wore on my first day of school. It is springtime, but still cool in Ottawa—probably the Easter holidays. Hoping my mother will keep talking, I smile and nod. She does not notice. She is studying her own reflection, coldly, appraisingly. She makes a little sighing shrug, lifts her face to the mirror and begins to dab at her lips with a tube of colour. Her movements, usually so quick and sure, are hesitant. She does not like makeup and seldom wears it. People should be themselves, my mother says.

I grow tired of watching her and lean forward to admire my dazzling white socks and shiny t-straps, the first strapped shoes I've ever had. I am very proud of them.

I know what married is. Randy Petrassi got married last summer. Audrey and I threw rice into Randy's and Donna's faces as they ran down the steps of St. Kevin's. Afterwards there was a party in the front room which Mrs. Petrassi and my mother had decorated. They had covered the table with a pink cloth, tied pink and white balloons to the light fixture above the table and draped pink ribbon out to the corners of the room.

The bride's parents and grandparents, along with all the Petrassi relatives, aunts and uncles, a baby cousin, two grandfathers and one grandmother, came to the wedding. There was only room at the table for Randy and Donna and the seven grandparents. The rest of us stood around. Mrs. Petrassi gave everyone cake on her good plates and Donna's mother passed the grown-ups drinks in glasses with stems.

Mr. Petrassi played his accordian and we all sang

When you are king dilly-dilly,

I'll be your queen.

Even my mother sang, looking so foolishly young that I felt uneasy and edged my way between dark suits and flower splashed dresses until I could touch her. After the singing there were more drinks for the grownups, ice-cream sodas for us children and presents for Randy and Donna.

Then Donna went upstairs and took off her lacy bride's dress and put on a pale blue suit—lavender blue, I thought—because she and Randy were taking a train to Timmins where he had a job. When the taxi came all of us went outside to see them off, everyone milling around on the sidewalk, close together, smiling and getting kissed. Audrey and I squealing and throwing more rice we'd found in the kitchen. The boys trying to hang tin cans onto the bumper of the taxi until the driver made them stop. The uncles shaking hands and patting Randy on the back and the aunts hugging everyone—even me. It had been wonderful there surrounded by Audrey's family, all of us waving and happy as the taxi pulled away.

Dangling my feet from the edge of the bed, I watch reflections dance across the toes of my shoes and wonder if my mother is going to have a wedding party. I'd like that. Will Audrey and I be given rice to throw? Will there be cake and ice-cream afterwards? My mother and I don't have relatives—who will come? Most of all I want to know who my mother is going to marry. Will she go away? If she goes will I go too? I like school, like living in the Petrassi house with Audrey as my best friend. I really don't want to go away.

The Lost Highway by David Adams Richards
Fairytale chosen by Maya Shepherd
Coastal Event Memories by A. G. Kimbrough
Dark Ink Tattoo: Episode 2 by Cassie Alexander
Grave Concerns by Rebecca Tope
Catch a Tiger by the Tail by Charlie Cochet
Beneath Wandering Stars by Cowles, Ashlee;
Realm of the Goddess by Sabina Khan
Jodi Thomas by In a Heartbeat
The Summer I Learned to Dive by McCrimmon, Shannon