Read Without a Mother's Love Online

Without a Mother's Love 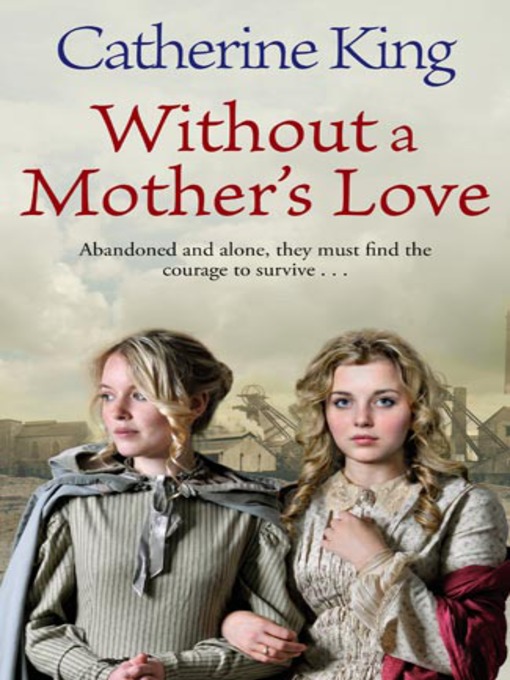 Olivia Copley is a feral child who has been starved of affection, but it is Miss Trent, her new governess, who has known real hunger and hardship. Meanwhile Hesley Mexton is committed to saving his failing coal mine and safeguarding his grandson’s future at any cost. As Olivia matures it seems that even her friends are conspiring to rob her of happiness. But they underestimate her courage and her determination to fight for what she wants. This gripping story follows the misfortunes of two women as they endeavor to escape the lives forced upon them in the harsh environs of 19th-century Yorkshire.

Without a Mother's Love
CATHERINE KING

Without a Mother's Love
CATHERINE KING

Hachette Digital
www.littlebrown.co.uk
Published by Hachette Digital 2008
Copyright © Catherine King 2008
The moral right of the author has been asserted.
All rights reserved.
No part of this publication may be reproduced,
stored in a retrieval system, or transmitted, in any
form or by any means, without the prior
permission in writing of the publisher, nor be
otherwise circulated in any form of binding or
cover other than that in which it is published and
without a similar condition including this
condition being imposed on the subsequent purchaser.
All characters and events in this publication, other
than those clearly in the public domain, are fictitious
and any resemblance to real persons,
living or dead, is purely coincidental.
A CIP catalogue record for this book
is available from the British Library.
ISBN 978 0 7481 1103 9
This ebook produced by JOUVE, FRANCE
Hachette Digital
An imprint of
Little, Brown Book Group
100 Victoria Embankment
London EC4Y 0DY
An Hachette Livre UK Company
To the memories of Alice Ramsbottom Piper
and Edmund Humphrey King
Acknowledgements
I should like to thank the staff and volunteers of Rotherham Archives, especially Betty Davies of FoRA for helping me with the research for this story. A visit to the National Coal Mining Museum, once a working pit in the West Riding of Yorkshire, gave me an unforgettable underground experience. Thanks, also, to Sheila Garrity (now Whitehead), my old school friend from Rotherham High, for telling me about Epworth Rectory, the home of the Wesley family, and to the helpful staff at the museum there. Finally, special thanks to my agent Judith Murdoch, my editor Louise Davies, and all the team at Sphere, notably Emma Stonex and Alex Richardson, for their constant friendly and good-natured support during the writing and production of the finished book.