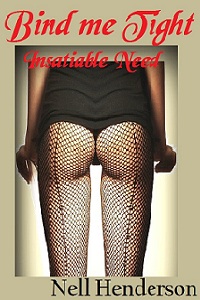 Names, characters, businesses, some places,
events and incidents are either the products of the author’s imagination or
used in a fictitious manner. Any resemblance to actual persons, living or dead,
or actual events is purely coincidental.

Jessica was
driving far too fast along the narrow country lanes but she was late.

Late, nervous and very flustered and the new high
heel shoes she had on her feet kept slipping off the pedals.

All this haste and anxiety because Darren had
had decided tonight was the night she met his parents.

But why did it have to be a week night and
why couldn’t they have met at a restaurant in town and not out here in the
middle of nowhere?

His face had been glowing with excitement.

He’d wanted his parents to meet her for ages
now – it would embed her in their minds and help to make them see that he was
serious about the girl.

“They want to
buy us dinner at some award winning place out in the sticks.

And they seem genuinely interested in our
plans for the future.

So make an effort
and please, please be on time,” he’d remonstrated with her knowing that
punctuality wasn’t her best attribute.

Jessica shook
her head and peering through the windscreen at the dark sky and black road in
front of her growled with frustration.

She was never going to make it on time – not now.

But she had
tried, of course she had.

She didn’t do
this sort of thing deliberately and she knew how important it was to Darren.

But at the last minute her cat, Mog, had
returned home with a gashed paw, thrown up and covered the dress she’d bought specially
for the occasion in blood and vomit.

So with
having to find something else to wear, change and placate the cat she was late.

But there was no way Darren would understand
any of that – he’d just be mad and think she’d done it on purpose.

Jessica rounded
another bend and could see the blaze of light from the country pub in the
valley below – nearly there - only minutes now and she could relax.

She hurled the small sports car left at the
next junction a little too fast.

The car
swerved sharply and before she could regain control she saw it but it was far too
late.

There was something in the road
just in front of her, a shape, large with flashing lights – another car.

Jessica immediately slammed on the brakes and
slithered to a halt.


She skidded forward clutching the steering
wheel tight and bracing herself for the impact and then it happened – a sharp
jolt and the sickening crunch of metal on metal.

What had she
done?

What had possessed her to drive along
these unfamiliar roads like a lunatic?

It was dark and she’d gone at breakneck speed with no thought of the
danger.

She’d never make it now – she
could hear footsteps, someone was coming towards her – now there’d be
paperwork, profuse apologies and police.

Oh God, she thought beginning to shake – how do I get out of this?

“Are you
hurt,” a deep, male voice asked through her cars half open window?

“I don’t know,”
Jessica replied shaking her head at the tall figure opening the door of her
car.

“But I’m probably fine – shaken up
that’s all.”

“I’m not surprised,”
he agreed scornfully.

“Come and take a
look at the damage you’ve done,” he instructed taking her arm and helping her
to her feet.

He was big and
strong and effortlessly lifted her out and pulled her through the inky darkness
to his car.

The damage to his vehicle was
extensive and illuminated in all its glory by what was left of the bright head
lights of her own vehicle.

Jessica’s
heart hammered in her chest.

God this
was awful – this was no cheap, run of the mill motor she’d smashed into.

This was a top of range expensive limo and
she’d practically destroyed its rear end.

She looked up at the owner, he was young, expensively dressed – money,
she thought.

This one is wealthy so
he’ll have lawyers to call on and they’ll take her to the cleaners.

“You don’t do
things by halves – do you,” he noted dryly?

“The damage will run into thousands – what do have to say about that?”

Jessica swept
her long, dark hair off her face and sobbed.

“I’m sorry,”
she stuttered looking up into his face for the first time.

“I’ll give you my insurance details,” she
mumbled wiping a tear from her cheek.

I’ve not
travelled this way before and Darren will be waiting and he won’t understand,”
she sobbed again and took the hankie he offered her.

She wasn’t the
only one delayed tonight.

But he
couldn’t be too hard on her she was obviously shaken up and emotional.

He sighed and looked down at the dishevelled
girl.

Despite the tears, the smeared
make up and the half light he could see that she really was quite something to
look at.

Long, dark hair swept across
her shoulders like a glossy curtain and she had a superb figure.

He particularly liked her breasts - they were
shown off to advantage by the low cut dress she was wearing.

And they were large – they’d be wonderful to
cup in his hands – to knead hard while she lay naked and much more.

And probably because of all the shock and
emotion, he could see both her nipples showing erect and taut through the flimsy
fabric.

Nipples to have fun with he thought
watching them move as she did.

How would
she react if she knew what was on his mind, he wondered licking his full lips, loosening
her arm and letting his hand slide to her waist?

“Insurance
details – is that all you can offer me,” he asked?

“Weeks of waiting for assessors and for the
corporate wheels to grind around before they finally pay out.”

He shook his head.

His tone was
softer now – sexy even -
and his arm is around
your waist
.

Reluctantly Jessica
wriggled free of him and retrieved her documents from the glove box of her car.

“I had a bit
of a bump a couple of months ago – nothing major you understand so it should be
fine.”

“And they paid
out?”

“Well yes, off
course – isn’t that what we pay premiums for.”

“And the
premiums you pay – what do you imagine will happen to those after this?”

“That’s my
problem, not yours so for now let’s just get this sorted out,” she told him
while flicking through a folder of paperwork.

“Here you are
everything you should want,” she said handing him a document.

“Please – just get what details you need to
claim for the repairs and then we can wind this up,” she said glancing at her
watch.

The time was rolling by and she
could only imagine the state Darren would be in by now.

Perhaps she should ring him.

“You won’t get
a signal out here,” the man confirmed watching her retrieve her cell phone from
her bag while studying the policy.

“Darren will
kill me,” she moaned.

“I’m supposed to
be meeting his parents tonight – down there,” she said pointing to the lights
in the valley below,

“I think we
have a problem, Miss Hall,” he decided after re-checking the paper, copying down
her name and address and then handing it back to her.

“That can’t be right – they
didn’t contact me,” she replied and then groaned and closed her eyes.

What am I going to do,”
she wailed.

“There’s no way I can afford
to pay for the damage myself,” Jessica told him with another sob.

Tonight was just getting worse and worse

“In that case
we’ll have to find another solution,” he suggested smoothly.

Jessica sobbed
again and looked up at him.

She’d no
idea what sort of solution he was talking about but he didn’t seem to be as angry
about the accident as he should be and that was odd.

“Well whatever
we do we can’t stand out here all night.

I’ll push your car onto the grass verge and give you a lift.

If you want I’ll have your car towed in along
with mine tomorrow sometime,” he offered.

For the first
time he smiled at her.

Jessica nodded
her agreement and watched as he effortlessly pushed her small car to the side.

“Give me the
keys,” he asked rubbing his hands together.

“Now, our lift should be here any moment so in the meantime we can wait
in my car,” he told her pointing to the passenger seat.

Jessica didn’t
argue and she sat down to wait for the lift he’d somehow managed to arrange and
wondered just how she was going to sort this one.

“Look what are
you going to do – if it’s not going to be the insurance company then I have a
problem?”

You’ve got one huge
problem.


Because I’m afraid – I do intend to make you
pay.”

Then seeing her horrified
expression he smiled again.

“But not in
the way you think – I don’t want money, not a penny.

In fact I’ll even get your car fixed with
mine and I’ll pay for that too.”

Jessica didn’t
understand – why would he do this?

Still
she smiled back at him nervously, perhaps this was just what he was like.

But it was freaky – if it wasn’t money then
what did he want?

The possibilities
rattled around her brain for a few seconds before ending in a dark sizzle of
excitement in the pit of her stomach.

“You don’t
have to do that.

I’m sure Darren knows
someone who’ll do it cheap,” she assured him hastily.

I drive a very high
end car and anyway that’s not what we agreed,” he replied firmly.

But I didn’t
actually agree to anything.

I mean you
haven’t said what you want yet,” she reminded him.

“Don’t worry I
will once I’ve thought about it, Miss Hall.

But for now all you need to know is that you’ll pay by responding to a
number of requests from me.

All you have
to do is be sure to follow my instructions to the letter.

Jessica nodded
but she’d no idea what he was on about –
requests
– what did that mean?

What was he going
to request her to do?

He lifted up
her chin and gently dabbed the remaining streaks of mascara from her cheeks
with a hankie.

Now she looked at him –
really looked at him and realised with a jolt of something weird down her spine
just how gorgeous he was.

And as her
appraisal of him continued each touch of his fingers sent a tease of something
hot down her spine.

He was young,
handsome and obviously rich – his clothes, his car and the gold watch on his
wrist told her that.

Despite Darren
waiting patiently somewhere for her this was a man she could like – and like a
lot.

Boss Me by Lacey Black
Where You Are by Tammara Webber
Duncton Tales by William Horwood
Sookie 06 Definitely Dead by Charlaine Harris
Eternal Mates 7 - Taken by a Dragon by Felicity Heaton
Ice Angel by Elizabeth Hanbury
Boss Me Good (Boss Me #1) by Eva Grayson
Santa (Maybe): A Rom Com Novella by Bex, Alice
His Distraction (Assured Distraction Book 2) by Thia Finn
An Antic Disposition by Alan Gordon