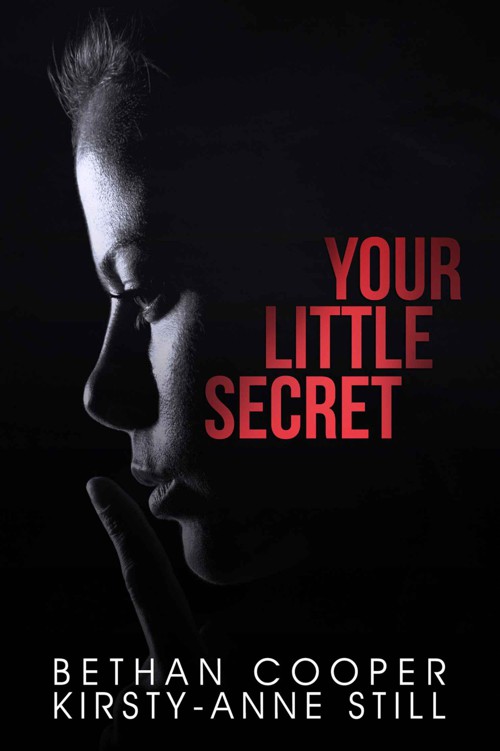 All rig
hts reserved. Please keep this book in its complete original form with the exception of quotes used in reviews. No alteration of the contents is allowed. No part of this publication may be reproduced, stored in a retrieval system, or transmitted by any means – electronic, mechanical, photographic (photocopying) recording, or otherwise – without prior permission in writing from the author.

This book is a work of fiction. Names, places and incidents are either the product of the author’s imagination or are used fictitiously, and any resemblance to actual persons, living or dead, business establishments, events or locales is entirely coincidental.

So
we have decided that this book was our own dedication to each other, to our friendship, and to what has really become our lives since we first met.

We have met in real life, but we started talking online. She knows this, but she honestly took my mind off so much stuff. It was refreshing having someone asking me how my day was every day. It was what I needed, and she gave me that friendship I'd longed for, for so long.

So this is to you *Holds up wine glass* to our friendship, my Boss Screamer, our lifelong
friendship.

Beth, w
hen I decided to self-publish I never imagined in my wildest dreams, I’d be co-writing literally weeks after!! Yet it happened and I wouldn’t regret it for the world. Now I have, not only someone to throw ideas at, or someone who supports me like no other, but I have someone who is there for more than just the writer in me. Thank you, Beth, for allowing me to find a best friend, partner in crime, and someone else who truly believed in me.

A Fire That Burns

Watch What Burns
– SEQUEL to ‘A Fire That Burns’

The Runaway Viper – Book two in The Series

Pushing her hand across the crumpled bed sheet, Amber felt her heart falter in its rhythmic beating. Connor hadn’t even left yet, but already he felt a million miles away from her. Closing her eyes to forbid the thoughts, she deepened her breathing and attempted to meditate her woes. In not even a few short hours she would be watching the man she loved leave her, and she would be left here, alone and cold at night.

The worst part of it all was she knew she couldn’t stop him. She wouldn’t stop him. Selflessly she had said they would survive the distance. That distance wouldn’t matter to them because their love was strong. He was her everything and that was enough until she could be reunited with him. Even that optimism didn’t stop the doubts from battling her conscious mind.

Knowing that he was leaving so soon into their relationship made her feel such self-doubt and fear. He was everything you could ever want to imagine, so close to your wildest dreams. His shaped and defined body that could seduce most women, they literally begged at his feet. His strong jaw line was stroked with stubble, his soft green eyes contrasting with his black hair that fell against his forehead in soft lines.

She closed her eyes at the memory of him when she heard the shower turn off. He wandered out of the bathroom, his hair stripped back over his head. Water found its way through the junction of his abs and finding the towel to soak up the moisture.

She watched him as he wandered around their bedroom looking for his suit.

"I ironed it for you. It's downstairs," she said with a smile, the bed sheet wrapped against her naked body.

"Thank you, baby," he whispered a sad smile defining his features. His eyes capturing her as a memory, his heart locking her away as a keepsake, knowing he would have to leave her behind.

"Hey," she whispered and tapped the bed next to her. He sat back and sheltered his eyes with his forearm.

"I can't believe I'm leaving you," he sighed, and his body shuddered slightly, as if he was trying to stifle his heaving tears from being expressed in front of her.

She gently tipped her head back to look up at the dampened ceiling of their cheap Yorkshire cottage. A smile spread across her lips, and she threw a pillow against his face playfully.

"You're in for it now," he said, pinning her arms to the bed, watching her struggle against his strong heavy muscles. Her features were simple, yet unique. He scanned her body from her thick, brown hair down her curvaceous frame, his eyes lingered for a moment, adding to the memories. He gently moved the sheet away and watched as her naked body came into view and he cursed himself for leaving such a beauty behind. “I’m going to miss this,” he told her as he covered her body with his.

“Miss the house falling apart you mean?” she asked him teasingly. “Miss the kitchen sink leaking, the creaky stairs, and this old rickety bed?”

“You,” he murmured softly, and leaned down, his lips touching her soft, plump lips. He elicited the arousal as his hand ran down her body, moving her slightly so he could slip between her legs and found himself with the best goodbye possible. “I’m going to miss you.”

Her breathing hitched in that moment. Those green eyes that had mesmerised her only a few months ago, were once again bringing back the familiarity of her heart beginning to race, thrashing against the confines of her chest, begging for freedom. She loved how his fingertips still left a feeling of being burnt on her skin, lingering their touch long after their absence. She fell for the way he gave a slight sideward smirk when he was acting on intent, and right now, he was. The press of his penis on her thigh told her exactly what his intent was.

Then it hit her, and her heart ceased its racing, no longer wanting its freedom – this was their final goodbye.

"I think I'll miss you too," she whispered as he took her bottom lip between his teeth and pulled back gently.

As he released her lip, he caressed it with his tongue and watched as her body came to life. He moved his hand from her cheek, his fingers lightly touching her skin, goose bumps forming in their wake, skimming across her ribs, down her thigh against her pale flawless skin. His lips still worked against hers as he moved his fingers to familiar territory.

"I'm so going to fucking miss you," he stuttered emotionally, as he crashed his mouth on hers once more. His fingers worked at her tiny ball of nerves, stroking and rubbing softly and then gently circling. Her back was arching in response, and he couldn't stop the satisfied grin from appearing on his face.

"I'll miss the way you do that," she whispered and leaned up to run her tongue along his ear and bit the lobe gently. His groan came from deep within and she couldn't help but feel the sexual tension rise and become desperate with each heartbeat. “I need this. I need you,” she whispered at him, begging, pleading with him to just give her the satisfaction. In reality, her body needed to feel him here for just a little while longer. She needed to prolong his leaving as much as possible. She needed him not to go.

“This is it,” he mumbled at her, his breathing hitting her skin with each new exhale. “This.is.it,” he punctuated each new word just before he penetrated her hot core. He held her as she gasped in pure rapture as the thrill of him filling her shot across her body.

She hadn’t missed the words, nor had she tried to not see the double meaning. This was it, their last moment of intimacy for God knew how long, and even though her body responded to his heavy, hard thrusts, her mind was conspiring against her, allowing her to enjoy this intimacy while also reminding her that this – was – it.

She watched his face fill with emotion as he made love to her. His still damp hair tickled across her face. He took her by surprise as he lifted her onto his lap, the sheet falling away from her body, just their naked torsos flushed against one another.

"You'll always be the one for me, just you," he whispered into her ear as he filled her aching core once more.

"I can't let you leave me," she muttered through her heavy breaths, her orgasm closing in fast. She pulled at his hair, his heavy groans battling against hers among the cold air that surrounded them. Her fingernails dug in harshly against his strong back, her head resting against his shoulder as she grinded against him.  The thoughts of not having this for such a long time betrayed her mind in such a serious act. She felt the tears come fast and unbidden to her eyes, running their tracks.

"I'll still be here, in here," he whispered against her mouth and cupped her cheeks with his hands, "In your heart." He helped her find herself again, and felt his own pressure build within, and tried to hold it back. He pulled her mouth to his and let his tongue caress hers, working against it in simple soft strokes.

How could he leave this beautiful woman behind, who welcomed him into her home, and let them fall in love? Yet, now here he was making love to her, for the last time. His emotions were scattered against the wind, his masculinity flawed as she brought out all of his raw emotion in this moment.

She murmured sweet nothings in his ear and let him work her until her orgasm took over, the ecstasy cursing her veins, travelling through her body, until she tipped her head back in full pleasure as her body convulsed in one last thrust.

As his hands tightened on her a little, she knew he had just reached his climatic high and joined her in the afterglow. Slowly, he pulled her back to him, her head falling onto his shoulder and she began to unravel entirely. She might have just found a sweet reunion with his body, but they were parting and she found it her undoing. Her need had been her killer. She had wanted him so bad, but in doing so, she had blackened her heart knowing that he was now closer to leaving, that this moment was their last, and she had to accept it.

Biting down on her lip she tried to stop the sobs from crawling out of her throat, she tried in vain to keep them from building up, but when she hiccupped, she realised his hold on her tightened even more, becoming protective and safe guarding her more than ever. How would she survive without this? Where would she find tenderness when she needed it? What would she do when his green eyes weren’t the first to meet hers?

Murder Most Austen by Tracy Kiely
The Starkin Crown by Kate Forsyth
Meeting Trouble (New Adult Rock Star Romance) by Rollins, Emme
A Dangerous Fortune by Ken Follett
The Flight of the Griffin by Gray, C.M.
Hell Calling by Enrique Laso
Will the Real Raisin Rodriguez Please Stand Up? by Judy Goldschmidt
City of Secrets by Elisabeth Kidd
Kiss Me If You Can by Carly Phillips
Spells and Scones by Bailey Cates