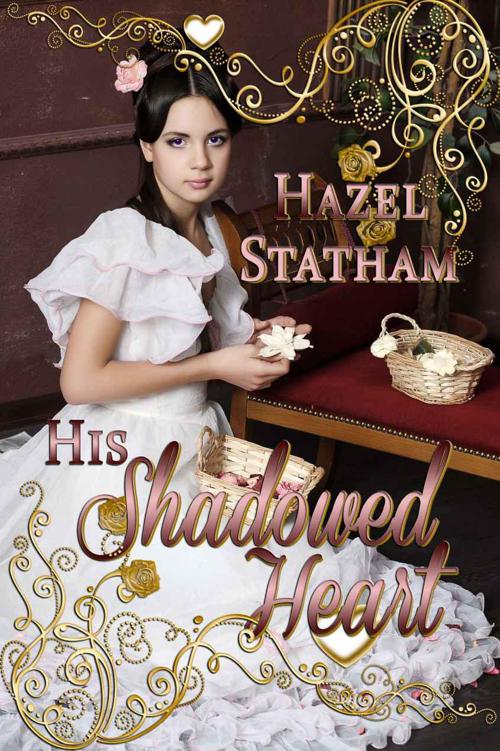 All rights reserved. Without limiting the rights under copyright reserved above, no part of this publication may be reproduced, stored in or introduced into a retrieval system, or transmitted in any form, or by any means (electronic, mechanical, photocopying, recording, or otherwise) without the prior written permission of both the copyright owner and the above publisher of this book.

To my daughter, Clair, son-in-law, Karl, and grandson, Daniel, with my love.

“I see not the necessity,” Richard Moreton, Earl of Waverly said, his irritation with his sister increasing. She had been in his house for five days and still she would insist on pressing the point
—a point he had no intention of considering, and his patience was wearing thin. She had made scarcely veiled comments from the moment of her arrival, but this morning, she had overstepped the mark and he was determined to hear no more on the subject.

Lady Victoria Stanton, a tall, elegant matron of middle years, with dark hair and perceptive blue eyes, chose to ignore the disquieting light in her brother’s eyes and replaced her coffee cup none too gently in the saucer. Her aristocratic features showed her displeasure at what she perceived as his stubbornness, and she determined to pursue her point.

“Then you are a bigger fool than I gave you credit for,” she snapped. “I can’t believe a man of your intelligence is unable to see the advantage of remarrying. If only for the child’s sake, you should make some effort to find a wife.”

Finally, he could stand no more of her meddling in his affairs and threw his napkin onto the breakfast table. He pushed back his chair and rose quickly, his imposing frame taut with anger as he strode to the window to stand sightlessly gazing out over the mews, his hands balled into fists at his side.

Victoria turned in her chair; even though she spoke to his averted countenance, she was reluctant to relinquish her cause. “You are now thirty-four, Richard, and Julia is three. It’s high time you thought of marrying again. It’s not right that she should grow up in a male environment. She needs a mother, not just the influence of her nurse.”

The earl sighed with exasperation, his dark countenance appearing even darker. “My dear sister, there is absolutely no need for you to be so concerned on our behalf. I assure you, we do very well. She will have a governess when the time is right. I have no thoughts of remarriage. Indeed, I have no desire whatsoever for a wife. Julia and I fare very well as we are.”

Her Ladyship gave a heavy sigh, revealing her frustration at her brother’s constant refusal of what she saw as a perfectly reasonable desire to see him remarried. “Why must you be so obstinate? You have an obligation—a duty. I will never forgive you if you fail to produce an heir and allow Cousin Gerald to lay claim to the title and estates. It simply will not do. You are handsome enough, and your fortune is quite respectable. You have had half of society’s beauties throwing their cap in your direction these two years or more. Have you not seen one to take your fancy?”

When he gave no response, and thinking she knew the cause, Victoria spoke a little more kindly. “My dear Richard, you cannot mourn Elizabeth’s going forever. You have a life to lead and it grieves me to see you so unhappy.”

Still he gave no response, only to look briefly over his shoulder and cast her a look of dislike before resuming his unseeing contemplation.

Piqued, she continued, “If it wasn’t for that scowl you so habitually wear you would do very well. I vow, you can be quite charming when you have a mind to, but that frown you seem to constantly favor, puts
even me to fright at times.”

He turned. “If it does, it isn’t evident.” The scowl deepened, shadowing a pair of storm-grey eyes that at one time had been described as fine but now showed a coldness in their depths. His well-formed mouth was compressed with anger. Indeed, he was rarely known to smile, only Julia having the power to lighten his mood. Those who possessed a romantic turn of mind vowed that his austere air proved his devotion to his departed wife who had tragically lost her life in prematurely giving birth to their daughter. They perceived him as the loyal and grieving husband who had never recovered from her death.

Victoria bridled, showing her displeasure, “I see I have outstayed my welcome, Richard. I came to London whilst my Henry is in the north, merely to keep you company. He returns in two days and I shall leave for the country. I tire of the city and have imposed upon your hospitality long enough.”

Contrite now,
His Lordship turned from the window and came forward, hand outstretched. “Come now, Victoria, let us cry truce. It was not my intention to appear so disagreeable.”

Lady Victoria gave a reluctant smile. Even though, at times, he made it di
fficult for her to prove, she held an affection for her younger brother and was genuinely concerned for his loneliness, his inability to recover from his wife’s death.

“Let your Henry come here to you as arranged,” the earl said. “I will bear in mind what you say. Only for now, please let the matter drop. I will consider it in my own time. You must know I will not be browbeaten on the subject.”

She took his hand in both of hers, raising her eyes to meet his with a look of candid affection. “Why must we always quarrel? It has ever been the way. Even in the nursery we quarreled.”

His face softened slightly. “Although you are only a twelve month older than I, you have for ever had this tendency to order me. I have always been at your mercy.”

Her Ladyship chuckled. “Not that you ever took any mind of me. It was much the same then as it is now, but I won’t allow you to put me out of frame.” Then after a moment’s hesitation and watching his reaction from beneath lowered lashes, she asked in a nonchalant tone, “Do you expect to see Christina in town? Is she returned from Hertfordshire?”

Sharply he withdrew his hand from her clasp. “Is there no aspect of my life that you don’t know, or presume to comment on, Victoria? Are you aware of all my movements?”

Victoria folded her hands demurely in her lap, not meeting his gaze. “Your mistress is your own affair, though you must know ’tis common knowledge that Lady Christina Russell enjoys your protection and has these twelve months or more. Unless I am much mistaken, she fosters hopes of eventually snaring you.”

The earl raised his brows in disbelief that she would continue to press the point, but
Her Ladyship remained undaunted.

“Don’t get me wrong, Richard. I understand these matters. It’s quite acceptable for a gentleman of your standing to enjoy such arrangements, though if you had a wife…
.”

“Victoria, your understanding of these affairs is not as thorough as you think it to be. Therefore, you are not qualified to comment on them. Christina remains solely my concern and I will not discuss the matter further with you. I cannot believe your indelicacy in raising it in the first place. It seems you balk at nothing!”

Her Ladyship rose and shook out her olive riding skirts. “You are definitely less than charitable this morning. As your sister, I am perfectly entitled to raise such matters with you. Indeed, I would be failing in my duty if I did not.”

“As my sister, I would have hoped you to have had more delicacy of mind. Obviously I was wrong.”

She turned a haughty shoulder. “Then I will relieve you of my presence and perhaps you will feel in a more equable mood when next we meet.” Casting her brother a brief glance, she made for the door. “I am promised to Lucinda Hamilton this morning. We are to ride over to see Diana’s new arrival. At least that is something you cannot censure me over.”

“Give me strength,” he cried, casting his eyes heavenwards as he too strode from the room.

W
hen next they met over supper that evening, His Lordship made an effort to appear more amenable, even asking after Lady Diana Marchant’s new offspring.

“Oh he is a strapping lad, so much like his father,” Lady Victoria enthused, laying aside thoughts of their previous quarrel. “Indeed, he puts me in mind of my John when he was but such an age, though who would think it now, he being up at Cambridge this twelve month. Diana is well. I declare, she positively blooms. She sends you her love as always and we are invited to the christening. Even Julia is to come. Now don’t look at me in that reproving way, you so rarely accept invitations and it’s time that you went about more in society. Indeed, I positively insist that you go.”

“I take it then that Marchant will be on furlough for the event?” His Lordship said, deeming it prudent to ignore his sister’s remarks. “It’s an age since I last saw him. I suppose Diana will be prodigiously glad to have him home, if only for a short while. They don’t have it easy in the Peninsular.” Then after a moment’s hesitation he said, “By Gad, I feel it keenly that even though my wounds are completely healed, they won’t allow me to resume my commission.”

“You know that they can’t,” replied
Her Ladyship. “Not when you are needed in Whitehall. Castlereagh himself ordered it so. You are more valuable to them in your role at the ministry. No, I am indeed grateful that they wouldn’t allow your return. Besides, consider what would become of Julia should she lose you as well as her mamma?”

Richard was about to take a sip from his wineglass but, frowning slightly, he put it aside. “In such an event I would have hoped you would take t
he child?”

Victoria smiled reassuringly. “And so I would, you need have no fears on that head. However, it would prove far less traumatic for her if she had a mother to turn to…
.”

“What does Diana call the boy?” he asked, attempting a diversion, not wishing to repeat their earlier conversation.

“Ross, I believe. Ross Edward Marchant, a very solid name don’t you think? Diana is most unfashionable and devotes much of her time to the babe. On several occasions, I have tried to encourage her to employ more nursery staff, but she will insist on spending what time she can with the children. She tells me she has a cousin, Caroline Northam, staying with her. Although she was not present when we visited this morning, Diana states that, although somewhat quiet, she is a delightful girl and helps with the other two offspring whilst she devotes her time to Ross Edward.”

The earl appeared thoughtful, “I believe I have heard something about a Northam. If I remember correctly, Sir George Northam gambled heavily before taking his life. Is she of the same family?”